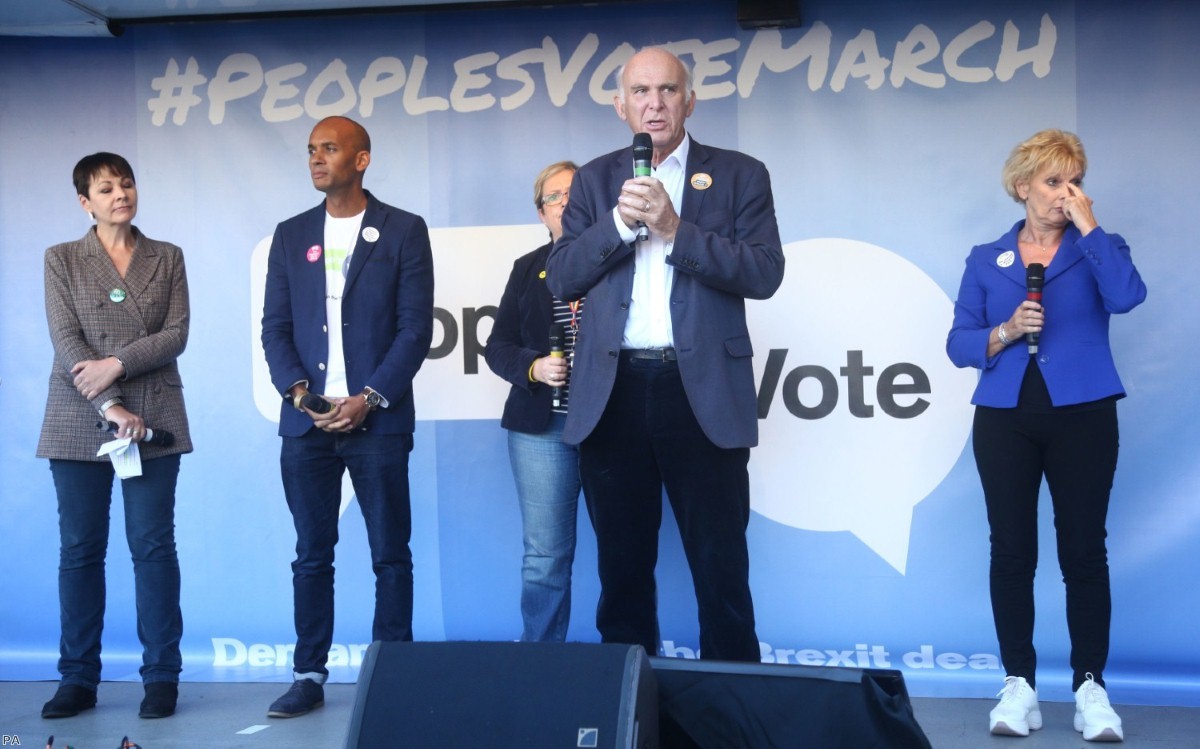 Now’s the time to demand Remain MPs work together

This weekend’s European election results were good news for internationalists in the UK. The parties that unambiguously back a confirmatory vote achieved 40.4% of the public vote in Britain, while those pushing the hardest of Brexits secured just 34.9%. The results counter a prevailing media narrative which assumed these Brexit forces would win.

The country is starting to change its mind. These results at the ballot box, correspond with what poll after poll has indicated: The country is beginning to turn its back on Brexit.

But in order to translate this sentiment into parliamentary action, internationalist MPs in all parties need to work better together. Failure to do so could mean we snatch defeat from the jaws of victory by allowing the government to deliver a mandate that is now out of date.

Inside parliament, there are a range of ways along which progressive MPs could work together – from caucusing to stop a no-deal Brexit to whipping for a confirmatory vote referendum, or, if we run out of time, even revoking Article 50 altogether.

The government, finding it has less and less room to manoeuvre, may be tempted to trigger a general election. This would be a de-facto attempt to achieve a Commons majority for no-deal. Even without majority support for the idea, such an outrageously undemocratic outcome could happen thanks to the vagaries of our first-past-the-post voting system.

In 2017, the Brexit alliance acted quickly. Ukip stood down for pro-Brexit candidates in hundreds of seats, ensuring votes weren't split. If the Brexit party now decided to stand down in marginal seats, or Nigel Farage and the new Conservative leader entered into a formal pact, their combined force might achieve a majority government on as little as 30% of the vote. Indeed, during his speech at the South East declaration on Sunday night, Nigel Farage made his intentions to get ready for a general election clear.

You don’t need to look too far back in the history books to see how easily this can be accomplished. In 2005, Labour secured 55% of the seats on just 35% of the vote. Back then, it was essentially a three party system in England, and a four party system in Wales and Scotland. Fourteen years on, our party political landscape is now more diverse, with Remain voters fragmented across several parties.

The failure of internationally-minded MPs to work together could be disastrous. Future generations may never forgive them.

The first step is to collaborate much more effectively in parliament, to find a way out of the current gridlock. If they're willing to do that in the Commons, then doing it outside, in the country, including in a snap general election, will be easier. Whether that would take the form of non-aggression pacts, joint commitments on stopping Brexit, or even closer electoral cooperation, can be determined later. What’s key now is that we tell internationalist MPs that we want them to work together.

Our chance is now. We know what needs to happen and we can help make it happen.

Naomi Smith is interim CEO of the stop Brexit campaign Best for Britain. The group's Work Together petition can be found here.