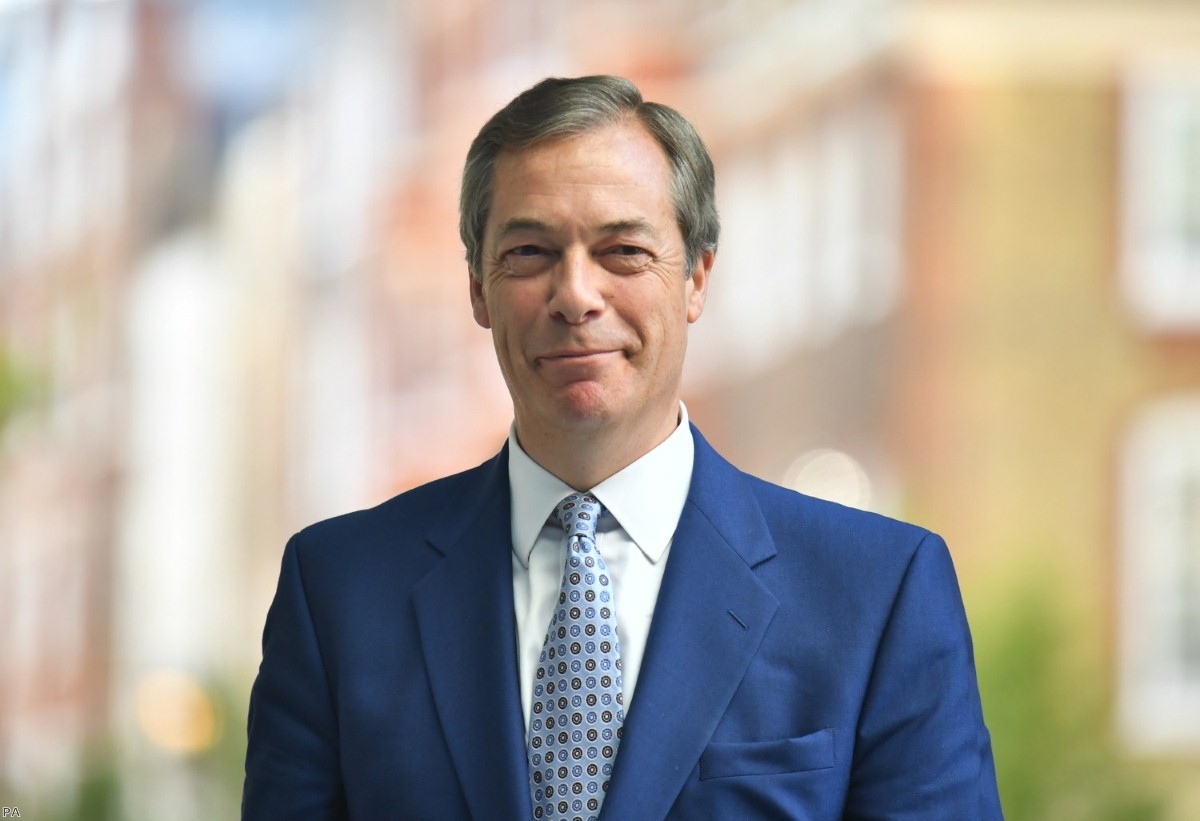 Nigel Farage's risible claims of BBC bias this week were remarkable not so much for his dismissal of any public scrutiny ahead of the EU elections, but for the way he was able to transform the country's premier current affairs programmes into scenery for his one-man show.

Opening night was Question Time last Thursday, when he faced such probing questions as: 'Should Labour and the Conservatives be worried about the Brexit party?' Even by his standards, Farage's performance was shocking in its gutter demagogy, calling to mind a cross between a pantomime villain and a pantomime horse's arse. It was a sign of the populist times that the horse-king was cheered on by the Northampton crowd, while Anna Soubry, the unlikely hero, seemed one call for a People's Vote away from being lynched.

The encapsulating moment came when the host, Fiona Bruce – who seems to think her job is to make the show more like Jerry Springer – suggested a moral equivalence between Soubry's reference to Farage's lies about Brexit and Farage's borderline incitement against sitting MPs.

This set the scene for Farage's re-enactment of Frost-Nixon – the play, not the interview – with Andrew Marr on Sunday morning. Confronted with the mildest allusions to his many racist comments over the years, Farage delivered a fiery speech. "What is wrong with the BBC?" he boomed. "I've been going round the country, speaking at packed rallies every night, and do you know who's not there? The BBC. And from this line of questioning, I can see why."

As Marr continued to poke him with pillows, Farage hit his stride: "You’re just not interested, are you? Let's talk about democracy, let's talk about trust in politics. This is ludicrous. I've never in my life seem a more ridiculous interview that this."

Farage knows about ridiculous interviews, having frequently appeared on the radio show of conspiracy nutbag Alex Jones. Yet while his behaviour looks like an improvisation meant to drown out Marr's embarrassing questions, Farage’s easy deployment of the line about the BBC not covering his rallies suggests he had it loaded and ready. Either way, he quickly saw its potential, telling journalists that "the BBC are now the enemy" and writing a whole article decrying BBC bias for the Daily Telegraph. Meanwhile, his wing of the Brexit campaign, Leave.EU – funded by diamond-mine populist and Kremlin favourite Aaron Banks – tweeted an edited version of the Marr interview with the host cropped out, and the message: "Marr gets eviscerated for repeatedly trying to smear Nigel. Bravo!"

For all their comedy, Farage's Trumpish tactics pose a genuine problem for liberal democracies. His pose as a truth-telling rebel means any attempt to ask him questions just feeds into his little passion play, with journalists and political rivals as unwitting extras. As Turkish author Ece Temelkuran points out in her recent book How to Lose a Country, trying to debate populists is like playing chess with a pigeon, or "a sword fight with ghosts".

Some argue that this situation calls for a more forensic style of questioning, along the lines of Andrew Neil's recent BBC interview with American conservative Ben Shapiro, who stormed out but later had to admit defeat.

Nasrine Malik in the Guardian, by contrast, makes the bold case that even when the interviewee loses the battle, they win the war. By giving extremists any platform at all you help them stretch the bounds of normal political discourse to include the previously unacceptable. But even leaving aside the question of who decides what is normal and acceptable, it's simply hopeless to try and no-platform someone who can reach millions via their own TV or radio show on the internet. Or are we to prohibit that too, and hand even more power to governments and tech companies?

No, the problem is not only what is being asked – Carole Cadwalladr has raised good questions about Farage's funding and political alliances – but how the interview is conducted. Today’s extremists get away with murder not because their ideas are so powerful, but because their performance leaves journalists looking like history professors at a Sex Pistols gig. So why play along? When a Farage type breaks into a bit of amateur dramatics, the interviewer should politely ask why their guest is suddenly behaving like a cartoon character. When he or she talks over the interviewer, they should be calmly asked why they are doing so, if not to avoid an unwelcome question. Anyone looking for tips on how to do this should refer back to pre-Paxman interrogators like Firing Line's William F Buckley, who not only unwrapped his guest’s ideas, but also tore apart their flashy packaging.

Populism, like any other politics, is about style and presentation as much as it is about ideas. It's long past time that journalists and liberal politicians upgraded their own, and stop playing the role their enemies have written for them.