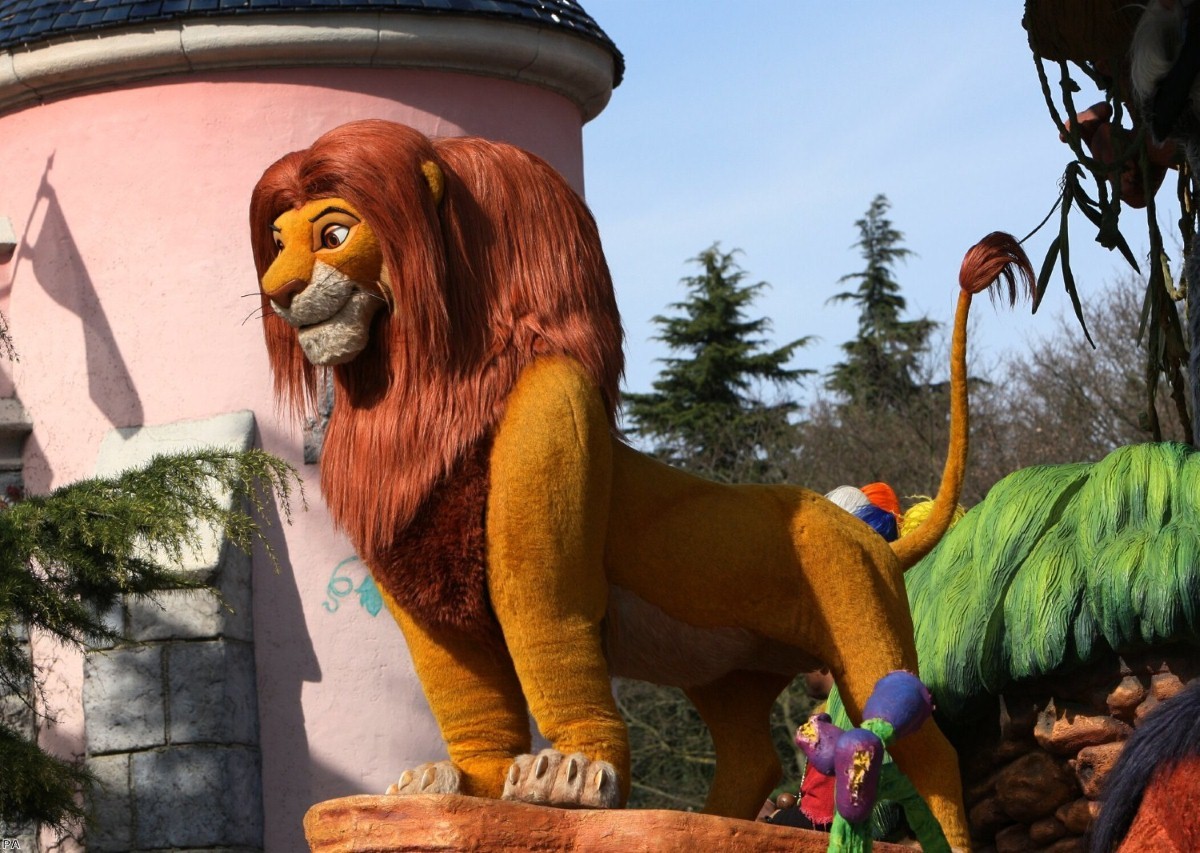 Face it: The Lion King is a crazed piece of capitalist propaganda

There's a live-action Lion King film coming out, so everyone has gotten lost in a childlike haze of nostalgia for the 90s film of their youth. But stop right there. Put aside your dreamy sentimentality.

You didn’t realise it at the time but your childhood enjoyment of the Lion King was actually your underdeveloped brain absorbing the propaganda of capitalism. And given that the new film seems to be a shot-for-shot remake, it's likely to now be delivered to a whole new generation of impressionable children.

Yes, that's right. That thing you like? It's problematic. Here's why.

From its opening scenes of the Savannah multitudes gathered to pay fealty to a new prince, the Lion King places hierarchy and authority at the heart of its narrative. Simba's early years serve as a guide to establishment values as he develops unquestioningly into his new role.

The first lesson he's taught is that of assumed authority and entitlement. Mufasa, the old king, explains to Simba that everything they can see, as far as the horizon, belongs to them.

The second thing he's taught is that there is a 'natural order' in which all living things on the Savanna are interconnected in a circle of life. The lions' contribution to this cycle is offered upon their death. Their bodies feed the soil and support the growing of grass for their erstwhile prey. The fact that the grass would continue to grow without this contribution is not mentioned.

The 'Circle of Life' is establishment propaganda. It's what the guys at the top say to make people think the system is set up for all members of society, whereas in fact it is set up for them to eat everyone. It's not a Circle of Life. It's a Pyramid of Death. I've sung the song with the new lyrics and it doesn't work, but it did make my five-year-old daughter cry.

Having outlined the basic precepts of this world, we learn that another lion, Uncle Scar, covets Mufasa's power. We know he's the villain not so much because of what he does, but because he expresses himself in a minor key.

Uncle Scar, unable to seize power through the use of his own physical strength, foments an uprising of sorts by channelling crowds of Wilderbeest – a Disneyfied proletariat – into a narrow valley. He organises for Simba to be present. Mufasa rushes in to save him and is killed.

A couple of interesting things happen there. First of all, notice the way the authority and respect of animals for their 'rightful leader' disappears when they act as a collective unit. And secondly, look at how easily they're dismissed. These proletarian hordes, who are quite happy to commit regicide at the drop of a hat, suddenly fade away when Uncle Scar takes charge. There's not even a hint that they might fancy taking things over for themselves.

Finding himself outside of the established power structure, Simba is now exiled to the wilderness and must live among the sassy, flatulent commoners. Initially, he is disgusted by our way of life but he eventually assimilates – eating grubs, sleeping rough in the woods and at no point attacking and then consuming his friends. Here he lives for a time in bohemian reverie with his inferiors until he bumps into an old associate and is recalled to seize back power from Uncle Scar.

And then everything just slips back to how it was. Though Simba was exiled and lived for many years with a new way of life, his character does not change. He simply returns to power and restores the previous status quo with himself at the top. It is his common friends, Timon and Pumba, who must change. Like Zazu and Rafiki before them, they find a role as collaborators within the establishment and remain safe from being eaten by their king.

The message is clear – the establishment will not change and your only hope is to join it. Marxists might call these two class traitors, but that would be unkind. They must simply make the best of bad circumstances. Like Nicholas Witchell, that is their crime, but also their punishment.

Since the original Lion King, we have seen the Arab Spring, a new Populism, and an instinctive cultural resistance to assumed power structures. Wherever you look, there are people challenging how things operate. Disney should take a page from that book. We deserve a Lion King movie where the Wilderbeest take over.

Ewan Cameron is a psychologist and writer living and working in Melbourne, Australia.