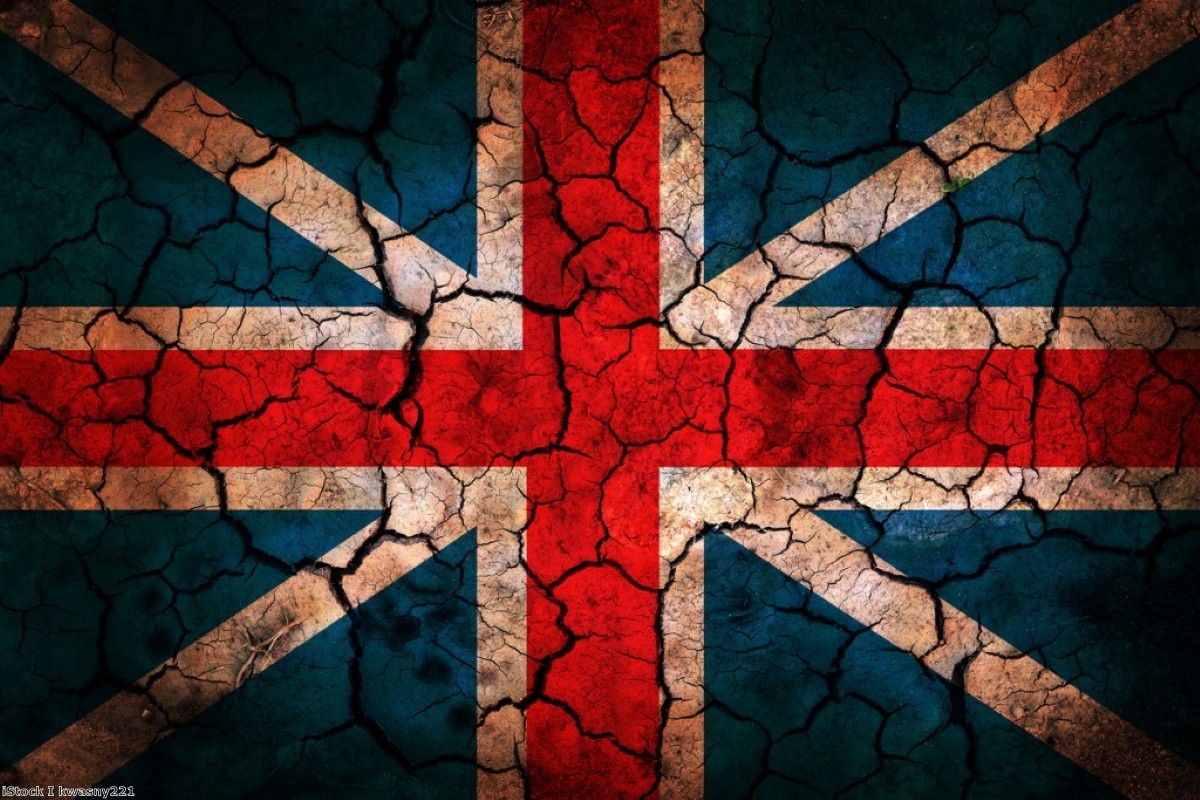 In September last year, we used new survey research to show that Remain and Leave voters are not homogenous groups and instead fall on a Brexit spectrum from hard Remain to hard Leave. People can be grouped into different voter types, based on what they believed to be the top priorities for the UK. These types proved to be a useful predictor of voters who might change their minds on Brexit and those whose views were more fixed.

We repeated and updated the research at the end of March in a UCL survey, with fieldwork by YouGov, of 5,000 representative UK voters. This time we also asked respondents to rank the four possible eventual outcomes of Brexit: Leaving with no deal, leaving with May's deal, leaving with a softer Brexit, or Remain. We focused on eventual outcome, not process or regret. In other words, we didn't ask about a second referendum, Article 50 extension or whether in hindsight the 2016 vote was the right decision.

The latest results still show a clear, consistent spectrum of voter types. Hard Remainers and hard Leavers have not changed their minds – but some voters more open to softer exit options have. Desired Brexit outcome seems to depend on voters' priorities for the country overall: above all, how important sovereignty is to them. The other crucial factor is who they are listening to – particularly about no-deal and its impact. Leave and Remain voters who care about sovereignty but not about immigration seem more open to compromise. So are Leave voters who are personally finding it difficult to manage financially.

By asking people to rank 13 challenges facing the UK over the next five years we identified four main types of voter where each type has distinct sets of priorities.

We separated out these types by their 2016 referendum vote: Leave, Remain and Did Not Vote. There were too few Lib-Dem-like voters who voted Leave or didn't vote to identify them in our survey sample, but the other types exist in all three referendum groups and across the parties – mostly, but not entirely, in line with their stated priorities.

The struggle that both major parties are facing in maintaining their coalition of voters (and MPs) is immediately apparent.

Are voters changing their minds on Brexit?

The top choice of Brexit outcome for each voter type is shown below. Overall there is a clear plurality for Remain, but dramatic differences in how these preferences are spread across the types.

Ranking among four Brexit outcomes is not the same as asking voters how they would vote in a new referendum. This is what most polls ask and there is often either no defined Leave option, or just a single Leave specific option like no-deal. But it is reasonable to assume that a Leave voter ranking Remain has changed their mind, and a Remain voter not choosing Remain first has either changed their mind or is willing to compromise.

Hard Remainers and hard Leavers have not changed their minds. There does however seem a shift in sentiment among Left Wing Leavers with a quarter them now ranking Remain as their top preference and also among Sovereignty Remainers. Leave voters who have changed their minds mostly voted Labour in 2017 while changing Remain voters mostly voted Conservative. This means that as Labour has become more Remain, the Conservatives have become more Leave.

But are voters still changing their minds? Not really. Last September, we asked people how they would vote in a new referendum. Back then, just over 80% of Sovereignty Liberals and 70% of Conservative Remainers said they would vote Remain again, while 20% of Left-Wing Leavers had changed their minds and would now vote Remain. Overall, the numbers now are pretty similar. While Left Wing Leavers now seem slightly keener on Remain, and Sovereignty Remain voters seem to prefer some kind of Brexit deal, there hasn't really been a significant shift in sentiment.

Along with a clear preference for Remain among those who did not vote in 2016, this is consistent with polls showing a perceptible but slow shift from Leave to Remain over the last year.

If people aren't changing their minds, is there room for compromise?

Following the repeated failures of Theresa May's withdrawal agreement to gain a majority in the Commons, many have advocated a softer Brexit as the best compromise outcome. These range from a permanent customs union to the Common Market 2.0 proposal. But only 13% ranked a Softer Brexit as their number one option. Left Wing Leave voters were the only cluster to prefer Softer Brexit in significant numbers, with 27% of them ranking it top.

Nevertheless, Softer Brexit was very popular as a second-choice option across the voter types. Indeed, a majority of all voters ranked it second. Using an established ranked voting method, it was the overall population ranked voting winner. This is because Remainers strongly reject No Deal and Leavers strongly reject Remain. Remain voters also influence the ranking more than Leavers because they are more united in their rankings than Leave voters and heavily wanted Softer Brexit as their 2nd choice. Leave voters tend to prefer the withdrawal agreement to Softer Brexit.

Yet for each Leave voter type, Softer Brexit is strongly preferred to Remain, even though arguably Softer Brexit entails less sovereignty than Remain. This ties into NatCen's research showing that Brexit identity is now much stronger than party identity for voters. As a Leave voter, it seems 'leaving' matters over and above whether the form of leaving meets your priorities. This also helps explain why those who did not vote in 2016 are in the middle across all of the questions we asked – they don't have a Brexit identity to protect.

What do worries about the economy tell us about voter preferences?

The survey also looked at differences in perceptions about the economy between Leave and Remain voters. Warnings about No Deal have been steadily increasing in volume and intensity for the last six months – but while they seem to have put the fear of god into most Remain voter types, they are not impacting on Leave voters.

Why do voters who have similar priorities, but voted differently in 2016, feel so differently about no-deal? Of the Sovereignty Leaver types, less than a quarter are 'very or fairly worried', compared to more than two thirds of Sovereignty Remain types.

The only difference in priorities between Sovereignty Leavers and Sovereignty Remainers is that the economy ranks higher for the latter. Government messaging during the referendum campaign about the economic damage that would be done by Brexit has often been branded as a complete failure, yet for these particular groups of voters – who might have been inclined to vote Leave – it seems to have been effective. Continued warnings about the impact of no-deal have also clearly been taken seriously by these clusters – but not by their Leave brethren. Is this about identity or is it also about which sources of information you access and which voices you trust? Perhaps more Leave voices such as Peter Osborne might make a difference.

The survey also questioned respondents about their own personal financial situation, asking them how easy they find to manage financially. Among Leave voters of every type it was noticeable that those with a worse personal financial situation were more likely to be worried about the economic impact of no-deal and less likely to want it. Preference for no-deal is disproportionately favoured by Leave voters best positioned to weather any economic impact.

Implications of our research for the future

There is a clear spectrum of voter types, each type with a distinct set of priorities for the UK. Sixty per cent of the population belong to groups with entrenched attitudes about Brexit, while 40% are potentially more open to persuasion and compromise. The priorities and distribution of the types across the country and within party was almost exactly the same as in September 2018 – suggesting that these are stable and meaningful ways of understanding voters.

While the overall preferred outcome is a Softer Brexit – the natural compromise – this was hardly anyone's first choice, and it is much more preferred among Remain voters than Leave voters. Even among the voter types which we identified as the most likely to compromise (the Sovereignty Remainers and the Left-Wing Leavers), the preferred outcomes and degree of trust in official warnings about no-deal seemed to be more influenced by their original referendum vote rather than any shared priorities across the Brexit divide. This means that whatever the outcome of Brexit – and whichever means are used to bring it about – most people will not be happy.

MPs of both parties and both Brexit sides often argue against options to resolve the impasse on the grounds that they will be divisive. Jeremy Corbyn and Theresa May both claim that their version of Brexit will heal the divisions or others that a referendum will unite the country. But it is time to add another unicorn to the Brexit uplands – there is no magical Brexit outcome that will unify us. It quite simply does not exist.