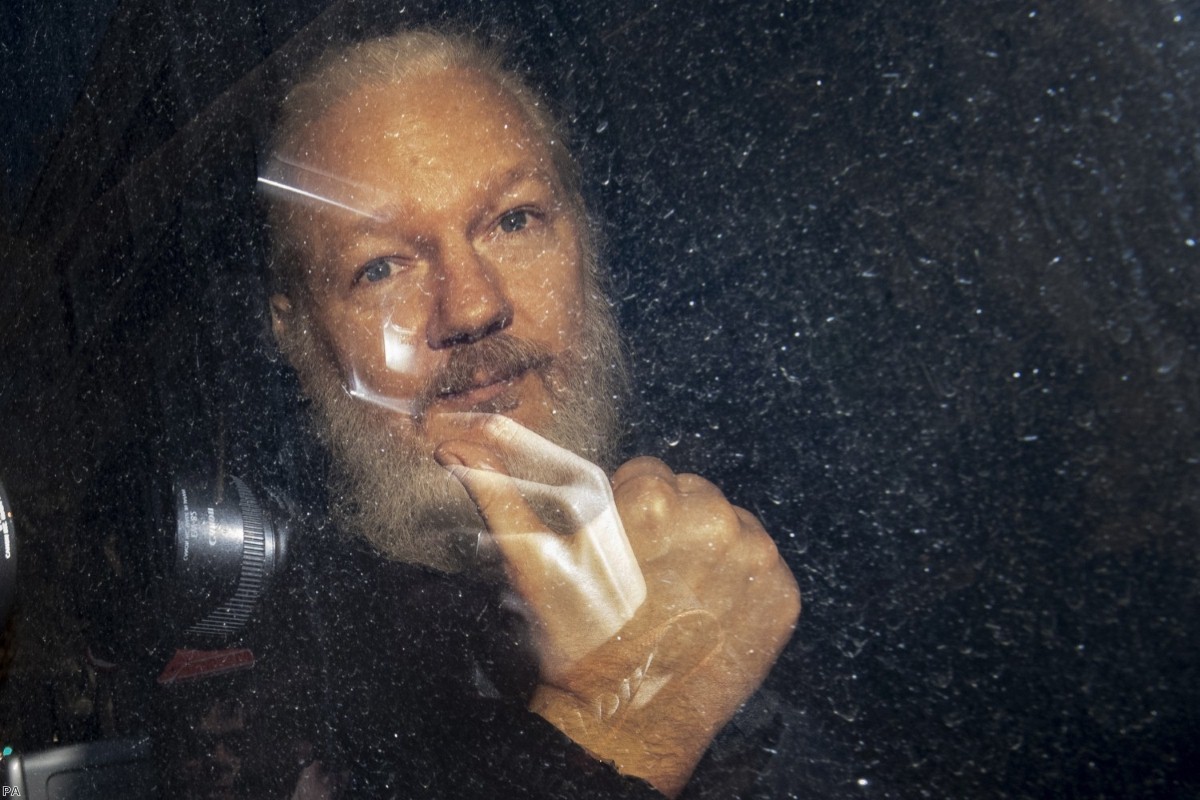 Playing for time: How Brexit could help Assange beat the extradition system

Julian Assange is probably the most famous fugitive ever subjected to the extradition process. After his arrest yesterday in the Ecuadoran embassy after the country removed his asylum status, he now faces an extradition request from the US, relating to computer hacking offences. It’s also possible that he will again be the subject of a European Arrest Warrant (EAW) – a form of fast-track extradition process established by EU law – issued by Sweden in respect of allegations of rape.

He’s entitled to the presumption of innocence and a fair trial as regards any allegations, although he was already convicted yesterday of failing to surrender to bail when he went into the embassy to avoid the execution of the previous Swedish EAW. The sentence will be decided next month. I will also leave aside the merits of Assange's politics. However, it should be noted that the US extradition request has nothing to with allegations concerning the 2016 US election. The UK/US extradition treaty says that if extradition is granted, Assange could only be tried by the US for the offences for which his extradition is sought.

The focus of this blog post is to explain what happens if a Swedish EAW for Assange is issued again, particularly in light of the continued possibility that Brexit may still happen in the near future.

Assange fought the previous Swedish EAW up to the UK Supreme Court in 2012 and lost.  His unsuccessful argument was that a European Arrest Warrant could never be issued by the public prosecutor of an EU Member State. At the time, no UK court was able to ask the Court of Justice of the European Union (CJEU) to answer any questions about EU criminal law, since it had no jurisdiction over UK courts and EU criminal law until 2014. As it happens, the CJEU answered similar questions in 2016, ruling that public prosecutors, as distinct from the police, could issue EAWs, as long as they were independent. The CJEU will be ruling again on this issue later this spring.

Although Sweden withdrew its EAW while Assange was in the embassy, that was explicitly only because it was unenforceable while he was there. Now that situation has changed, the Swedish authorities are considering another investigation, which might lead to the issue of a fresh EAW. The argument that Assange should not have been charged with skipping bail because the EAW was withdrawn is therefore circular: the EAW was only withdrawn because he skipped bail.

What happens if a new Swedish EAW is issued, given that it would create a conflict with the US extradition request? Neither the EU law on the EAW nor the UK's Extradition Act settle this issue definitively. The latter refers to issues such as the seriousness of the alleged offences and the time they were allegedly committed. Possibly the statute of limitations in Sweden would be relevant. The UK may choose to postpone applying the Swedish EAW until Assange serves his time in the UK, or it may send him to Sweden on a temporary basis. Either the UK courts or the Swedish courts could ask the CJEU to give a fast-track ruling on any EU law issues in the case. Those rulings usually take about four months.

If Assange is sent to Sweden on the basis of an EAW, new questions might arise if the US then sends an extradition request to Sweden. In that case, the EAW law says that Sweden would need the consent of the UK to give effect to the request. Sweden also applies the EU/US extradition treaty (the UK opted out of this), so there would be a second EU law angle in play.

There could be human rights challenges to Assange's extradition to the USA, whether under national law, the ECHR or the EU Charter of Fundamental Rights. The American Civil Liberties Union has also expressed its concern that the extradition request could amount to a challenge to the freedom of the press in the US Bill of Rights.

Finally, despite the recent delay to Brexit day, there could be complications if Brexit happens in the midst of Assange challenging any Swedish EAW. Although the CJEU has ruled that the EAW law applies to the UK up until Brexit, what happens after it leaves could be uncertain. If the withdrawal agreement is ratified, EAW law continues to apply to the UK up to the end of a transition period – which lasts until the end of 2020, but can be extended for one or two years.  At the end of that period, the EAW still applies as long as the fugitive was arrested on the basis of it before Brexit happened. The CJEU will still have jurisdiction over any request from UK courts sent before then. But it should be noted that the statute of limitations for the Swedish allegations – no matter what happens – runs out in mid-August 2020.

That statute of limitations gives Assange an incentive to challenge any Swedish EAW until the time runs out. If the UK leaves the EU without a deal, he will have extra opportunities to do so. Ordinary extradition law will apply, so Sweden could issue a standard non-EU-based extradition request like the US has. However, ordinary requests take more time on average to process than EAWs.

There might also be confusion because it's not clear what happens to pending EAWs in a no deal scenario. Although UK law says that the EAW will still apply if Assange has been arrested on the basis of an EAW or extradited before that date, recent EU Commission guidance states that EU law will no longer apply to pending cases.

So if a Swedish EAW is issued again for Assange, there’s a prospect not only that two complex extradition processes will intertwine with each other – but also that they might both become intertwined with the interminable convolutions of Brexit. It's an extremely complicated legal situation and one made even more tortuous by the UK's exit from Europe.

Steve Peers is professor of EU, human rights and world trade law at the University of Essex.