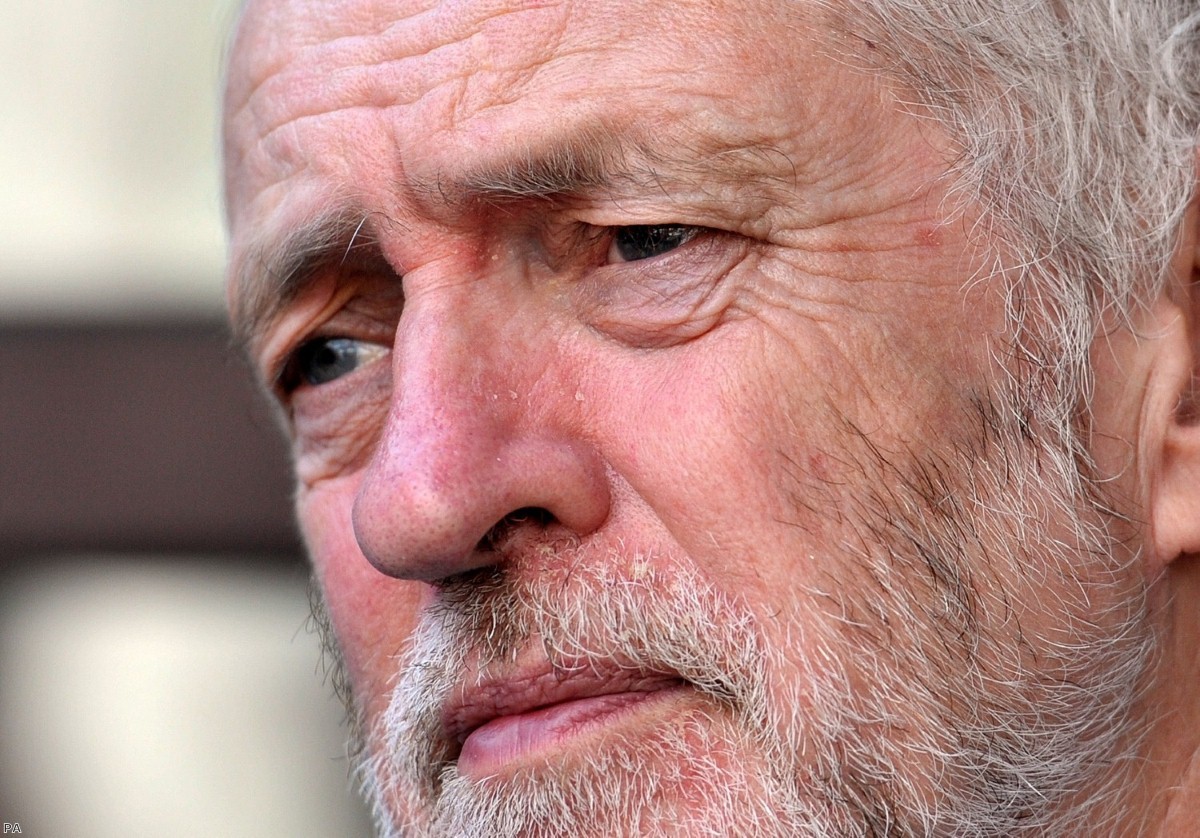 Is Jeremy Corbyn a democrat? His fan-base will obviously reject such a question out of hand. Even those who aren’t quite so besotted with the Labour leader might still think it a bit provocative. But actually, it turns out to be more difficult to answer than you might suppose.

One reason it’s hard to answer is that Corbyn rarely, if ever, talks about democracy – except as applied to Labour party internal affairs. He has also deleted from his personal website links to most of the articles and speeches he has given since he was first elected as an MP in 1983 – over three decades’ worth.

But we can come up with a fair analysis. A useful place to start is Labour’s 2017 Manifesto. A section entitled Extending Democracy states that the party “will establish a Constitutional Convention to examine and advise on reforming of the way Britain works at a fundamental level”.

This potentially very radical proposal received virtually no attention during the general election or since. The BBC summary didn’t even mention it. But its importance can hardly be understated.

The UK has virtually zero history with constitutional conventions – a device usually invoked when a country faces a major crisis or change, such as a revolution, independence or, well, an authoritarian power grab.

It’s interesting that just when Corbyn was unveiling his idea for a constitutional convention, Venezuelan leader Nicolás Maduro – with whom he has close ties – was doing the same. Following large-scale protests, he tried to bypass Venezuela’s 1999 constitution and its National Assembly by appointing an assembly loyal to himself. He did this on May 1st 2017, just as Labour’s manifesto was being finalised.

Labour’s constitutional convention, on the other hand, would be “about where power and sovereignty lies”. Yet there is nothing in the manifesto about how it would be constituted, very little about what it would consider and no description of what its limits would be. A search of Labour’s ‘policy forum’ website returns zero results.

So it could be nothing or it could be… something. Labour’s proposal – and its general attitude to democracy – deserves much greater attention.

There’s a good starting point for judging this type of thing in one of the most interesting political books of last year: How Democracies Die, by Steven Levitsky and Daniel Ziblatt. The central message of their book is that modern democracies are less often overthrown through military coups than they are eroded by authoritarian populist leaders using the rhetoric of giving ‘power back to the people’.

One very interesting section of their book sets out a handy guide to “key indicators of authoritarian behavior”. It is worth applying them to Corbyn’s Labour.

Let’s take them in turn.

Rejection of (or weak commitment to) democratic rules of the game

There is some evidence of this in the recent past. A video released on Twitter recently showed that in 2011 Corbyn attacked voters for rejecting his preferred candidate. “I condemn the people of Milton Keynes for the mistakes that they made in the May election,” he says.

He then goes even further by saying “I condemn the people of Milton Keynes for the mistakes that they made in the May election”: pic.twitter.com/pV7PFDJkAs

There is also the treatment of MPs. In representative democratic systems, MPs are elected to represent the whole country, not the party. Unlike parties which are influenced by Communist traditions, like South Africa’s ANC, they are not considered ‘deployees’.

But there are disturbing signs that Labour sees its MPs as just that – ‘deployees’ who should be completely under the control of their local party members, with any deviation punished by deselection. Labour MP Chris Leslie pointed out in September last year, after facing a vote of no confidence himself, how a wave of such threats was spreading across the party. Several MPs have fought similar battles against left-wing activists in their local organisation.

This is a clear break with UK constitutional norms. MPs are representatives of their constituents not of their local party memberships, which is a very small slice of the electorate.

Denial of legitimacy of political opponents

Levitsky and Ziblatt also ask: “Do they baselessly suggest that their rivals are foreign agents … secretly working in alliance with (or the employ of) a foreign government”.

Many of Corbyn’s supporters do frequently attack their own internal Labour party critics, as well as other parties, in intemperate terms. Internal critics have been denounced as ‘Tories’, ‘Blairites’, and more recently ‘centrists’, which in this context is derogatory and often implies a wish to undermine the leadership. Some Jewish Labour MPs have been subjected to anti-semitic abuse and many on social media are told that they are agents of Israel.

This sort of abusive politics is operating at a level of intensity we’ve not seen in recent decades. But it is happening, it has to be said, across the political spectrum. And it’s not yet at the level seen in the US under Donald Trump or Hungary under Viktor Orban.

Toleration or encouragement of violence

Despite attempts to hide his past, Corbyn’s support for, or excusing of, violence by ‘national liberation’ movements in Israel/Palestine, Ireland and elsewhere is well documented. Only two weeks after an Brighton bomb, he invited convicted IRA volunteers Linda Quigley and Gerry MacLochlainn to the House of Commons.

In 2011, McDonnell told a ‘Unite the Resistance’ rally that he wanted to see a situation where “no Tory MP can travel anywhere in the country or show their face in public without being challenged by direct action”. He also said: “Any institution or any individual that attacks our class, we will come for you with direct action.”

In June 2017, immediately after a general election which Labour lost, McDonnell said “a million people should take to the streets to force Theresa May from power”.

Readiness to curtail civil liberties of opponents, including media

There is no evidence that a Corbyn government would curtail civil liberties in general, or specifically those of their political opponents. Corbyn’s hostility to the hated “mainstream media’ is obvious but there is, as yet, little evidence that would translate into restrictive measures against it.

In that he is of course no different from many Western democratic politicians of the left, right and centre who have frequently befriended or supported repressive regimes overseas for a variety of motives – some legitimate, others less savoury. It doesn’t make him an incipient authoritarian himself.

So, is Corbyn a democrat or an incipient authoritarian? There is something troubling about the casual way the constitutional convention was thrown into the 2017 Labour manifesto, especially when you think of the way he, his frontbenchers, and his supporters sometimes behave. It certainly raises questions about how far they really respect, or even understand, democratic norms. There is plenty of evidence that they are willing to bend, if not break, them.

At the very least the UK electorate deserve to be told how Corbyn would like to change the way Britain works “at a fundamental level”. His record raises enough questions to demand that we be given more answers.

Prof. Colin Talbot is part of a project at University of Cambridge called Brexit|Org|Gov which is monitoring organisational changes in Government and public services resulting from Brexit.

The opinions in politics.co.uk’s Comment and Analysis section are those of the author and are no reflection of the views of the website or its owners.