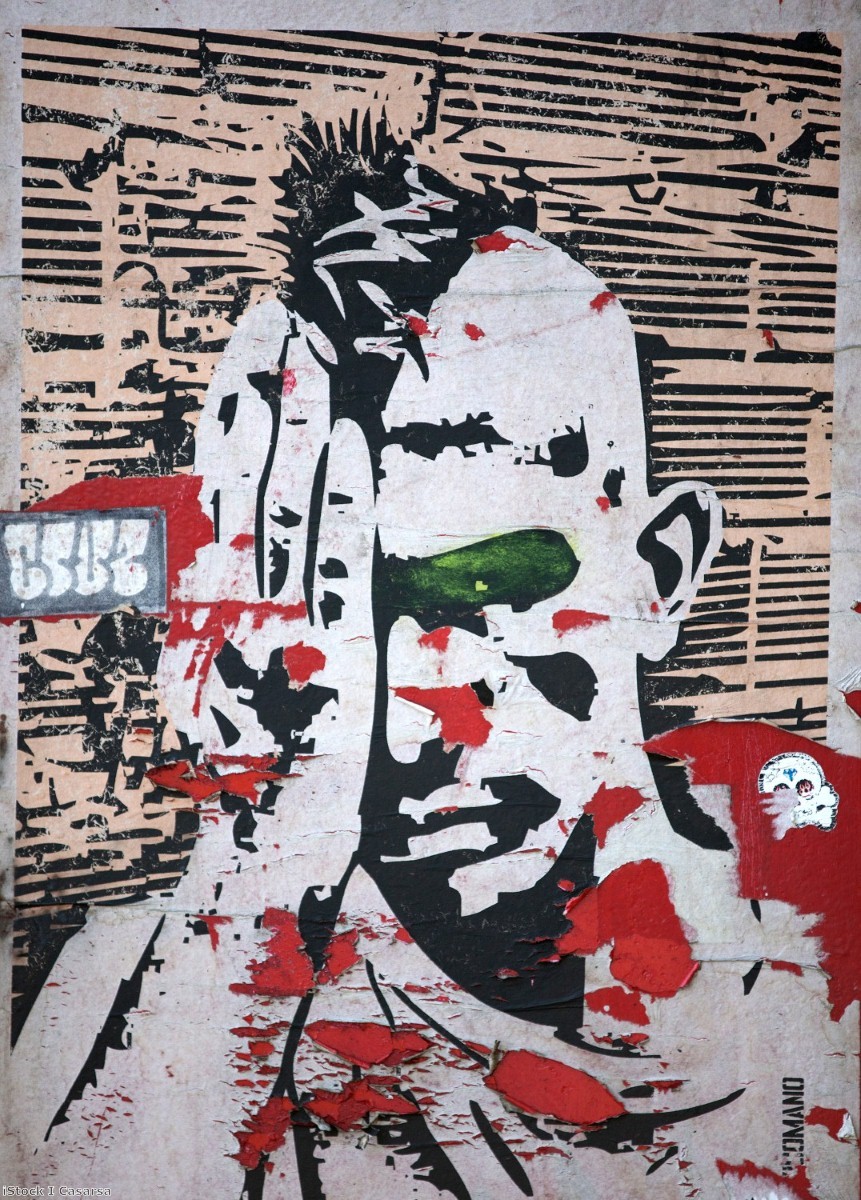 Being nice is the new punk

"God save the queen / the fascist regime / they made you a moron / a potential H bomb".

The Sex Pistols' God Save the Queen is probably the most well-known punk rock song in the world. The lyrics, which are instantly recognisable today, were considered extremely controversial when it was released in 1977. But by our current standards, they barely raise an eyebrow.

On social media, accusations of fascism are flung from left and right like confetti. Culture war terminology, most of it unpleasant, has seeped into the collective consciousness. 'Gammon' and 'gaslight' were both shortlisted as candidates for the Collins dictionary word of 2018. Outrage marketing, horrifically, is an actual thing.

Not even the harmless smiley-face symbol is safe. What was once used to denote genuine happiness is now there for sarcastic mockery.

The degradation of civility online happened at startling speed. This is mostly due to algorithms. Social media sites give prominence to content that generates a significant amount of engagement in a short period of time. The consequence is that people who want their messages to be widely seen need to frame them in the most provocative way possible.

There's little incentive for social media platforms to change this approach. Your engagement is their currency and whatever they can do to elicit it, they will.

Conflict always attracts an audience. Just as the gladiators filled amphitheatres, Twitter – now routinely referred to by its own users as a 'hellsite' – provides a platform in which those battles can be fought in real time. And they are. Watching a Twitter spat is like watching people attempt to gouge each other's eyes out in written form. The audience is key. Whoever gets more 'likes' wins. There's a reason Donald Trump conducts his presidency through this medium.

Gideon Rachman correctly identifies him as a potential Hegelian 'world-historical figure' – someone who embodies the zeitgeist of the moment. The zeitgeist is angry, aggressive, brash, brutal. Trump reflects all of these traits.

His reality television experience informs his style of engagement. Like Bane, Trump was born into the darkness and moulded by it. Others have merely adopted it, including, in a far less intuitive way, the British establishment.

Theresa May tried her level best to embrace the vibe, peppering her pre-GE17 speeches with unnecessarily aggressive barbs towards "citizens of nowhere", accusing the EU of meddling in British democracy, and allowing the press a free rein to attack UK institutions, including the judiciary.

Jeremy Corbyn, tries to stay above the fray, but in reality the attacks on his opponents are simply outsourced to an aggressive, perpetually sarcastic set of social media outriders.

The current zeitgeist is embodied by an 'up yours' attitude. It feels a bit like 70s punk has taken over and become the working approach of the British establishment. Loaded editor Martin Daubney even pronounced recently that Brexit was punk rock.

But that's not right. They've looked at the surface of a thing rather than its content.

Punk ideology is specifically anti-establishment and pro-individuality. It's vehemently against the idea of selling out by embracing mainstream habits. Leave won, rendering the result mainstream. No punk would go near it. And they'd certainly not stand shoulder-to-shoulder with establishment figures such as Boris Johnson and Jacob Rees Mogg.

Punk today would oppose the current zeitgeist, fight the establishment and not sell out. And that means… being polite.

Next time you're feeling controversial, try dabbling in a little counterculture. It's not about being saccharin sweet in every online interaction. It's not about cleaning up your language. You can swear as much as you like.

It's about refusing to sell out your values to an algorithm. They're trying to hack your brain. Don't let lines of code dictate your emotions. You're an individual. Beat the machine. Screw the zeitgeist of the provocateur vs the hair-trigger provoked.

People will try to goad you. They rely on it. When you lose your patience, you let them win. So engage in good faith. Don't allow yourself to be baited. Reject the establishment vitriol. Ad-hom is so mainstream it's boring. Decide to engage with the idea, rather than the personality. Less 'fuck you' and more 'fuck that'.

Decide to be considerate, respectful, principled, kind and generous. Be everything the establishment isn't.

Polite is the new punk. Fuck the system. Be nice.

Bex Coates is a teaching fellow at UCL's Department of Science and Technology Studies, and  a Royal Institution Freer Trust doctoral student. She is responsible for communications and media management at ESA's Ariel mission and the Twinkle Space Mission.