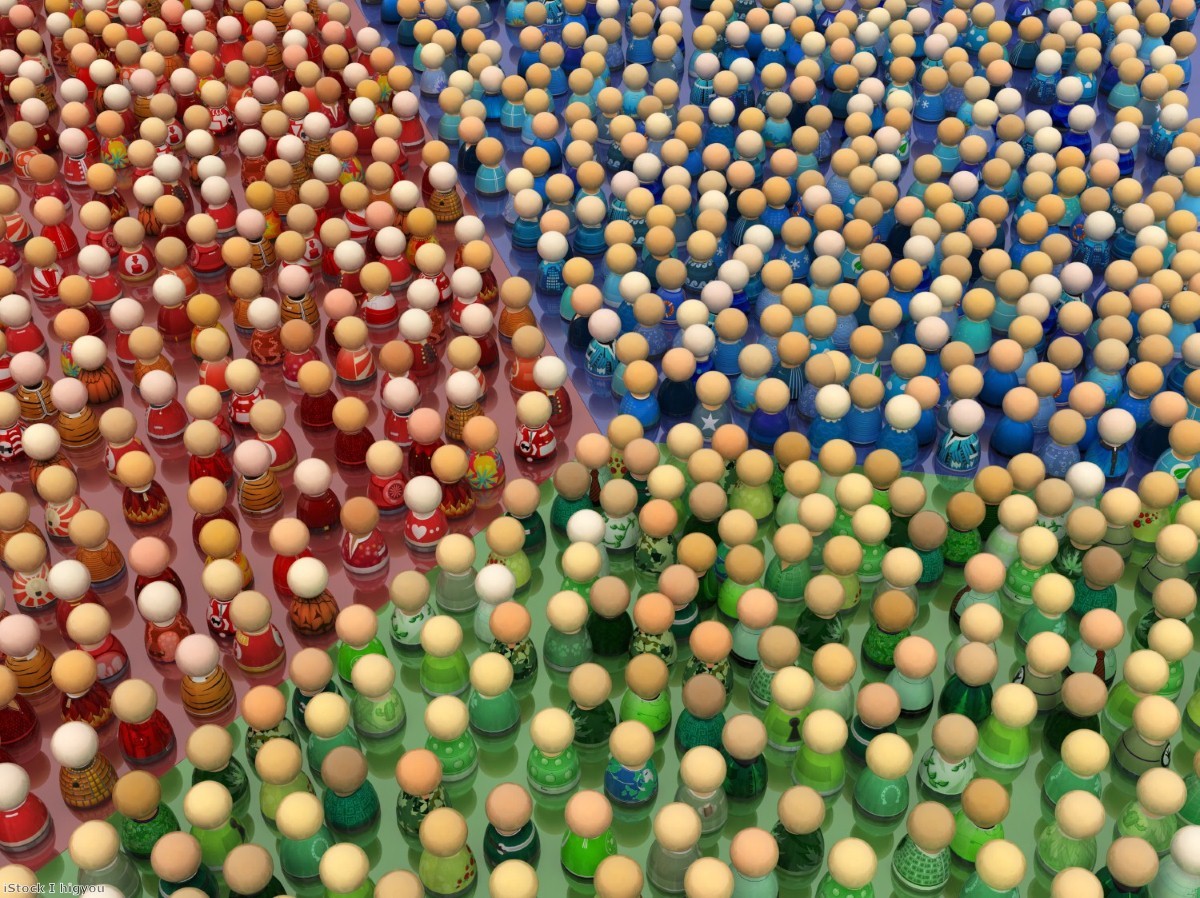 People’s Vote analysis: 40% of the public up for grabs by either side

By Christina Pagel and Christabel Cooper

We treat Leavers and Remainers like two immoveable camps, but the truth is that voters are on a Brexit spectrum. At least 40% of the population fit neither the caricature of the Ukip Brexiter nor the 'citizen of nowhere' europhile. This 40% are really the only people who might change their mind on Brexit in any great number. Remainers who are serious about not just getting a People's Vote but winning it need to persuade the moderate Leavers and keep the moderate Remainers. Understanding their priorities helps to do that.

Finding out what people care about

In September, we carried out research for the People's Vote campaign, using a large YouGov survey. We asked over 8,000 respondents to rank, in order of importance, 13 challenges facing the UK over the next five years. Combining each respondent's priorities into a whole-population ranking gave the following prioritised list of challenges.

This overall ranking hides many different types of voter, each type with distinct priorities. We applied a cutting-edge bespoke algorithm to sort Leave and Remain voters into four groups each, where each group was made up of people who ranked the challenges similarly.

How many of each voter type are there?

What do the eight types of voter care about?

The full tables of the priorities for each of the eight types are at the end of this article for those interested, but a snapshot of how the voter groups differ is shown in the table below, using five of the thirteen challenges. The cells are coloured according to importance for each group – for instance the 'Ukip-like' group overwhelmingly rank limiting or reducing immigration as a top three priority while almost none of them prioritise reducing inequality.

The demands that the UK have control of its laws and regulations and that it be able to strike independent trade deals were almost always ranked together so, for ease of discussion, we've often grouped them together as 'sovereignty'. The main characteristics of each group are:

How likely are these voter groups to vote Remain in a new referendum?

Remain voters are not all locked into Remain

Over 95% of both the 'left wing' and 'Lib Dem-like' voters are committed to Remain and only one per cent say they will vote Leave. That's unsurprising since neither the sovereignty nor the immigration appeals of the Leave campaign resonate with their priorities. However only 84% of 'sovereignty liberals' are definitely prepared to vote Remain again. Since they care most about the economy and sovereignty, presumably some of them are persuaded that the economy might not suffer following Brexit. The priorities of the 'sovereignty conservatives' make it hard to see why they ever voted Remain in the first place since sovereignty and immigration are their top concerns – and indeed only 73% say they would definitely vote Remain again. Presumably, for these voters, Project Fear was decisive in 2016 and if that fear lessens there would be less to hold them to Remain. Both of the 'sovereignty' Remain groups have significant numbers of undecided voters.

Some groups of Leave voters are open to voting Remain

Less than four per cent of the 'Ukip-like' and 'sovereignty conservatives' groups have changed their minds, which is unsurprising since both voter groups care strongly about sovereignty and immigration. However, the importance of the economy to the 'sovereignty liberals' and their lack of concern about immigration do seem to have led to some second thoughts, with almost ten per cent of them having switched to Remain. The Lexiters are the softest Leave group with 20% having changed their mind – presumably after being put off by the march of Brexit to the Tory Right. About 12% of both the 'sovereignty liberals' and 'Lexiters' are undecided.

How are these voters distributed across parties?

Below we can see how the voter types are spread within each party.

Almost 90% of Conservative voters fall into groups for whom sovereignty is important and over 60% also care a lot about immigration – including many Tory Remainers ('sovereignty conservatives'). The Tory approach to Brexit may be dividing the country, but it is likely to be much less divisive for their voters. There seems very little room for Theresa May to shift to a softer Brexit and maintain support from Conservative voters.

Meanwhile, Labour's Remain voter base is apparent, as is their clutch of Lexiters. It is unclear who the current Labour Leadership is actually pleasing with their Brexit strategy – certainly not the 52% of Hard Remain Labour voters and yet presumably not the ten per cent of Hard Leave Labour voters either. There is also an intriguing possibility that if there were a new referendum and Jeremy Corbyn actively campaigned for Remain on an inequality, jobs and services platform, he could persuade many Lexiters to vote Remain.

What does our research mean?

Our analysis has provided a new understanding of different types of voter and what might cause them to change their mind in a new referendum.

There are baked-in Leavers and Remainers – each around 30% of the population – who are very unlikely to change their minds.

The other 40% of the population are softer voters: four distinct groups, roughly about ten per cent of the population each and equally split between Leave and Remain. Brexit discussions often assume that either these soft groups don't exist (eg Brexiteers claiming to speak for all Leavers or Remainers assuming the Remain vote is locked in) or that they are bigger than they are (eg Remainers arguing that many Leavers have changed their minds – they haven't). A significant proportion of all these groups remain undecided, and likely persuadable, on how they would vote in a new referendum (nine per cent of soft Remainers and 13% of soft Leavers).

There is also often an assumption that soft voters have the same priorities as the baked-in groups, just held less fiercely. This is just not true and is likely to be counterproductive. Assuming that 'sovereignty liberals' and 'Lexiters', for instance, care about immigration is missing the point completely. Assuming that all Remainers are left-leaning also risks alienating them.

Remain campaigners need to concentrate on keeping the soft Remainers just as much as persuading the soft Leavers. Emphasising the control the UK has within the EU together with the overwhelming economic argument for Remain seems the most persuasive message for the three soft-sovereignty voter groups.  Lexiters are the main soft leavers and 20% of them have already changed their minds – a full throated Labour leadership campaign for Remain could probably persuade many of these to switch.

The full priorities for each group