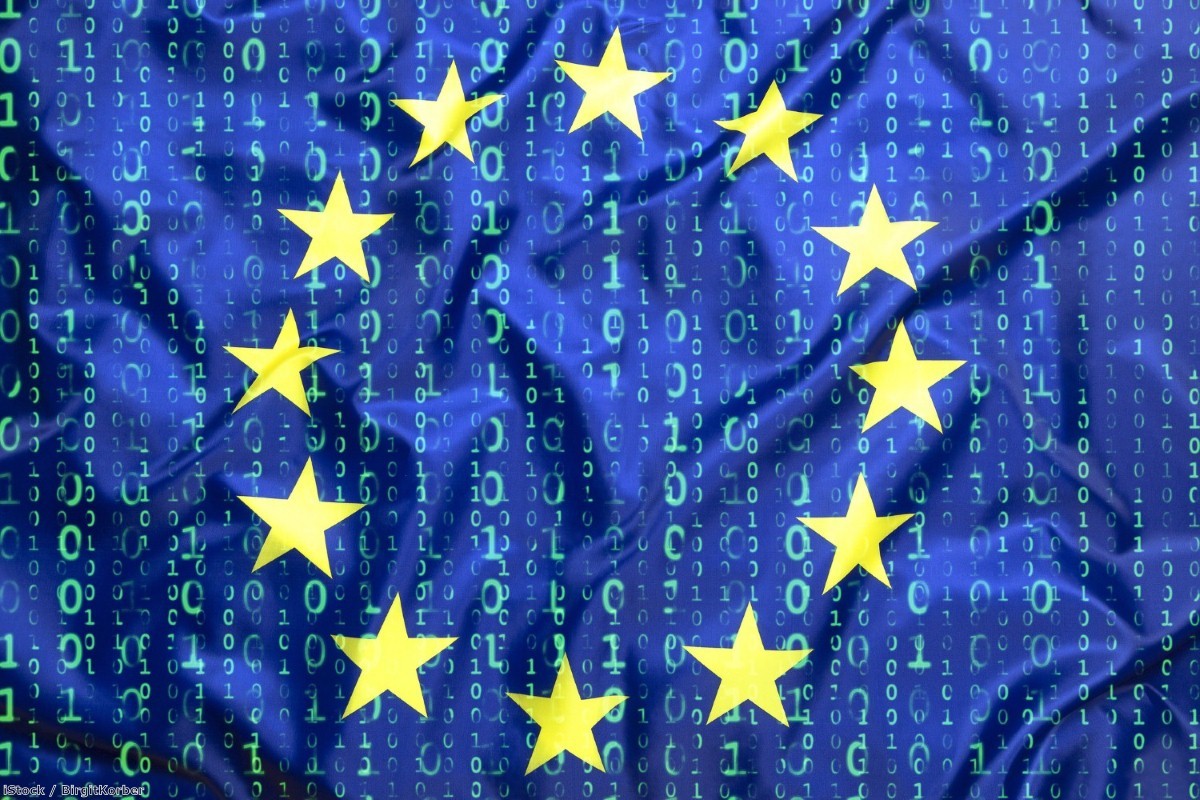 The trade but not the politics: There’s still time for Brexiters to embrace Norway

The one thing uniting Brexiters and Remainers is the belief that the government’s handling of Brexit has been shambolic. Clearly, that's where they begin to diverge, but if Brexit is to happen now it will begin with an unsatisfactory fudge. We are heading for a blind Brexit, with a transition period of indeterminate length in which we will effectively be a shadow EU member, subject to all current and future laws but with no vote, no veto and no influence. This state of limbo will lead to years of continued uncertainty, investment on hold and prospective trade partners staying away as they await the outcome.

After all the in-fighting, the refusal to compromise and the inability to make decisions, we've ended up trying to throw something together at the last minute just to avoid a catastrophe. And then, after who knows many years of vassalage, we could still end up with a bad deal. But it's not too late to change course.

This is where the recent growing demands among Brexiters for the government to adopt the EEA option come from. They'd mean joining the European Free Trade Association (Efta) and participating in the single market via the European Economic Area (EEA) Agreement. This would simplify the Brexit process and reduce the government's workload significantly. It would also provide immediate legal certainty and economic stability, which will lead to businesses reactivating their investment plans and shelving all thoughts of relocating.

The EEA is a framework that to a certain extent we can adapt to our needs by negotiating specific protocols and opt-outs. It will take several years to configure the agreement, but it will be done in an environment of certainty and stability.

The EEA option fulfils the referendum mandate by ending our political union but conserves our economy by remaining in the single market. Why should we remain in the market? Because it was a British-led endeavour which has gone far further in abolishing technical barriers to trade in goods and services than any other trade agreement in history.

The government has sought to protect exports of goods by proposing a single market for goods only, which is all very well but it undermines our main economic strength. The British service sector enjoys a services trade surplus with the EU of £13 billion and the EU buys over a quarter of British financial services exports.

The single market in services gives British businesses the freedom to provide or receive services or establish a company in any EU member state. Passporting rights allow British financial services companies licensed by the UK to operate throughout the EU without setting up subsidiaries.

The UK as a gateway

The UK is a global hub of economic activity and London is the pre-eminent financial centre in the world. The UK is a great place to do business because of its location and timezone, its free society, its political stability (stop laughing at the back), the rule of law, strong institutions, its generally business-friendly environment and, crucially, because it's a gateway to Europe.

Many global firms use their UK base as a platform for entry into the EU market. Losing this frictionless market access is bound to reduce its attractiveness as a base, limit investment and lead some companies to open EU subsidiaries or relocate.

But what about regulatory freedom?

Regulatory harmonisation means all members of the EEA conform to the same standards, which is why border checks are not required and trade within the market is frictionless. Operating joint regulatory agencies also saves each member money… one might call this a 'single market dividend'.

Hard Brexiters believe that EU regulation harms the British economy and hinders our industry. Yet the majority of British businesses disagree and numerous surveys have found that most plan to continue to comply with EU regulations because this will be far more financially beneficial than diverging.

The idea that outside of the single market we can enjoy regulatory freedom is exaggerated. We cannot escape the influence of the world's No.1 regulatory superpower on our doorstep, especially when it also happens to be our most important trading partner. It will exert its influence in impending trade negotiations, in future disputes over divergence, and in international standard-setting bodies. In or out, we will be influenced by the EU's rules. But outside the single market we'll have no influence on them whatsoever.

Will we have any ability to influence the rules in the EEA?

The main criticism of the EEA option is that the UK would become a 'rule taker' with 'no say' in how they are made. It's true we'd be a rule taker – much of the process of formulating regulations is done within EU institutions in which we will have no seat and no vote. But it's going too far to say we'd have 'no say’.

Within the formal structures of the EEA there is a range of consultative bodies, including the EEA Council, joint committees and multiple working groups, that would allow the UK the opportunity to shape the rules.

Outside of the formal structures, it is often said the UK would effectively become a lobbyist. This is not an unfair analogy. However, because the UK has far more economic and political influence than most EU states, it would be a particularly powerful lobbyist. The UK would need to intervene early in the regulatory process and make best use of its expertise, policy competence and information gathering capabilities to exert its influence. Norway exerts disproportionate influence in the policy areas in which it is a major power. The UK would do the same to a far greater extent.

The Efta court fulfils the judicial function within the system, meaning there is no direct ECJ jurisdiction. Yes, the court is heavily influenced by it, but so would any system of arbitration for a UK-EU agreement. The rulings of Efta Court are taken into account by the ECJ when interpreting EU law. It's much smaller than the ECJ, has a limited caseload and its own distinct voice. A British judge will strengthen the profile of the court and give Britain ability to exert its influence.

Payments and the UK 'Europe strategy'

The UK would make savings on its EU membership contributions but, like Norway, would contribute to the Efta budget and for participation in EU programmes from which it receives direct benefits. Cooperation isn't free and the UK would have to make payments for its new 'Europe strategy', which may include negotiating something similar to the ‘Norway Grants’, which will help alleviate economic disparities in Europe and could come out of our international development budget. To use the example of Norway, they pay £140 per Norwegian whereas we currently pay £220 per Briton.

With the addition of the UK, Efta would become a significant trade bloc able to exert its economic influence in Europe and beyond. It would be able to negotiate better trade deals (it already has numerous agreements) and attract more inward investment. The UK would effectively become the leader of an emboldened market-based alternative partnership to the EU.

The EU is likely to be more amenable to finding solutions to Irish border problem if we agree to an EEA settlement which prevents any further economic damage from Brexit. The EEA solves around 90% of the Irish border problem, leaving rules of origin and VAT to deal with.

I would suggest remaining in alignment with the EU VAT area and negotiating a partial customs union covering industrial goods and some processed agricultural goods. A specific protocol to address the unique requirements of the Republic of Ireland and Northern Ireland should be negotiated to maintain cooperation and ensure there is no physical infrastructure.

The EEA means we retain freedom of movement. It isn't said often enough that this is a good thing. We have welcomed some of the most industrious people from all over Europe into this country and the evidence clearly shows that EEA migrants are a net economic benefit. They also add to the richness of our cultural and social life. And remember, these beneficial rights are reciprocal, meaning British people are free to live and work in any country in the EU.

Far too many supposed economic liberals perceive freedom of movement as an imposition on the UK which is irrelevant to trade. It's actually a sensible and logical response to market forces. In a market where goods move freely, and you can sell services anywhere freely, then the movement of people, investment, capital and providers of professional services must also be free.

Many people have argued that we could reform free movement rules and/or use Article 112 of the EEA Agreement to negotiate a new settlement. This could be possible although it is uncertain and the merits of it are highly debatable. What is true however is that the UK government could do more to manage immigration by enforcing existing free movement rules. Contrary to popular myth, free movement rights do not mean completely open borders.

'Common market good, political union bad' was once the most influential belief in post-Maastricht euroscepticism. It has died out, having been rejected in the wake of the 2016 referendum. Even people like Liam Fox, Owen Paterson and Boris Johnson once held this view before being radicalised. Nigel Farage himself was happy to adopt the position when it suited.

It’s a rational and pragmatic form of euroscepticism that acknowledges the benefits of economic integration and accepts the compromises and trade offs of Brexit. It has largely been rejected by Tories who consider themselves supporters of free trade and free markets but mistakenly believe that a hard Brexit boosts those causes. Quite the opposite. Cutting our economic ties with the EU is anti-trade and anti-free markets. It's reckless and ultimately, in our globalised world, pointless.

The idea of leaving the political union and keeping the single market should be revisited. Frankly, I continue to wonder why so many self-proclaimed economic liberals don't support a free market of 500 million consumers with goods, capital and services able to move freely across borders. It is marvellous achievement and unequivocally beneficial.

Ben Kelly is a freelance journalist who supported Leave during the referendum. You can follow him on Twitter at @TheScepticIsle.