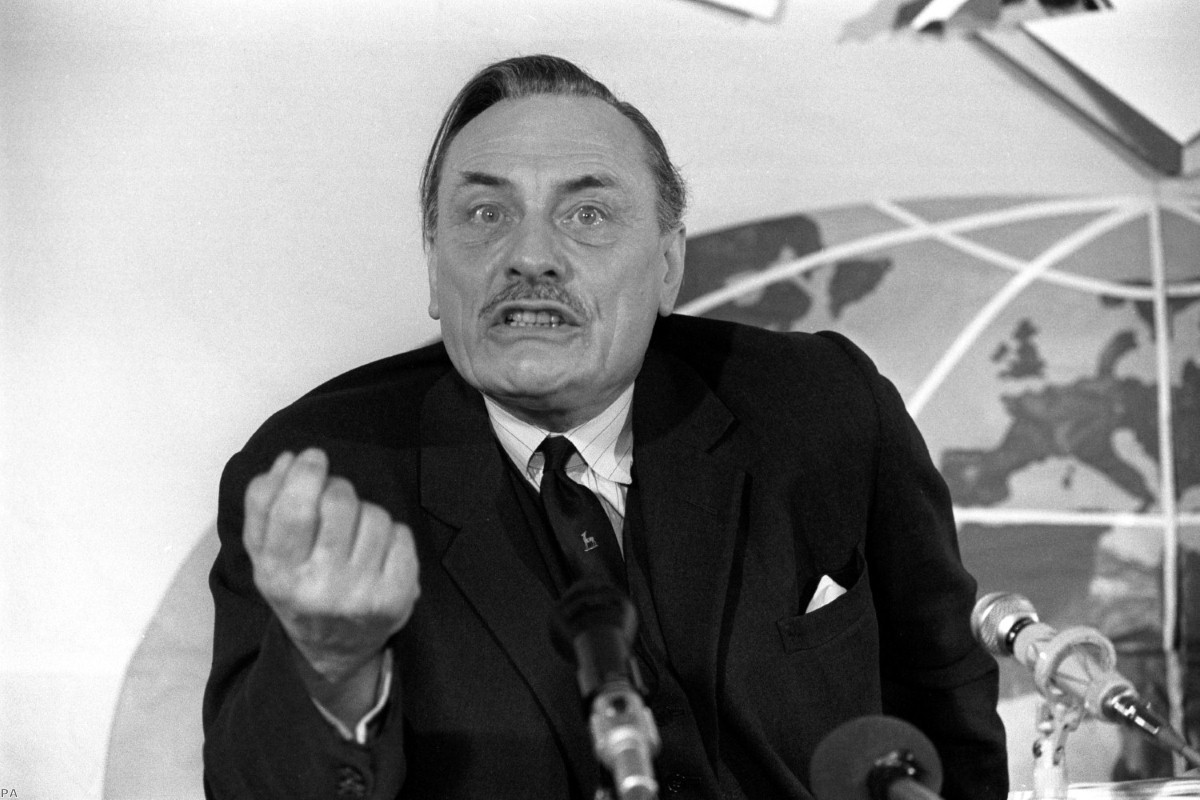 Over the course of twenty minutes, in a drab hall in Birmingham, Powell told the audience and the country that immigration from the Caribbean could only result in violence on the streets, and so should be stopped in its tracks.

His message to families who had already migrated to Britain and helped rebuild the nation after the war: they should think about packing up and leaving.

For some commentators, the anniversary was a chance to revive Powell’s public reputation. Maybe we had got him all wrong, they said. Maybe he was misunderstood, a man willing to tell unpalatable truths about immigration to which the British establishment has remained deaf.

But Powell wasn’t a champion of the people. He was a disaster.

His speeches hurt new migrants in the UK. Families were attacked and homes torched in the febrile atmosphere he had helped encourage.

And he hurt the communities into which immigrants moved, too. For all the predictions of disaster Powell enjoyed delivering, he offered absolutely nothing that would help those communities to integrate, let alone grow and thrive.

Powell was fond of talking about the duties of great statesmen (he modestly thought he was born to this role), but he took no steps to translate this into the sort of difficult but vital work on the ground which could have helped his constituents build their lives together.

Ultimately, and dismally, Powell had no idea of the damage he had caused. He never did say sorry. Given the chance years later to build bridges with colleagues he had upset, Powell was unrepentant.

It gets even more depressing, though. Powell has never quite gone away.

When we hear about the hostile environment confronting migrants today there is a decent chance we will hear echoes of his rhetoric.

Back in 1961, Powell was, for example, the first mainstream politician to smear immigrants with unfounded accusations about draining the health service.

He argued that he had seen ‘health tourism’ up-close in his Wolverhampton constituency. What he had seen, in fact, was a single report produced by a single council official.

This concern about the demand immigrants placed on local doctors and hospitals is especially hypocritical. Powell used to be health minister, where he set targets for attracting the immigrants needed to keep the NHS running. Every time we hear a spurious attack on health tourism, we should remember that Powell got there first.

Plus he fell out with Margaret Thatcher because she had refused, when education secretary, to collect data on immigrant children in schools. By 2010 Theresa May’s anti-immigrant agenda was playing out in today’s schools and hospitals, which were forced to gather and then share information on the immigration background of pupils and patients.

Lies about the NHS, confected for political gain? The angriest voice demanding that the state intrude on the lives of immigrant kids? The anti-immigrant pioneer who knew emigration could ruin the economy but told people to leave the country anyway?

Cruel ideas each and every one, and Powell was the intellectual father of them all. He constructed a hostile environment for immigrants decades before politicians thought to give this cruelty a name.

This is an extract from Russell Hargrave’s new book Drawbridge Britain: Love and hostility in immigration policy from Windrush to the present, published this month by Eyewear Publishing. Russell is a writer and reporter with a special interest in immigration, development and government.