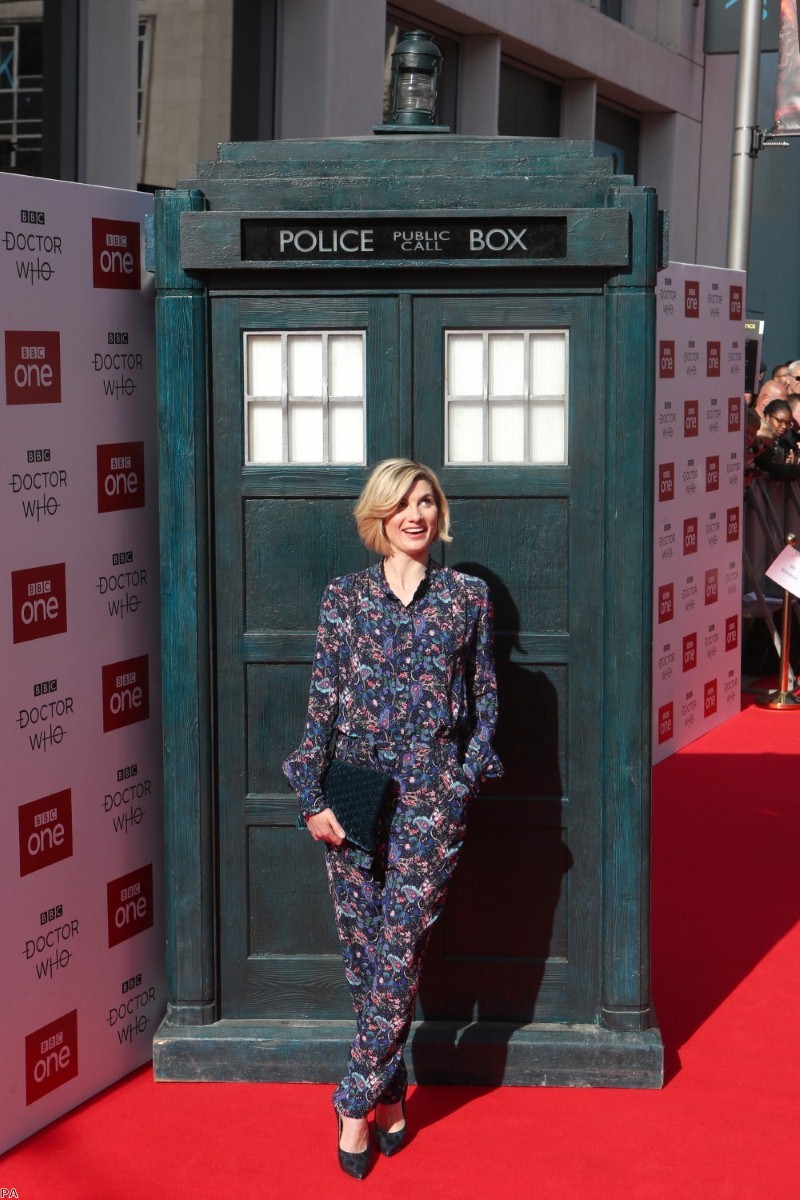 It’s about time: Female Doctor Who updates an optimistic vision of Britishness

Jodie Whittaker is the Doctor. Fifty-five years after Doctor Who began on BBC One, and 52 years after it was established that the lead character could regenerate a new body, Whittaker finally became the first female star of the series last night.

The story of Doctor Who, and the way the character is portrayed, is basically the story of how we like to see ourselves. And this long-overdue gender change is a massive evolution.

Originally conceived as a fantasy adventure show with a scientific and educational focus, Doctor Who starred William Hartnell as a cautious old man, on the run from his own people in a stolen time machine. His backstory has been fleshed out and revised continually, right up to the 21st-century episodes, but the starting point of the Doctor as a patrician influence over the universe is there from the very beginning.

Coupled with his outspoken personality and a succession of human assistants, there's a prevailing notion of the Doctor as a gifted amateur. He's not a superhero, but really just a series of well-spoken Englishmen gadding around the universe and giving any impolite or uncivil beings a talking-to. Although historical serials played a large role in the series early on, the programme’s conception of Britishness didn't take in its colonial past.

Occasionally darker and more recent historical metaphors were used. The Daleks, for instance, were writer Terry Nation's sci-fi answer to the Nazis.

Even with all of time and space to explore, the Doctor's eccentricities and budget constraints have largely kept the adventures grounded in contemporary Britain. For most of the first 26 years the series was on the air it was filmed in London. That came across in the final product. One iconic image from the black-and-white serials includes a troop of Daleks crossing Westminster Bridge, perfectly exemplifying how the programme tells stories about aliens at the heart of British politics and culture.

In the Whoniverse, the Doctor's fondness for this particular part of the cosmos informs the outwardly English mannerisms and RP accents of the first six incarnations.

The character of the Doctor himself was rarely poked-around with. He was so essentially good-natured that writers rarely tried to make him problematic. But he has developed over time. This is not only a result of the changing portrayals throughout the original run but also a correlation with the writers' view of Britain.

Things changed with the updated series. After the programme landed itself an indefinite hiatus in 1989, it was put out to tender for other producers throughout the 1990s, resulting in a US-produced TV special in 1996. It wasn't until Queer As Folk writer and avowed Whovian Russell T Davies pitched a revival as a project for BBC Wales in 2003 that the Doctor was set to return to our screens.

Produced away from the London hub where most of the previous episodes had been made, Davies set about creating a fresh, adventurous, and witty revamp of the show. Starring Christopher Eccleston, the new series put continuity on the backburner and promoted Billie Piper's Rose Tyler to the co-lead – a 'companion', rather than the traditional 'assistant' to the Doctor.

London is still the characters' home base throughout all of Davies’ episodes, but the difference in national perspective expresses itself in other ways. The 2005 series is particularly critical of Tony Blair's foreign policy, with one episode where a fake prime minister posits that aliens could launch missiles at the UK from orbit "within 45 seconds", a play on the administration's warning that Iraq could launch a strike against Britain in 45 minutes.

Each of Davies’ early episodes came out swinging at a recognisably contemporary Britain. From terrorism to reality TV, these concerns immediately modernised the series while continuing its tradition of sending British characters on fantastic but familiar adventures.

Though more influenced by superhero stories, the 21st-century revamp both glorifies and criticises the Doctor's Britishness. He is still the idealised benevolent character who stops the impolite wherever he finds them. But he's also a character who can be talked down by the newly empowered companion characters when he overreaches. The conflict of his pacifism and an off-screen war that wiped out the rest of the Time Lords lends the character a layer of colonial guilt that the writers continued to mine throughout the David Tennant, Matt Smith, and Peter Capaldi eras.

The extent to which Doctor Who had changed with the time was made obvious when Moffat recently brought back the first Doctor, now played by David Bradley, to send him up against Peter Capaldi's more 'woke' incarnation. At the end of that episode, Capaldi regenerated into Whittaker. After critiquing its past, the show surged forward into new territory.

The new head writer and producer, Chris Chibnall, is promoting the show as a back-to-basics revamp of the show's formula, with no returning baddies and a new Doctor going on adventures with a motley crew of best mates.

But it's unlikely that the new series will turn out to be entirely apolitical, especially with forthcoming historical episodes involving 16th-century witch hunts and Civil Rights-era America, or that Whittaker's Yorkshire-accented Doctor will be entirely exempt from the show's ongoing relationship with Britishness and identity politics. But it makes sense that it would be less retrospective on the cusp of its biggest casting change to date.

Not before time, her casting feels like the logical extension of the new series' continuing push for equality in time and space. The series acts as a mirror for British society, from London-centrism, to unexamined colonialism, to male authority, even down to accents. Now we're seeing a bold new chapter.

As far as viewers knew, the Doctor couldn't turn into Patrick Troughton until he did. To have him turn into Whittaker almost 50 years later is the next logical step for a show whose everlasting format is intertwined with a basically optimistic view of Britishness.

Mark Harrison is a writer with an interest in the crossover between politics and entertainment. He writes for Den Of Geek and VODzilla.