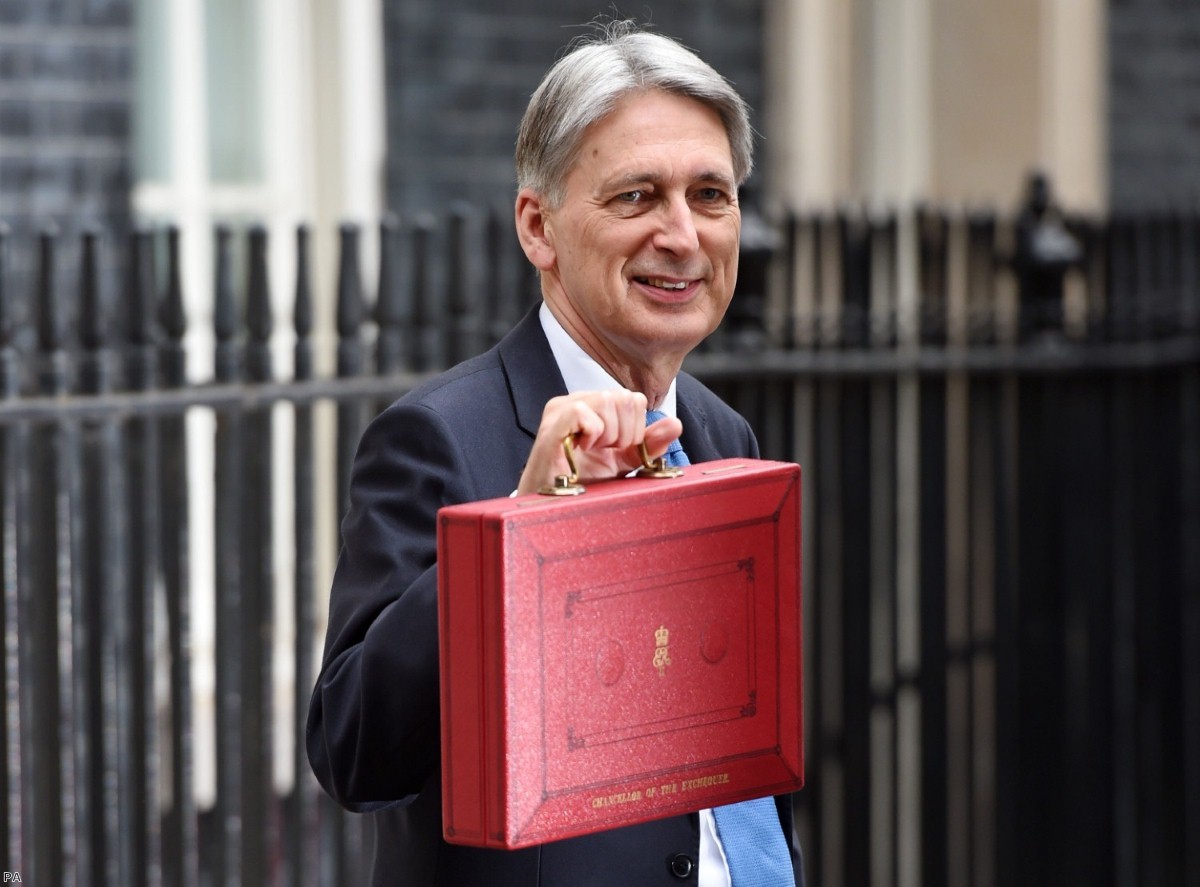 A ring-fenced tax-rise could help save the NHS

The coming months in parliament promise to be some of the most unpredictable of our post-war political history. Brexit dominates. And somehow, amid all this turmoil, the chancellor must deliver his annual Budget.

We've no idea what'll be in it. To-the-wire Brexit negotiations mean the government hasn't even decided when it will be. There is some talk of an early budget in October, before the Brexit landscape begins to crystallise. Others say it will be delayed until December to take account of the economic implications.

Whenever it is, the 2018 budget will require extraordinarily skilful handling, and not just because of Brexit. The Chancellor has to answer two questions of enormous importance. Firstly, how to pay for the £20bn of extra funding for the NHS promised in the summer? And secondly, where next for austerity, as he sets the public spending envelope for next year's government-wide spending review?

One thing's for sure: we can't pay for the NHS through a 'Brexit dividend'. The Office for Budget Responsibility is clear there isn't one. That leaves higher tax, higher borrowing or big cuts to other public services.

Day-to-day borrowing is falling, but nine years into economic recovery the UK has a stock of debt which adds up to 80% of our annual GDP. Adding £20bn of ongoing NHS spending to the UK's borrowing is not sustainable. And yet further cuts to other public services would be a hard sell to Cabinet colleagues and the public.  We also know that robbing Peter to pay Paul rarely works and that cuts to other public services such as education and housing end up having a negative impact on people's health and wellbeing over the long term.

The health service is currently dealing with the fall out of historic, short-sighted cuts to the social care budget. Since 2009/10, while NHS spending grew, social care spending fell. This had a clear impact on the users of social care but it also undermined the ability of the NHS to use public funds well. Recent research undertaken by the Institute of Fiscal Studies found that cuts to social care budgets were associated with greater use of A&E services.

A credible Budget this Autumn will need to raise tax. But how? Governments find increasing tax difficult at the best of times. Only twice in the past 66 years have taxes and National Insurance risen above 34% of national income. We're currently at 33.9% and these are very far from the best of times.

One idea is a ring-fenced tax to pay for the extra funding, where the public could be reassured that all the money raised would go straight to the health service. This is also sometimes called a 'hypothecated tax'.

A recent debate held by the Institute for Government and the Health Foundation got former officials at the Treasury and Bank of England, politicians and health experts to test whether hypothecation might be the answer.

As with Brexit, there are 'hard' and 'soft' hypothecation options. Hard hypothecation would be a fully ring-fenced budget for the NHS and social care, funded exclusively by a dedicated tax. This mirrors the Bismarckian principle of social insurance. Those in favour argue that the social insurance system is onto something fundamental: reconnecting what people contribute with what they receive.

Soft hypothecation doesn't ring-fence all £150bn of NHS spending. It is, those in favour argue, a pragmatic approach best exemplified by Gordon Brown’s 1p rise in National Insurance to pay for extra NHS spending in 2002. That was perhaps the only popular tax rise in recent history.

The counter-argument is that hypothecation wouldn't work in practice and is fundamentally misconceived. Funding for the NHS should be based on patterns of need, which are determined by ageing, the burden of disease, medical advances and efficiency. As the economic winds change, so the tax receipts rise and fall in ways that don't match demand. The risk is therefore that either health spending is cut when it's needed, or the government has to step in and contribute when there's a shortfall.

One critical area of debate is whether hypothecation will help or undermine other public services. Does including healthcare as part of the general government pot squeeze out other deserving services which are less high profile and immediately popular? Or is the emphasis on big universal services like health important for maintaining public support for general taxation?

Whether money is ring-fenced or not, the chancellor also needs to think hard about who should bear the brunt of any tax rise – younger people or the older generation? Many argue that older people have benefited from the triple lock on pensions and seen their incomes increase in real terms while earnings for those in work have fallen. And, as greater users of the NHS, it makes sense that they should pay a greater share.

None of these decisions are easy but that doesn't mean the chancellor should duck them. He would do well to remember Teddy Roosevelt, who said: "Nothing in the world is worth having or worth doing unless it means effort, pain, difficulty…I have never in my life envied a human being who led an easy life. I have envied a great many people who led difficult lives and led them well."

Anita Charlesworth is director of Research and Economics at the Health Foundation.