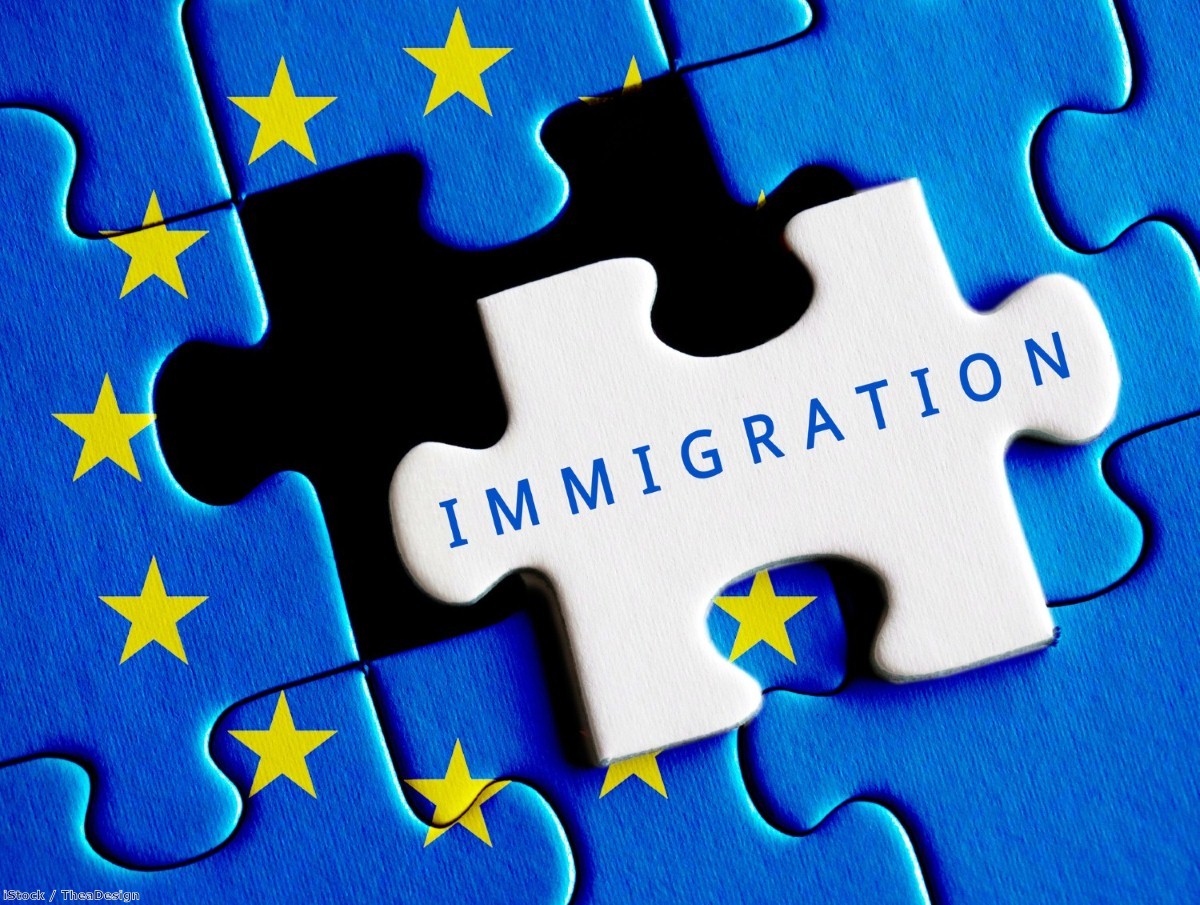 Without immigration, Britain is set to wither away

We've only a little over six months to go until the Article 50 deadline but the government’s attempts to ease anxieties have been feeble. In particular, we know nothing about the kind of immigration system we'll see after Brexit.  The long-overdue white paper contained a miniscule 20 paragraphs on the topic.

The Confederation of British Industry (CBI) published a report over the summer – Open and Controlled: A New Approach to Immigration After Brexit – which sought to ease public angst and find some solutions. It's worth detailed analysis, because it shows just how significant the problem facing the UK is unless we develop a liberal approach to the issue.

It honed in on 18 key industries of concern in the event of no-deal or a bad deal, ranging from manual roles such as manufacturing, construction and agriculture to highly-skilled professional roles like healthcare, education, technology and life science. It also found further casualties of Brexit work in mid-skill categories in the creative and media industries, hospitality, retail, public transport, haulage, logistics and warehouses.

Seasonal and temporary workers from Europe are the backbone of many UK industries, working tirelessly throughout the year to respond to consumer peaks and troughs by filling gaps recruiters struggle to hire for. Horticulture alone requires 60,000 additional seasonal workers to tend to crops every year. Supermarkets need 1,000 extra staff just for Valentine's Day and Mother’s Day.

Retailers that survived the financial crash are now preparing for a second wave of chaos. Independent and small shops have already been elbowed off the high street by a shifting consumer demand that expects cheap next-day delivery right to our front doors. Larger franchises that once raked in revenue while offering free shipping and discounts are combing out losses. New Look, Marks & Spencer, Debenhams and House of Fraser all expect to close store space. Toys R Us has fallen into administration. John Lewis has seen a 77% profit drop and warn Brexit will be responsible for further price increases.

Retail Economics warn a no-deal Brexit would see a £7.8bn cost increase for the whole industry. But a fallen pound is the least of their worries. Currently, 43,000 Large Goods Vehicle (LGV) drivers and 113,000 warehouse personnel are from the EU, accounting for over 14% and 25% of the sectors’ total workforce respectively. This is aggravated by a heavily-ageing workforce. The industry, therefore, expects to see a shortage of 52,000 workers post-Brexit.

Without reliable couriers and delivery drivers, retailers and supermarkets are bracing themselves for bare shelves come Christmas. They'll have to choose whether to slash their profits or raise prices and drive loyal customers away.

The embryonic government efforts to counter some of these problems underestimate the scale of the challenge. Michael Gove has released plans to trial an agricultural worker scheme, taking a leaf out of the CBI's Seasonal Agricultural Labour Scheme suggestion. But, unlike the CBI, the environment secretary's scheme has a limitation of 2,500 workers per every six months. This is too low. Industry professionals believe around 11,500 workers are realistically needed by 2021 to save the UK farming industry.

In the absence of a plan, immigration experts speculate that European citizens will have to go through the immigration system currently in place for non-EU migrants. That leaves a massive hole.

Seasonal workers required in the future would not qualify for entry under the current Tier 2 Work Visa requirements, which are particularly stringent. They dictate that workers must earn over £30,000 per year, have almost £1,000 in personal savings, pass an English language test and possess a job offer from a company or employer who already have a sponsorship licence. This would be disastrous to British industries. And anyway, Tier 2 Work Visas are capped at 20,700 per year.

The first thing to do is lift the cap. The UK has some ambitious plans for the future that simply would not be achievable with it in place.

Take the construction of Hinkley Point C, the UK's first nuclear power plant in over 20 years. It requires experienced workers with unique knowledge of nuclear power. Industry professionals estimate they will be looking to recruit for 25,000 individual roles as well as 5,600 workers for on-site – most of whom will be found across the Channel.

Combine this with the infrastructure of Crossrail – which has already extended its deadline to autumn next year – the construction of High Speed 2, the expansion of Heathrow and the initiative to introduce smart meters to every home and business by 2020 and we have a crisis ahead.

The UK is not equipped to execute these projects alone and within their timeframes. Even if every one of the 1.36 million currently unemployed people in the UK were suddenly trained and hired in sectors facing shortages, the technology sector estimates it would still need to fill 1.5 million tech-savvy roles by 2030 in order to remain a global innovation hub. The UK will have to sacrifice some – if not most – of its future projects if the government refuses to demolish the cap.

Employers and businesses are anyway reluctant to cater for Tier 2 workers in the current climate. You can see why. An uncertain future has been mixed with extortionate costs, a time-consuming process and a 202-page immigration guidance document. Many managers are unsure how to even apply for a sponsor licence while small to medium-sized companies struggle to cough up Home Office visa fees as well as the legal advice necessary to navigate the application.

The CBI report therefore makes for a depressing read. Our post-Brexit landscape couldn't be further from the lies we bought. Without immigration, the Britain that we know will wither away. Our rolling hills and meadows are more likely to harbour rotting food in their fields, 'taking back control of our waters' will set the stage for fishing disputes with EU member states, festivals like Glastonbury will struggle to fill smaller slots due to free movement limitations, and a shortage of train drivers, bus engineers and baggage handlers will increase delays and queues for travellers and commuters. None of this suggests a green and pleasant land.

To overcome these avoidable shortfalls, the CBI report puts forth 14 policy recommendations for the UK government to adopt. It seeks to establish a new immigration system in favour of EU migrants under a compulsory registration scheme. EU migrants hoping to stay in the UK beyond three months would have to register and prove that they are working, studying or self-sufficient.

It also advocates a complete reform of the Tier 2 visa route and a removal of the cap. This would ultimately allow so-called 'lower skilled' migrants to work in the UK, and not just professional graduates.

British industries cannot wait any longer. They need answers now. The government must outline a future immigration plan for European workers. The survival of UK companies, businesses and industries depend on it.

Olivia Bridge is a specialist content writer and political correspondent for the Immigration Advice Service and leading Immigration Lawyers UK.