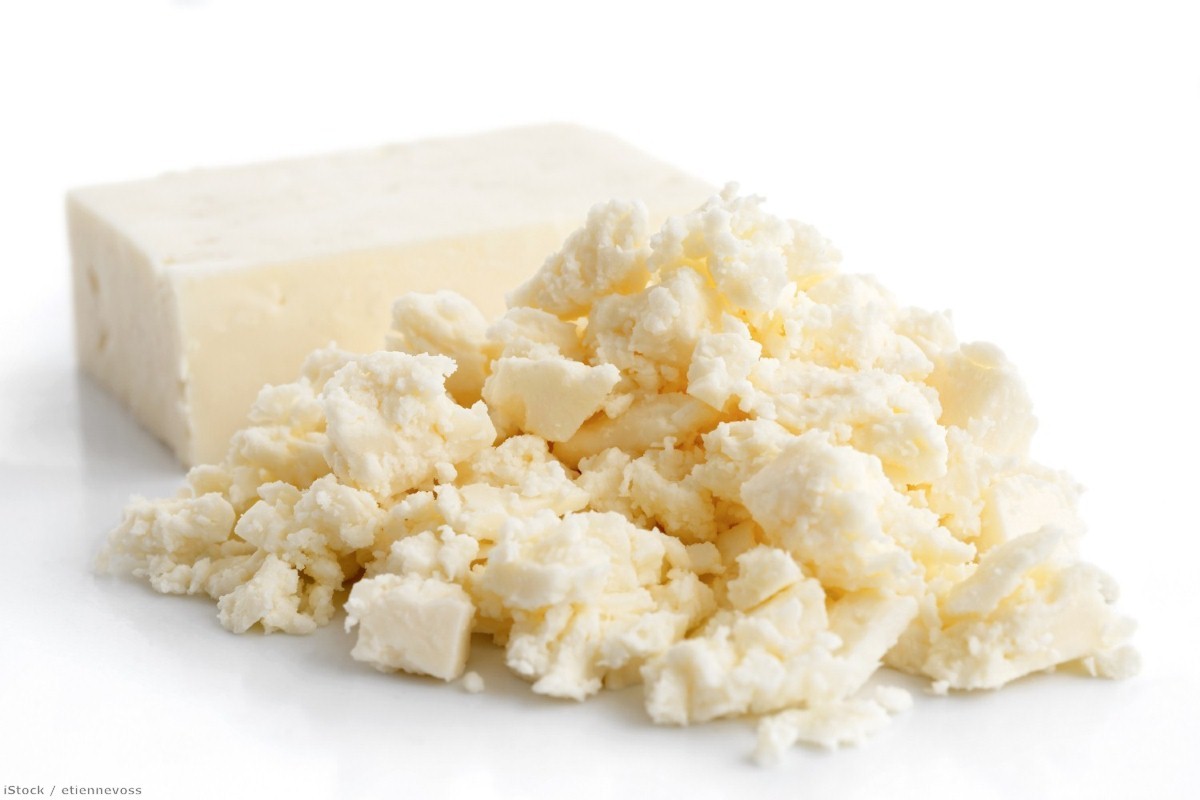 Should British consumers be allowed to enjoy American feta cheese on their Greek salads? Does the Chinese market promise a glorious future for English champagne?

The latest in an unending stream of geekish issues to hit the Brexit headlines is something called 'geographical indications', names that indicate where a product comes from and — equally importantly — its quality, characteristics and reputation. Examples include Single Gloucester cheese and Rutland bitter.

And like all the others, this issue is both political and complicated. Feta and champagne are iconic names in the battles over geographical indications and the answers to those opening questions are not straightforward.

The Chequers white paper published in July is 140-pages long but it only has two short paragraphs on the subject.

Even then, it contains a mistake. The paper says geographical indications "provide registered products with legal protection against imitation". They don’t. They are not patents or copyrights, so you can imitate as much as you like, you just can’t use the protected name. Which means Brits can enjoy the American cheese. It just can't be called feta, not at the moment anyway.

Those two paragraphs say the UK is going to set up its own system of protection. Some interpret that as a signal that the UK wants to cosy up to the US, one of the countries aggressively opposed to the EU’s approach, which the UK currently applies as an EU member.

The issue is so divisive internationally that the UK could well be forced to choose between the US (and other like-minded countries) and the EU.

Geographical indications are governed internationally by the minimum requirements of the World Trade Organisation (WTO).

These say that, in general, geographical indications must be protected to avoid confusing consumers and anti-competitive practices. This is a much lower protection than that offered by the EU. 'New Zealand cheddar', for instance, would be fine because consumers can see it doesn't come from the Cheddar gorge.

For wines and spirits the protection is absolute. You can't have 'Chinese tequila'. Although even here the rules bend, because if the Chinese had been calling an agave spirit 'tequila' for decades, the name would have become generic, in which case they'd be entitled to use it.

The EU goes for hard protection. It wants all products – particularly food – to have the same absolute protection as wines and spirits. And it has invested heavily in negotiating bilaterally, with varying success, to secure exclusive use of terms that have become generic. Australia has agreed not to use 'champagne' on its products. The US hasn't. China has agreed to register the name, so 'English champagne', if that indeed is what we're heading towards, could not be exported there.

In other words, the EU's system — and until Brexit, the UK's — provides harder protection for registered EU and non-EU names than the minimum WTO requirement.

If the UK adopts a weaker system (the US preference) this could make it easier to negotiate a free trade agreement with Washington.  But weaker protection for French, Spanish, Italian, Greek and Bulgarian names would alienate the EU and make a close future relationship with it more difficult to achieve.

That choice could also impact how the names of Scotch whisky, Traditional Welsh Caerphilly, Cornish pasties, Melton Mowbray pies or even 'West Wales Coracle Caught Sewin' are protected around the world, including in China and India.

The issue is rapidly coming to a head. It's an important part of the EU's global trade policy, and Brussels wants a commitment on it from the UK in the withdrawal agreement, which is due to be finalised in only a few months.

It does not say what will happen to the thousands of names from other EU countries and the rest of the world that are currently protected in the UK under the sophisticated EU-wide system — from Spišská borovicka (a Slovakian juniper brandy similar to gin) to Tiroler Bergkäse (an Austrian mountain cheese).

Some 3,500 EU names of wines, spirits and food products are protected in the UK and the other EU countries, along with about 1,000 non-EU names. Only about 90 are from the UK. They are mainly food, but include the British favourite, Scotch whisky. They also include that symbol of the invisible border: Irish whiskey (yes, the 'e' is important), which can be made anywhere on the island of Ireland.

Those numbers show why the EU is alarmed. Geographical indications are an important method of branding globally for its numerous higher value agricultural products – less so for the UK.

They are so important that the EU — particularly its southern member states — wants the UK to promise in the withdrawal agreement that they (and other forms of intellectual property) will automatically continue to be protected after Brexit.

Britain wants to split from the EU system. It is promising "continuous protection" for its own names, but it has said nothing about all the names from the rest of the EU, meaning they might have to be re-registered for protection in the UK and could be rejected if the criteria change.

One theory is that Britain wants to use this as a bargaining chip to extract concessions from the EU in the Brexit talks. Another is that the UK is paving the way for free trade deals with other countries.

Why would Britain want a system that is different from the EU's? Ostensibly, because it wants its own trade rules and regulations. But even if it didn't feel a strong urge to move away from the EU's approach, it could be under pressure from those future free trade partners that international trade secretary Liam Fox is courting.

The US, Australia, New Zealand and Canada would be in the front line of countries pulling the UK in the opposite direction to the EU.

"Britain is right to hold firm on EU GIs," tweeted former trade minister Greg Hands recently. "Why should we ban e.g. feta cheese from the USA, which tastes at least as good as EU feta & was introduced into the US by Greek-Americans & with same cultural heritage."

Hands' suggestion that the cheese would be banned is wrong. It could be sold, but under a different name.

The EU and other 'old world' countries, including many developing nations, tend to favour strong protection as a marketing tool.

'New world' countries tend to prefer weaker protection and one of their arguments is the cultural heritage of migrants, although their producers are often, in fact, large corporations.

Feta is one of the most intensively debated geographical indications in the WTO, cited endlessly by both sides to justify their approach on strong or weak protection. It could well become symbolic in the Brexit debate.

In the EU, feta now has to be made in Greece, ending the name's use on cheese produced in several other member states, including Denmark and France.

In a number of other countries it is treated as generic, such as the versions from America ("a dense, dry cheese that tends to be more crumbly and less flavorful than its European brethren," according to a US website) and Australia. The Canadian cheese is 'feta-style'.

Greg Hands' tweet summarises one part of that debate. It suggests that keeping the EU system is closed-minded and restrictive.

The counter argument is that British consumers can buy whatever they like. Even if feta stays protected in the UK, British consumers could still buy the cheese from the US or elsewhere. It would just have to be marketed under another name, as happened with cava and prosecco, allowing them eventually to rival champagne instead of just imitating it.

There’s no shortage of choice. Wikipedia shows a wide range of names already in use, including white cheese, Bulgarian cheese, Greek cheese, sheep cheese and 'salad cheese' (from Finland — feta is appatently the only cheese Finns put on raw vegetables).

Either way, Britain will soon have to make a choice on this, one which plays into the overall Brexit debate about whether it wants to hug the US or EU closer.

Peter Ungphakorn has written a more detailed primer on geographical indications on his Trade β Blog. He worked in the WTO Secretariat, 1996–2015 and has now returned part-time to his previous occupation, journalism. He tweets as @CoppetainPU.