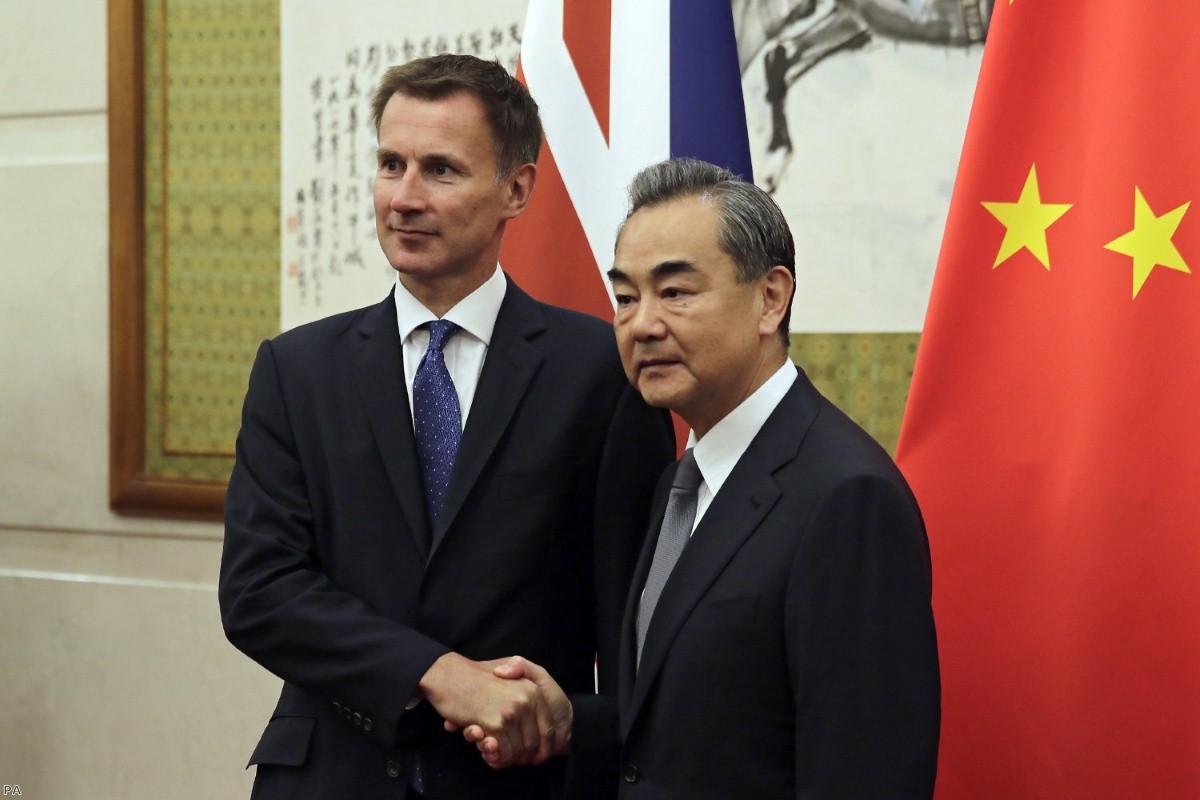 Brexit: Trade agreement with China is far from a done deal

New foreign secretary Jeremy Hunt may have only been in the job a few weeks, but he has already done something his predecessor, Boris Johnson, never managed while in office: visit China.

Incredibly, for a politician forever talking about ‘Global Britain’, Johnson never once got to the People’s Republic. In view of China’s potential role in the UK economy post-Brexit, that is an astonishing omission.

Hunt’s discussions in Beijing have inevitably touched on Brexit. While being the world’s second largest economy, with an annual growth rate of over six per cent, China’s part in the British economy, while increasing, is still underwhelming. It accounts for less than two per cent of foreign direct investment (to put this in perspective, the rest of the EU accounts for almost 50%), and, as with the US, has a large trade surplus with the UK, exporting two thirds as much as it imports.

China has three main interests here: investment opportunities, finance, and intellectual collaboration. Depending on the final Brexit deal, each could be positively or negatively affected. And each would need to be the focus of any potential bilateral trade deal, if and when that was ever possible to arrange.

For investment, the UK is seen as a liberal, open environment. In 2016, half of all Chinese investment to Europe came here. Huawei, the major telecoms company, has most of its European operations run from the UK. So does Alibaba. Chinese money has also gone uniquely into the Hinkley Point nuclear reactor being constructed.

With the ushering in of the so-called ‘Golden Age’ under former chancellor George Osborne in 2015, the expectation was that more Chinese money would come into sectors like infrastructure and manufacturing.

A good Brexit outcome for the Chinese would see the UK even more open and accommodating. But it would come at a cost to relations with other allies like the US, the rest of the EU, and Australia, where increasing security concerns are being expressed. These are already starting to appear in Britain, with raised scrutiny being promised for proposed investment into sensitive sectors.

In terms of finance, the City of London is already a global base for Chinese Renminbi trading. It has the scale, the liquidity, and is regarded as relatively apolitical for Chinese banks, many of which already have offices here. But much of this is dependent on whether London has access to the rest of the European market. That will be reconfigured after Brexit, with a loss of passporting rights. China has other options if London becomes less convenient to its purposes.

British universities, with their high global rankings, work in areas of technology and research that China is interested in – from healthcare to engineering, and city planning. There are over 105,000 Chinese students currently in the UK, the largest international cohort.

Brexit could either make the links with China deeper and more diverse or cause the British university sector to fall in global competitiveness, and therefore reduce its prowess in the eyes of Chinese, and, for that matter, other international collaborators.

China clearly sees an opportunity in the UK’s current highly changeable status. But it also has options and back-up plans it can pursue if things do not work out for it here.

The UK is a modest partner for China, even in the areas set out above. Only with a keen awareness of how to mitigate risks, and strategically go for rewarding outcomes, will the UK be able to forge a new relationship that starts to deliver on the rhetoric of the last few years.

Kerry Brown is Professor of Chinese Studies and Director of the Lau China Institute, King’s College, London, an Associate on the Asia Pacific Programme at Chatham House, and author of `China’s Dreams: The Culture of the Communist Party and its Secret Sources of Power’ (Polity, Cambridge, 2018).