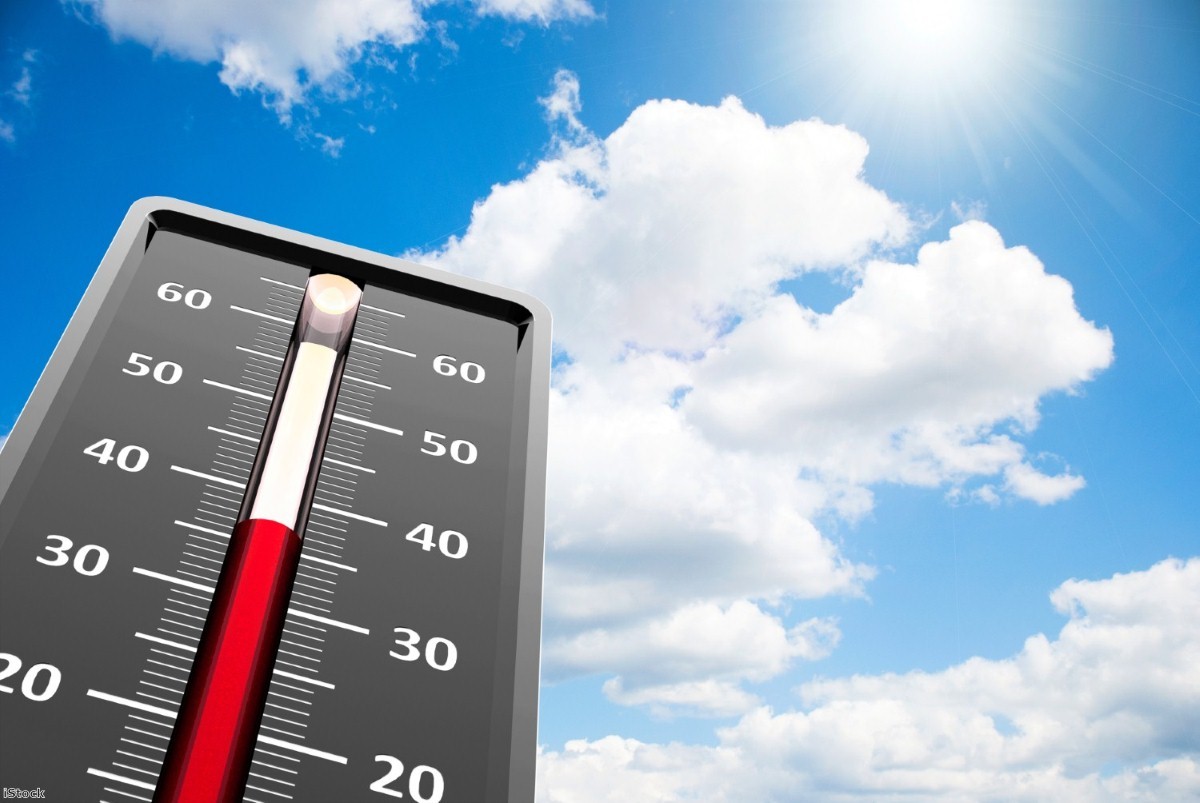 On Tuesday night the Twitter account for the BBC’s Newsnight tweeted a quote from professor Stephen Belcher, the chief scientist at the Met Office. It said: "The heatwave that we’ve got is probably part of natural cycles in the weather."

Which sounds all very reassuring, doesn’t it? It’s all perfectly natural. Yes, it’s hot, but these things happen.

But that wasn’t the full quote, as various people – including Richard Black, former BBC environment correspondent and now director of the Energy & Climate Intelligence Unit – pointed out. Prof Belcher’s full quote was: "The heatwave that we've got is probably part of natural cycles in the weather but it’s superimposed on this background of global warming, and that’s what’s elevating our temperatures."

There are natural cycles, but they are cycling ever higher. Just as waves come and go, sometimes bigger, sometimes smaller. But as the tide rises, on average, they’ll get higher up the beach.

To their credit, Newsnight deleted and corrected the tweet. But it’s a situation the BBC find themselves in, not often, but often enough to be annoying. It was rebuked by Ofcom in February for bringing the climate 'sceptic' Lord Lawson onto the Today programme and failing to challenge his obvious untruths, to the vocal disappointment of some of its most prominent science presenters. Reports in 2011 and 2014 for the BBC Trust criticised the BBC for giving "undue attention to marginal opinion" on topics such as climate change.

It manifests in different ways, but the basic problem is that the BBC sometimes neglects a clear expert consensus on one side and gives an apparently equal voice to a loud but scientifically unsupported fringe on the other.

It’s not only climate change. Brian Cox once received complaints and was asked by the BBC to give a response, after he described astrology as a "load of rubbish" in a Wonders of the Solar System episode.

His response was: "I apologise to the astrology community for not making myself clear. I should have said that this New Age drivel is undermining the very fabric of our civilisation." The BBC, regrettably, declined to publish it, and simply said that they were his views, not the BBC’s. There is something forlornly amusing about the BBC refusing to take sides between astronomy and astrology.

That’s a trivial example, but this approach creeps into all specialist topics. Brexit and the economy was a notable one. A professor of journalism pointed out that the BBC "balanced" a letter from 1,280 business leaders backing Remain by giving a voice to the pro-Leave James Dyson, whose views had been repeatedly aired already. Similarly, ten Nobel-prize-winning economists warning of the danger Brexit posed to the economy were "balanced" by Patrick Minford, the Cardiff professor of economy who was wheeled out many other times to give a pro-Brexit view.

The BBC are, to some extent, in an impossible situation. Yes, it is true that a large majority of scientists agree that climate change is real, man-made and dangerous and that astrology is an absolute load of balls – and it’s true that the large majority of business leaders and economists think that Brexit will do more harm than good to the British economy.

If the BBC were a private company, it would be much easier for them to simply ignore those people, and present the facts as they best saw them. Or, as some media organisations do, shamefully pander to their misguided beliefs, if that happened to be where the gap in the market lay. But given that they are licence-fee-funded, they are always beholden to every large or even medium-sized group in British society, as the astrology story shows. If they ignore those people’s views, they will lose public support and the constant battle to keep the BBC afloat becomes harder.

You can see the appeal for the BBC. The "balance" approach gives you a sort of low-cost, minimalist objectivity. It is objectively true that Person A said X and Person B said Y, so even if X is probably true and Y probably isn’t, you haven’t actually reported anything technically false.

As a specialist journalist myself, though, it can be galling to watch the Punch-and-Judy values of a certain kind of political journalism – "the Tory spokesman says one thing, but the Labour spokesman says another, who to believe, we’ll be back after Gardeners’ Question Time" – creep into these specialist areas, where it is easier to work out what is actually true.

I don’t want to be too harsh on the Beeb. They get things wrong occasionally, and they distort the media marketplace, but they do excellent journalism – they get far more right than they get wrong.

In fact, their specialists – their economic reporters, their science reporters – are almost uniformly excellent. And they are much better on both the climate and Brexit than a lot of other outlets. It’s just when measured against my higher expectations of them that they fall short.

But there is a requirement, when specialist topics end up on the non-specialist news desk, for the general reporters and editors to arm themselves with the basic facts, or to hand it over to the specialists. Anyone who’d done the science or environment beat for a week would know that "the heatwave that we’ve got is probably part of natural cycles in the weather", while an accurate quote, does not represent either Prof Belcher’s views or the scientific consensus, and would mislead readers. The BBC is better at this stuff than it used to be, but we still need to tell it when it’s got it wrong.