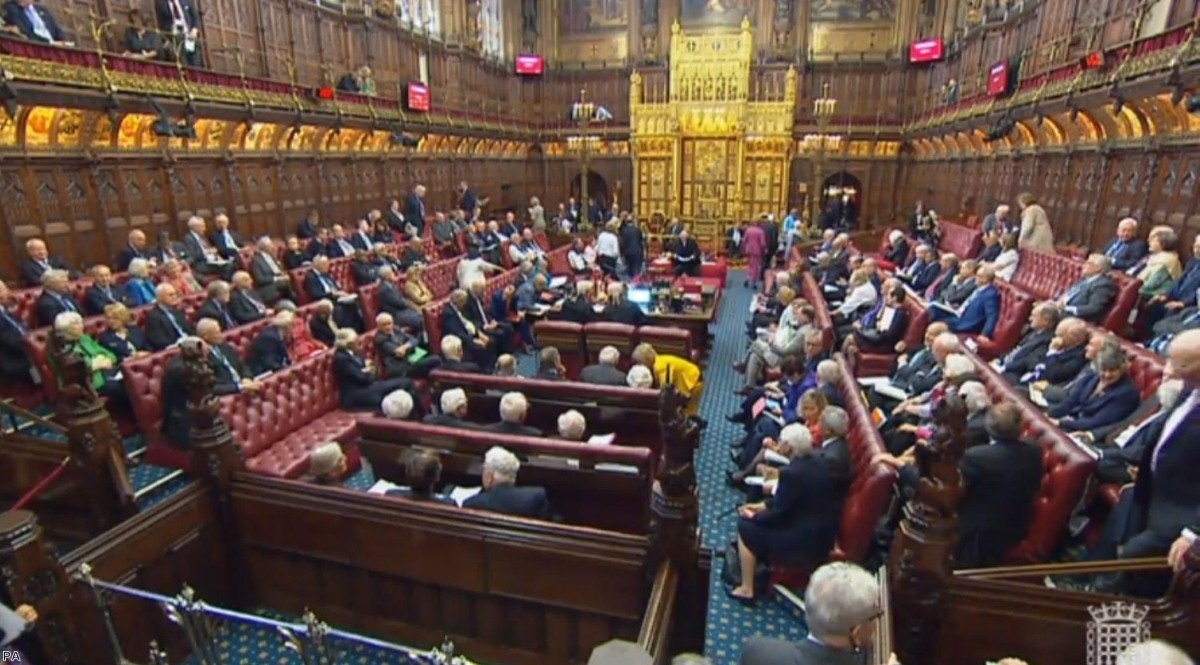 We all became so obsessed with the weird and arcane debate over the meaningful vote that we lost sight of something. Even in this age of widespread cynicism about the House of Lords – on left and right – it made significant improvements to the EU withdrawal bill. It's unfashionable to say, but the last few weeks have shown that peers still provide an important role in the British political process.

The changes they made will ensure the country is better protected for Brexit. Unfortunately, they don't seem to have been widely recognised, except by insiders like the excellent Institute for Government, which has produced a detailed breakdown.

As the Institute notes: "The Lords made significant changes to the bill, with a number of Conservative peers rebelling, including previous government ministers. The government… ended up making concessions on so many issues, including most of the 15 amendments on which it suffered a defeat."

The bill is vastly improved in many areas from the original proposals. Some of the most important government concessions included ensuring the Northern Ireland border and Good Friday Agreement are protected, increased power for parliament to properly scrutinise laws that a future government may want to weaken, protection of refugee children and families, continued participation in EU agencies after exit day, stronger control over environmental issues and much more.

Even on the last battle, which was about ensuring parliament had proper power to stop a few ministers from deciding to crash out with no deal, the government actually climbed down at the last moment. Parliament will have the chance of a meaningful vote. The improvements to this withdrawal bill are a testament to hard work, between all political parties and crossbenchers in the Lords to protect the country and our parliamentary democracy.

After 272 hours debating the bill – 112 hours in the Commons, and 160 hours in the Lords – we have made huge progress. However, there is still much more to do to ensure Brexit will not cause unconscionable damage to our country.

We have to move away from the current obsession with the threat of no-deal. It is entirely fanciful to believe the EU will be frightened of this supposed threat. They know that it would be so catastrophic for the UK that they don't really need to take it seriously.

Some people claim to be relaxed about this. They are just waiting for the EU to blink first, be so petrified of the fallout, and then at the last moment give us what we ask for. This is an irresponsibly risky game of chicken that could actually end in disaster. Indeed, I am starting to be concerned that it could happen by accident.

We have to guard against that. That is why the climb-down by the government on a proper vote and power for parliament if no deal is agreed by January was so important, even if it ended up resembling another fudge.

We have to help people see that no-deal is not just walking away and retaining the status quo. It is giving up our way of life as we currently know it with nothing else in its place. This is not a normal negotiation and those who are approaching it like that are making a grave mistake. In a normal business negotiation, you can just decide to keep what you have if you don't like the price or terms on offer. In the case of leaving the EU, we lose everything: the things we have relied on for our jobs, standards of living, manufacturing industry, medicines, travel and more.

The public has not been told the truth yet. The government has suppressed the results of its own assessment of the no-deal consequences and is suggesting we can manage. There is a huge communication challenge to be overcome.

Those who have been battling to ensure the risks and dangers of Brexit are properly explained have hard work to do in getting these messages across. Once the government drops its empty no-deal threat, it can start to have meaningful negotiations. The longer it maintains its hard Brexit stance, the more peril our country faces.