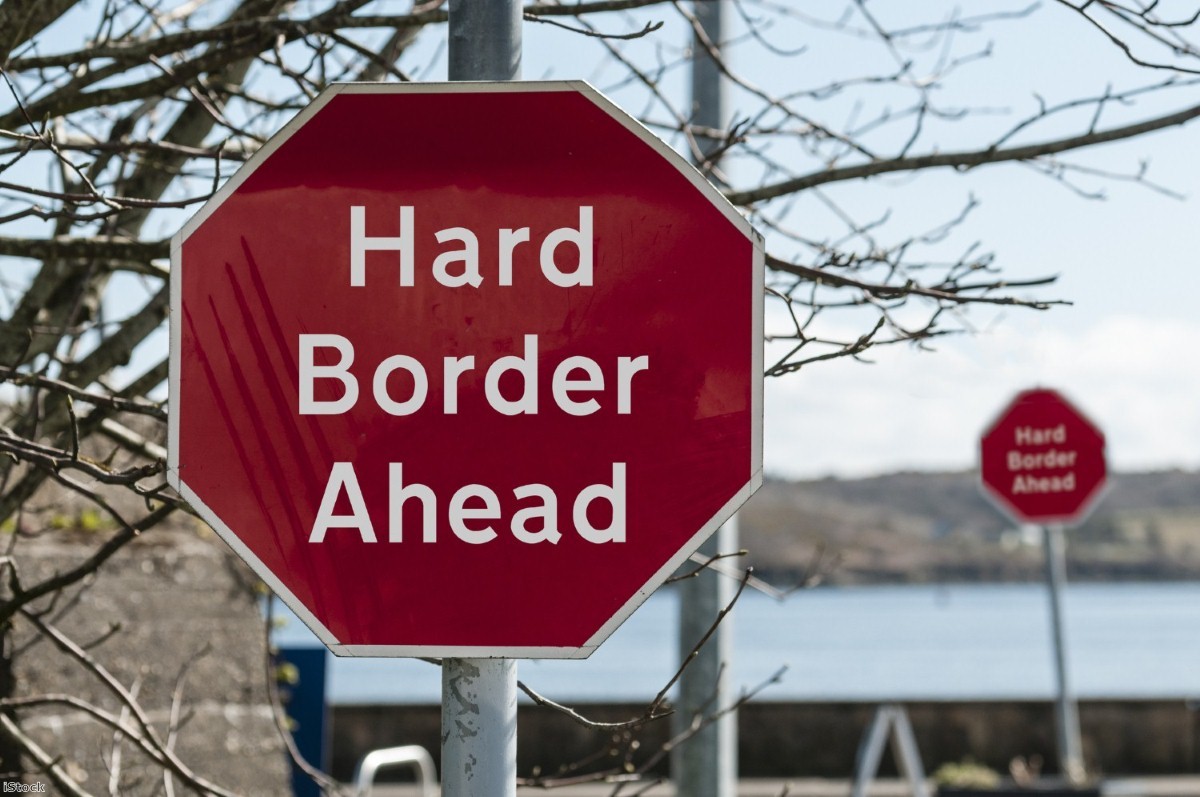 Confirmed: Northern Ireland has no back-up plan for a hard border

As of today, there are 278 days to go until March 30th 2019 – Brexit Day. Despite the clock ticking ever louder, we still have only a very limited picture of what Britain's future relationship with Europe will look like. This includes arguably the stickiest of the many sticking points – the border between Northern Ireland and the Republic of Ireland.

Both sides have always said they want the border's 208 crossing points to remain open, with no need for customs inspections.  But this assumes a deal is reached, which is not guaranteed given the extent of magical thinking around the Cabinet table. The default outcome, in the event of no-deal, is that there will be a hard border.

Given this, you might hope that any competent government would plan for such a scenario. But Freedom of Information (FoI) documents suggest otherwise.

'Inspections are not anticipated'

I first thought of making an FoI request in May, when the Department of Transport announced plans for upgrades to the M20 to expand lorry storage capacity. Although Brexit wasn't mentioned, it was clearly one of the motivating forces given that Britain is hurtling towards a different customs and regulatory regime.

It reminded me of Operation Stack, the procedure by which lorries queuing for the port of Dover are parked along the motorway when there are problems with the channel crossing to France, so that the port itself isn't log-jammed.

Wondering whether anything similar had been considered for the Irish border, I put in an FoI request to Northern Ireland's Department for Infrastructure, which oversees roads and ports. The aim was to see if the department had produced any "documents, maps or reports" on the management of freight traffic in the event of new infrastructure being required on the border.

There are three possible responses to a request like this.

They can simply release the documents requested, perhaps with some redactions for sensitive data like phone numbers or the names of individuals.

They can refuse a request on the basis of a legal exception. This is what I was expecting. I presumed the Department of Infrastructure probably wouldn't want to send me maps of new road infrastructure, or computer-rendered images showing what new border crossings may look like, so they'd cite security concerns or the need to protect British negotiation strategy.

Instead, the department picked the third option. It simply confirmed that it "does not hold any documents/maps/reports on plans for the management of freight traffic on the Irish border as physical infrastructure and inspections are not anticipated".

In other words: there is no back-up plan.

This is an extraordinary admission. A hard border is the default outcome by March, unless a breakthrough is found to the customs union and single market problems. One of the major agencies which would have to implement the changes this requires was admitting that it had done no planning for it.

This also means that nobody in the department has put any thought into the technological 'innovative solution' which some Brexiters hoped would reconcile the two fundamentally incompatible requirements they are demanding.

Even if we take the two-year transition period into account, there is still not enough time to design, build and implement an entirely new customs regime and associated infrastructure on 206 crossing points by the 2020 deadline.

Why has no planning been done? The response to my request cites many of the platitudes we've heard over recent months, such as commitments to a frictionless border.

Essentially, the Department of Infrastructure is taking Theresa May’s word for it.

Perhaps this won't matter. Perhaps it will be fine. Perhaps the government will manage to strike a deal with Brussels which manages to avoid a hard border.

But this is a risky assumption to make. Even if a hard border is thought to be unlikely – itself a dangerously optimistic assumption – it seems irresponsible that no work has been done, just in case.

This lack of preparation is a danger in negotiations. It is further evidence of what Michel Barnier has known all along: that we are woefully underprepared.

But hey, I guess there's still 278 days left to start thinking about it.

James O’Malley is a freelance journalist and tweets as @Psythor.