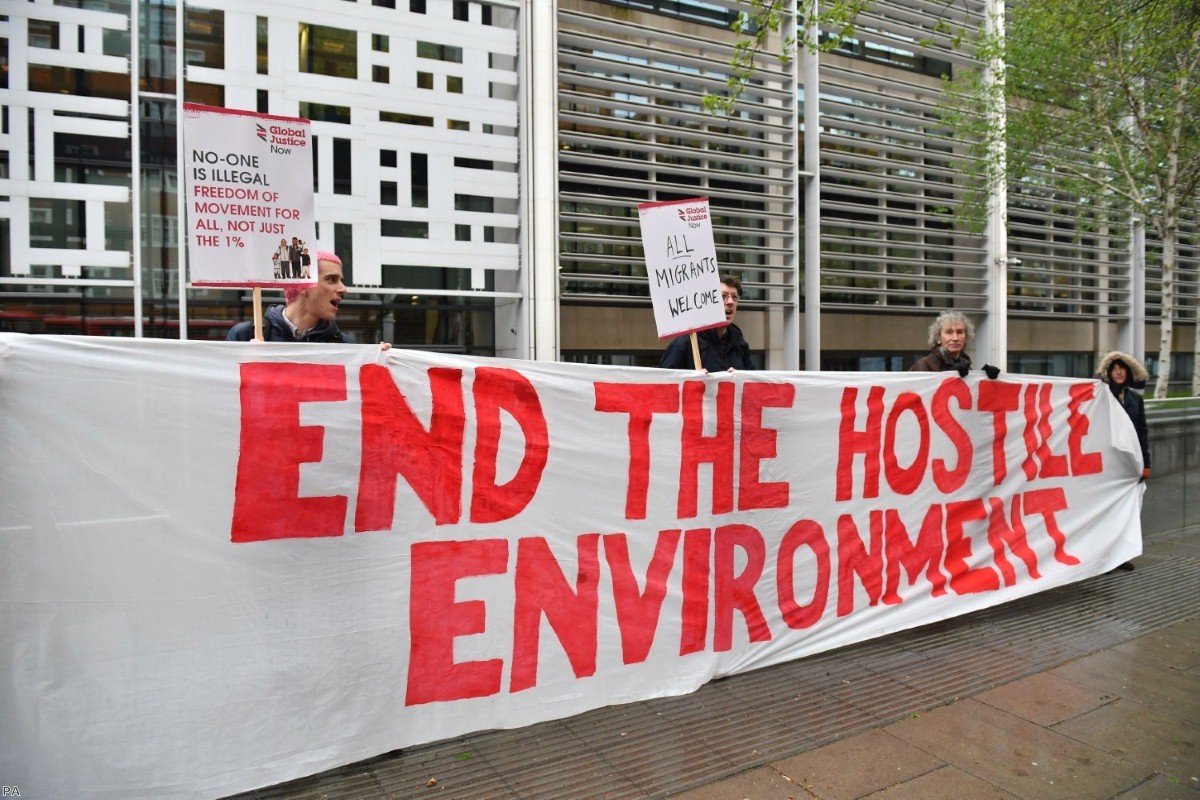 Outrage at Trump is fine, but May’s Hostile Environment needs action too

Refugee week is supposed to celebrate the immense contribution made by refugees and asylum seekers to our communities and remind ourselves why people need to seek sanctuary. Clearly, President Trump didn't get the memo. He chose to spend the first half of the week doubling-down on his policy of tearing children from the arms of their asylum-seeking parents and locking them in wire cages. The goal, he claimed, was to stop them "infesting" America. This is the stuff of historical documentaries and dystopian novels. It's barbaric and indefensible.

Here in the UK, the government employs a rather different tactic to deter people from seeking asylum on our shores. They expose them to Theresa May's Hostile Environment, which aims to make life so unpleasant that they leave voluntarily. While not as bombastic as Trump's approach, these policies also have devastating results.

Last weekend, I was appalled to learn that three teenage asylum seekers from Eritrea have taken their own lives in the UK in the past six months. It's reported they despaired at the seemingly endless wait for their asylum applications to be processed by the Home Office and the lack of support received.

These cases highlight just how badly the Home Office is letting down the vulnerable people who seek asylum in the UK. We can, and must, do better.

The theme for this refugee week was 'simple acts'. I'm asking the new home secretary, Sajid Javid, to commit to making three simple policy changes that would help people feel supported as they rebuild their lives, and hopefully prevent such terrible tragedies in future

Under the current system, it is difficult for health professionals to accurately identify who is chargeable and who is exempt. Although refugees and most asylum seekers do not have to pay for NHS treatment, they are regularly denied healthcare or charged sky-high fees. Those who are most adversely affected are often the most vulnerable – people with little understanding of their rights, who require a translator or cannot access legal assistance.

This policy was ostensibly designed to tackle 'health tourism', which is thought to cost the NHS no more than £300m each year. It puts thousands of lives at risk and our medical professionals in an extremely difficult position, as well as potentially having disastrous consequences for public health. The only way to clear up the confusion around this issue, and protect the health of refugees and asylum seekers, is to ditch it.

Secondly, asylum seekers must have permission to work in the UK while their claim is being processed. The current policy which forces these individuals to live on benefits of just £37.75 per week – one third of the income of the poorest ten per cent of British households – is cruel and inhumane. Not only is it deeply damaging to people's mental health, but it increases their vulnerability to exploitation through working illegally or by criminal gangs.

Scrapping this outdated policy also makes sense from an economic perspective. A study from Warwick University found that if just 25% of asylum seekers were employed, the government could save £70m a year in asylum support costs.

As we approach Brexit, official government figures show that skilled EU nationals are migrating from the UK in their droves, leaving many industries with a growing skills gap. Whether they are relatively unskilled or highly specialised, asylum seekers are ready and waiting to step in and fill these vacancies.

Finally, refugees must be provided with the help they need to learn English. Since 2009, funding for government-funded English for Speakers of Other Languages (Esol) lessons has been slashed by 55%. Many colleges and organisations that provide these classes have commented that quality is diminishing, while waiting lists have grown. In some parts of the country, it can take up to three years for refugees to win a place in the classroom.

The government should heed Refugee Action's call for it to provide every refugee in the UK with a minimum of eight hours of Esol lessons per week. This  would help people feel at home and make friends, as well as preparing them to enter the labour market and engage with their new communities.

In summary, these three simple – and entirely achievable – acts would transform life in the UK for thousands of refugees and asylum seekers. They would also benefit the UK as a whole – both culturally and economically.

Javid has said that he wants to "put his own stamp" on Home Office policy. Well, here's his chance – an opportunity to both roll back the Hostile Environment and highlight how the inhumane, brutal tactics currently being employed by far-right leaders worldwide have no place in modern asylum policies.

Jean Lambert is a Green MEP for London.