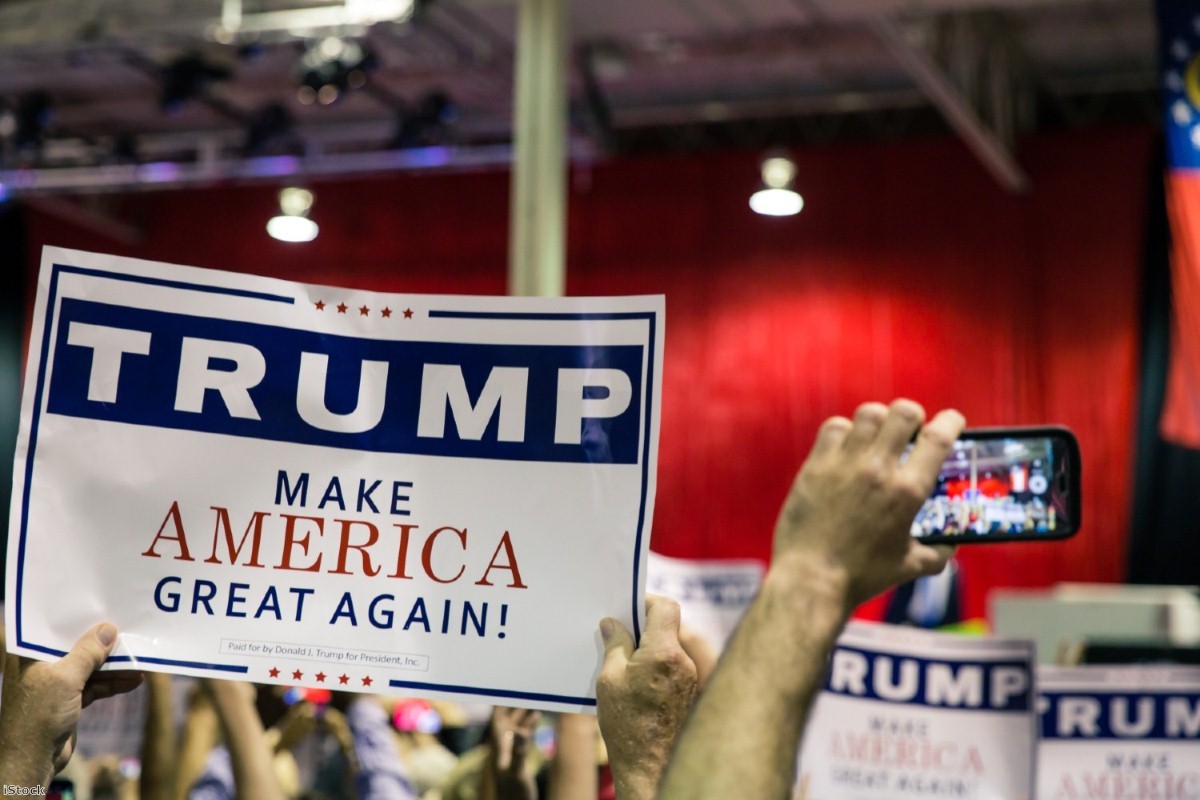 Trump’s shot across the bows at Brexit Britain

For some time now, some of us have been trying to make the case that the Global Britain rhetoric beloved of government Brexiters and their supporters is a dangerous fantasy. Cue Donald Trump, who apparently wants to underline that point for us. This week he announced that the EU, along with Canada and Mexico, will be subject to new tariffs on steel and aluminium (25 and ten per cent respectively). The message is that erratic and impulsive trade policy now prevails over allies and the rules-based world trade order the US created and nurtured. There are grave warnings here for Brexit Britain.

For the UK, as for other EU countries, steel is not economically existential. But for the UK's 31,000 steel workers – and for Port Talbot, for example – there are good reasons to be nervous. The big danger, though, is that steel is the tip of a growing protectionist iceberg.

The EU, Canada and Mexico have all said they intend to retaliate by targeting mainly US agricultural products and the EU has also cited jeans, bourbon and Harley Davidson motorbikes. There is no telling how far this tit-for-tat cycle might go.

The tariffs have been introduced under rarely used and old trade legislation that invokes 'national security'. There is no way steel qualifies nowadays, and this is plainly an excuse for the Trump administration to play protectionism to its core supporters. Others can now cite national security as an excuse to hit back, and so on, bypassing established rules and procedures altogether.

More worryingly, using the same national security cloak, the US announced last month that it was investigating the application of 25% tariffs against imported automobiles and parts. Cue a proper klaxon this time. Cars are big business for Germany, among others, and also for the UK. According to the Society of Motor Manufacturers and Traders, the UK car industry employs 169,000 people directly, and 814,000 including components suppliers and broader support activities. It's a core, and highly efficient, part of our manufacturing and export base (12% of total exports and 15% of car exports go to the US).

For Brexit Britain, America's new trade policies are of the utmost significance. Not least to trade secretary Liam Fox, who said last year that new trade negotiations with the US would begin imminently. Yesterday, he confessed he was disappointed with the US steel action. Disappointed? He should have been fuming on our behalf.

There are three things we need to note now. First, Trump’s actions, unless he withdraws them, will drive Brussels and others towards China, notwithstanding our reservations about that country's protectionism too. But the EU is pretty good at negotiating trade all over the world and the UK will be at a huge disadvantage by not being part of it.

Second, even Brexiter ministers know now what sort of counterparty the US would be in trade talks. America First means exactly what it says. The US has attributes we lack – size, leverage, and experience in and adequate staff for tough trade negotiations. For the record, so does the EU.

Third, the EU and others will doubtless file complaints about the US with the WTO's disputes settlement agency. If the WTO ruled against them, they would have carte blanche to hit back at the US using the same excuses for protection. If it ruled in favour, the US might ignore the WTO, or even leave, as some White House officials favour. This would be the commercial equivalent of the kiss of death for the UK.

If, as a relatively small and very open economy outside the EU,  the UK could not rely on stable and respected WTO rules for the many years it might take to conclude other trade arrangements, the consequences would be chaotic for the economy, jobs and national finances.

Trump's trade salvo over steel is a betrayal of trust vis-a-vis allies, and Brexit Britain in particular. It is a clear warning that the world trade system is in danger. The idea that, on our own, we would free-trade our way to prosperity on leaving the EU was and remains dangerous twaddle.

George Magnus is a research associate at the China Centre, Oxford University, and the School of Oriental and African Studies (Soas).