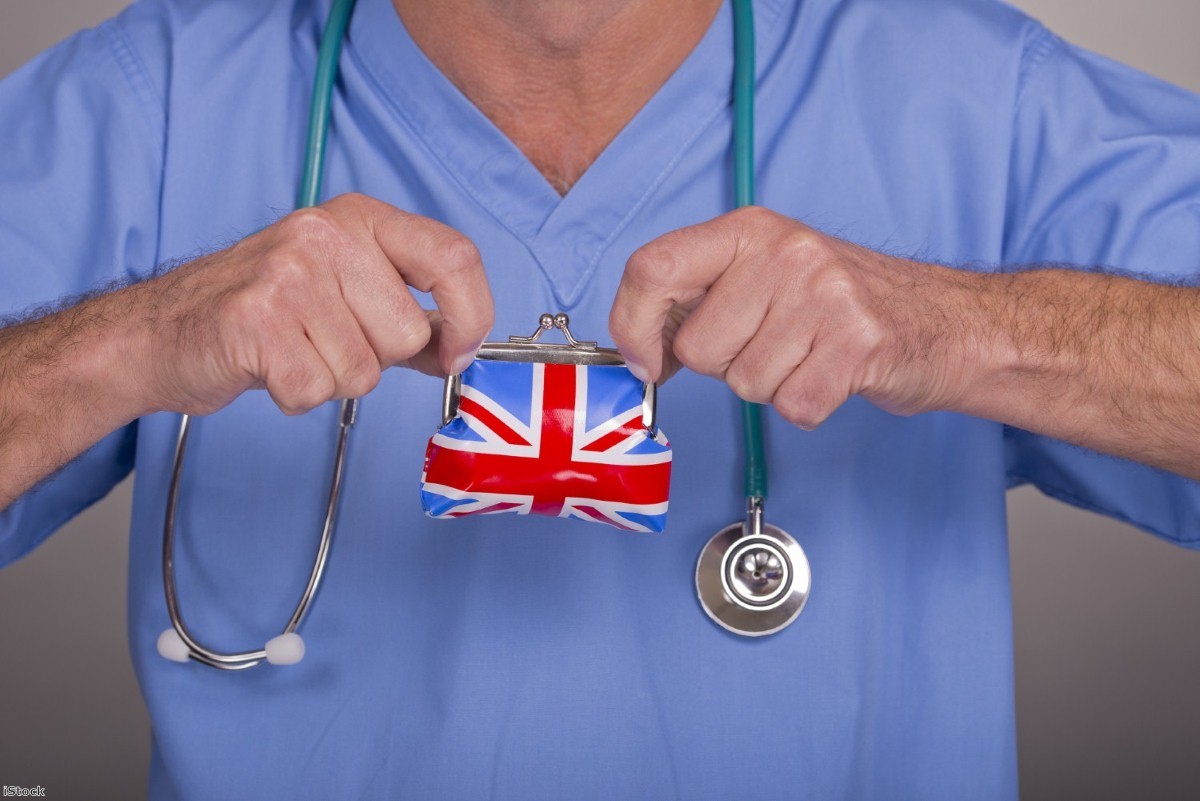 NHS at 70: No more caution – we need tax rises and more spending

The NHS’s 70th anniversary on July 5th offers Theresa May a golden opportunity to show her support for the country’s most popular institution. In a nation riven by Brexit, the NHS unites the population. Last week a poll by Ipsos MORI showed again that the service is the public’s number one concern.

And no wonder. The entire population depends on the NHS and can clearly see the cracks. This winter saw workforce shortages, longer waits, overwhelmed emergency services and three-quarters of hospitals in deficit.  Warm words of support by the government in July won’t wash.

Earlier this year the prime minister indicated a 'long-term plan' and 'multi-year funding settlement' were in the offing. The temptation will be to agree extra funding just big enough to plug gaps before the next election and keep headlines tranquil. This path should be strongly resisted.

Independent analyses on how much is needed produce consistent results. The latest, published last week, from the Institute for Fiscal Studies and the Health Foundation, says circa four per cent real terms growth a year in funding is needed for the next five years just to maintain current levels of access and quality of care.

But under this scenario the population would fail to benefit from a return to the waiting time standards agreed in the NHS Constitution, improved access to mental health services, better staffing, and capital investment to improve productivity. Factoring in these and the real growth needed is nearer five per cent per year.

The investment is non-negotiable if the NHS is to avoid deterioration. The pressures on demand, in particular from an ageing population with multiple chronic conditions, are well evidenced, in plain sight, and growing. Just visit the medical wards in any acute NHS hospital. Severe shortages of staff in primary care and community nursing don’t help. The failure to fund adult social care adequately is a scandal, with 400,000 fewer people receiving support since 2010. This multiplies the demand for expensive hospitalisation.

Alongside these challenges are big opportunities needing investment. For example: new technologies, exploitation of data for patient benefit, automation, and skilling-up management.  Artificial intelligence is interpreting digital images from CT and MRI scans and even smartphones more accurately than humans. New apps and devices are helping more people to manage chronic illness safely at home. The NHS is already using smarter technology to halve the number of cardiac arrests in hospital, free-up staff time, and is preparing to make game-changing cancer treatment – CAR-T (chimeric antigen receptor T-cell) therapy – available. The unique wealth of NHS data can now be mined for patient benefit thanks to advances in computer power and machine learning. For example, to alert for potential health problems, the side effects of treatments, or unwarranted variations in care.

Opportunities like these will revolutionise and sustain the NHS for the future. They demand visionary bold leadership, not cautious and tactical short termism. Stop-start funding and a lack of long-term investment is folly, as successful businesses know. The government’s recent industrial strategy was a start, but ironically not focused on boosting productivity in the UK’s largest industry – the NHS, with a £149bn annual budget. The policy dots need to be joined up.

While the government has protected the NHS from cuts, the last decade of austerity hurt. Average annual growth in funding has been a quarter of what the NHS has been used to since 1948. The backlog is now at least £28bn, with capital investment a big loser.

It shows. Compare us to Germany, France and the Netherlands and the UK has strikingly fewer staff, beds, drugs and other kit such as CT and MRI scanners. On a range of health outcomes, such as cancer survival and healthy life expectancy, the UK’s performance is middling.

Despite this, we are seeing obvious progress. A total of 10,385 fewer people are dying from heart attack now than a decade ago, 8,390 fewer from stroke, and 634 fewer from cancer. And productivity at 1.4% per year over the last five years starkly outperforming that in the wider economy. Investment produces results.

Some see the NHS as a bottomless pit: publicly-funded health care is now 7.3% of national income. But the truth is that, like all other countries across the OECD, health care spending has outstripped inflation and GDP growth. Internationally the NHS is cost effective, fair, comprehensive, and has a low tax burden by western European standards. There is 77% public support for the NHS in its current form. Alternatives would not change the underlying spending pressures.

The NHS makes people feel most proud to be British. There is clear public support for paying more, in particular through tax rises. The 70th anniversary could be the stage for significant backing of the NHS for the next generation. Time to deliver.

Dr Jennifer Dixon is chief executive of the Health Foundation.