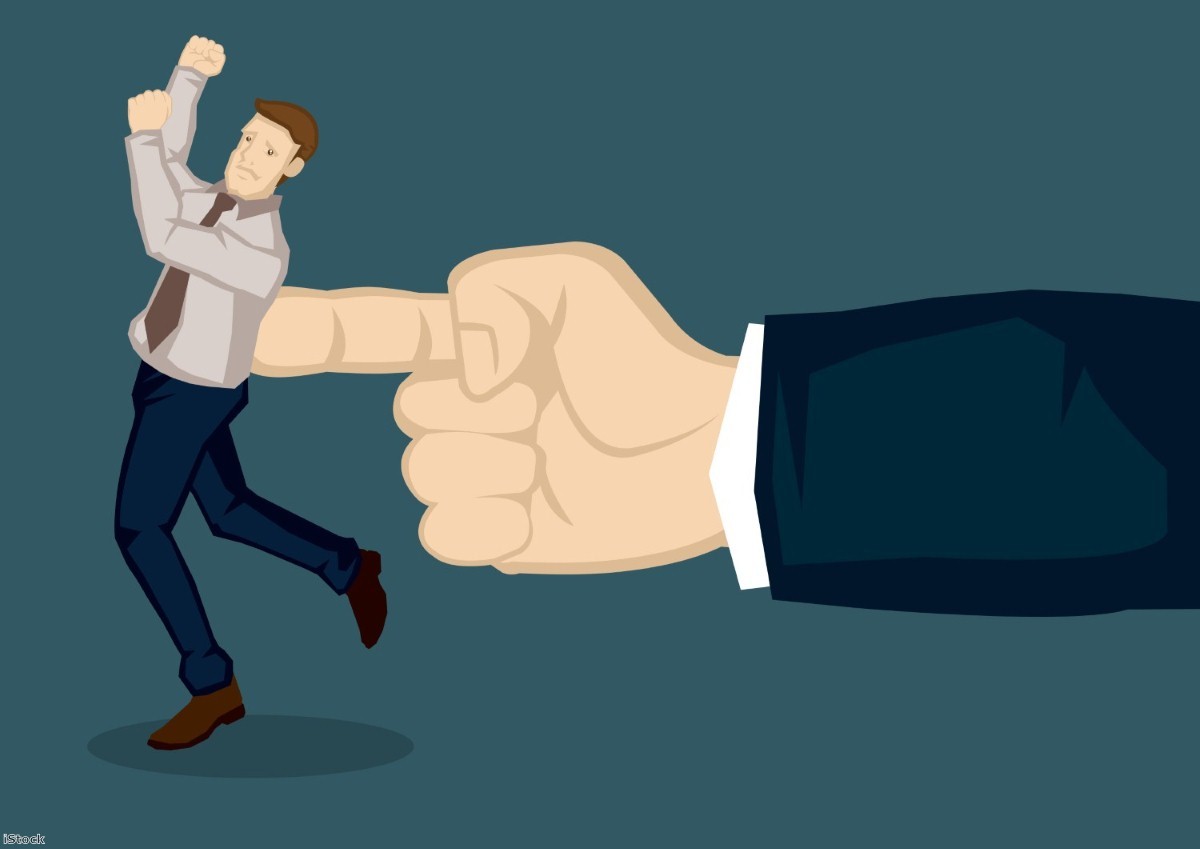 Hostile environment: The dark side of nudge theory

There was a time not so long ago when behavioural scientists believed they'd found a sweet spot between hands-off Reaganomics and the paternalistic nanny state.

Governments wanted citizens to behave in ways that benefited them, but didn't want to be seen to be telling them what to do or how to live. The answer was to be found in 'choice architecture', a term popularised by Richard Thaler and Cass Sunstein in their 2008 book 'Nudge'.

Since then, this theory has come to impact on millions of our day-to-day decisions, from whether we buy fruit or veg to how we urinate. It is always operating under-the-radar, affecting you on a subconscious level. But it is not always so generous. The row over Theresa May's 'hostile environment' shows what happens when Nudge theory goes dark.

It's hard to argue against the many benefits of choice architecture. People are more likely to agree to become organ donors, for instance, when they are asked to opt-out as opposed to opting-in. This way the NHS can get its hands on more organs without that state forcibly harvesting your liver. Similarly, people are more likely to leave money to charity after they die if they are presented with the option to do so while registering their will.

It's easy to see why these ideas would be attractive to policymakers who could suddenly encourage more people to live healthy lives, save for a pension and pay their taxes earlier without the use of coercion. The individual was free. And as long as the government's preferred outcome was presented as the path of least resistance, most of us would be inclined to do the right thing. People would make better choices for themselves and governments would become more efficient.

These ideas have been seized upon by politicians around the world, on both the left and right. In 2009, Cass Sunstein was hired by the Obama White House. A year later David Cameron set up a 'nudge unit' in Downing Street. Over the last eight years, almost every interaction between the state and the individual has been amended with apparent (and some not so apparent) elements of choice architecture, including applications that do not necessarily have the individual's best interests at heart.

In 2010 the Conservatives came into power with two decade-defining targets. One was to eliminate the deficit by 2015 by dramatically reducing government spending. The other was to reduce immigration to the tens of thousands. The government then employed behavioural science to these ends, tasked with nudging the public away from interacting with the welfare state and creating a sprawling bureaucracy to deter legal and illegal migrants from living an ordinary life in Britain.

Across the country, many can only see a GP by waiting outside a surgery in the wind and the rain so that they can ask for an appointment at the reception desk at 8am. This is no accident. A recent survey revealed that one in five people have given up trying seeing a doctor more than once in the last year because they had trouble getting through to their surgery.

The aim is to ensure that nobody goes to see a GP unless they feel like they absolutely have to. Most people are aware that the government uses choice architecture to make the service that we are entitled to feel as if they were a desperate last resort.

In the world of online user experience (UX), web-designs that deliberately make your experience harder are known as "dark patterns", a term coined by the user research specialist Harry Brignull. You might encounter dark patterns when airline websites force you to opt out of buying travel insurance or when newsletters bury a tiny 'unsubscribe' button deep within their small print. Amazon, which patented the one-click purchase back in 1999, requires would-be escapees to click on a minimum of eight unmarked links at the bottom of the page before they can delete their Amazon account.

Just as a website can use a big yellow button to make buying a book or signing up to a newsletter inviting, governments can use nudge theory to make saving money for your pension easy and user-friendly. But it can also establish its own dark patterns too and the biggest government dark pattern of all is the hostile environment policy established in 2012 to encourage migrants to leave the country.

The policy meant that without the right paperwork, people were deprived of health services, employment rights and access to housing and effectively excluded from mainstream society. They were not barred. The circumstances were simply created to nudge them into leaving the country.

For six years the hostile environment persecuted the least visible among us. It was only when its effects on the Windrush generation were revealed that the policy’s inherent prejudice became clear to all. What could once be seen as firm but fair suddenly looked cruel and unusual. These measures might have been defensible if the legal migration process hadn’t been turned into a painfully punitive process for anybody arriving from outside of the EU.

These bureaucratic dark patterns allow the government to celebrate immigration in public while simultaneously strangling it with red tape behind the closed doors of the Home Office. The government can do anything and everything to drive down the number of migrants while simultaneously providing Michael Gove with enough plausible deniability to tell the Today Programme that Britain is "the most immigration-friendly country in the EU" and walk away unchallenged. After all, migrants are welcome here – but terms and conditions apply.

Nudge theory was initially conceived and applied as an exciting idea with noble purposes but, as Harry Brignull has remarked, "pretty much any usability principle there is you can just invert and use for an evil purpose". The government can't dramatically refine access to the welfare state or round up immigrants in the street, but it can use choice architecture to discourage people from accessing public services or living in a country they are legally entitled to be in. And best of all: They don't ever have to admit what they are doing.