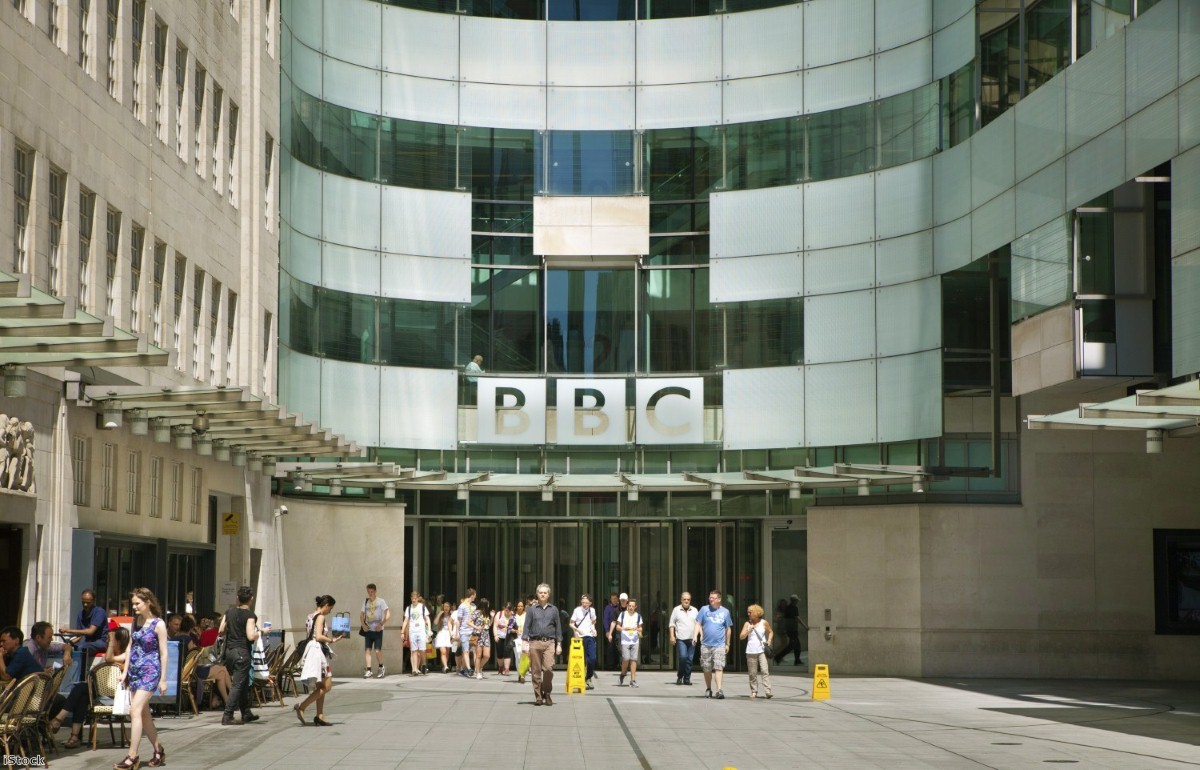 What’s actually going on with the BBC and Brexit bias?

The last few months have seen a bad-tempered debate kick off between the BBC and many figures who would usually be first up to defend it. Remainer Lord Adonis has been taking potshots at the corporation on a daily basis. Former Newsnight host James O'Brien wrote a piece warning it to avoid false balance. Owen Jones took personal aim at the political nature of Andrew Neil.  BBC complaints have been flooded by Remainers angry at the BBC’s lack of coverage of anti-Brexit marches while giving Farage's tiny fish photo-ops much more time. The BBC's Nick Robinson hit back at critics with a piece warning that their focus would create a British version of Fox News.

Whether or not there's an agenda inside the BBC to push for Brexit, something just as pernicious is happening. The corporation has been frozen with fear after countless attacks from the reactionary right and is systematically failing to uphold its responsibilities for public education. It has prioritised character-driven political soap-opera over communicating the huge unpublicised evidence base. And the country is poorer for it.

In February, YouGov conducted a poll on BBC Brexit bias. It found that 45% of Leave voters thought the BBC was biased against Brexit, compared to just 13% of Remain voters.

This shouldn't be a surprise. Even though independent academic studies show a slight pro-Brexit bias,  there's been a constant stream of reports claiming an anti-Brexit bias – predominantly from influential Leavers.  A significant proportion come from the same source: 'News-watch'. This group has been funded by Arron Banks and right-wing Tory MPs over the years. They even purchased the BBCcomplaints.com website to push the narrative specifically on Brexit.

A cursory Google search on 'News watch bias EU' shows how regularly years of News-watch reports about 'bias' are funnelled up through the tabloid press, complete with pro-Brexit politicians using them to craft angry letters pressuring the BBC.

The notion of 'bias' begs a question though: bias relative to what?

Four hundred and seventy nine MPs were declared as Remain and 158 for Leave in June 2016.  That’s a 3:1 ratio. But in October 2016, the Express covered the apparently shocking news – derived from News-watch – that political programmes had been populated by 59 pro-Remain politicians and only 37 pro-Brexit ones. That’s a 1.6:1 ratio, meaning that pro-Leave politicians were represented twice as strongly as you would expect by chance. The Brexiters were actually over-represented.

There are similar complaints from News-watch about the ratios of pro-EU vs anti-EU experts featured in BBC coverage. But given that nine out of ten academics supported Remain, the News-watch horror at a 3:1 ratio of Remainers to Leavers in the non-political guests actually suggests the BBC was working hard to give pro-Brexit experts a helping hand.

The ferocious attempt to create balance where, in truth, there is none continues wherever you look. Between 2011-2014 a colossal Balance of Competences review was comprised from 32 reports on the UK-EU relationship across a wide variety of sectors. The whole exercise was intended to trawl for eurosceptic backup to help David Cameron bully for repatriation of powers back from Brussels. It was hailed by William Hague as the “most extensive analysis of the impact of UK membership of the EU ever undertaken”. And what did it find? Nothing. There wasn't even one area with a case for transferring powers back from Brussels

According to a critical Lords’ report, the government spent £5million on commissioning the work and not a penny in promoting it. In fact, Cameron buried the last tranche of the reports under the 2014 floods . The BBC barely mentioned their existence, let alone touched upon their contents. It's very clear where the balance of evidence lies. However, this is entirely disconnected from what the BBC communicates.

The EU referendum debate was a unique opportunity to break away from the adversarial politician-versus-politician model of general elections and hold a truly educational, society-wide debate. Given the wealth of information that had come forth during the Balance of Competences review, there was ample opportunity to channel new voices across a full range of sectors.

The BBC and wider media did no such thing. A study by Loughborough University found “a very narrow debate” in the EU referendum. The press coverage was 91% men and 44% Conservative politicians (ten per cent Labour) . White Tory men dominate EU referendum coverage in the press and on TV. Audiences were frustrated by the politicians’ soundbites of claim and counterclaim,  with the BBC giving “equal airtime to unequal arguments”. By the end of the soap-opera, Brits were still ill-informed on just about every issue relating to the EU.

Remainers' exasperation with the BBC recently comes down to several factors. The corporation appears to toe government hard-Brexit lines unquestioningly, there is a clear pro-Brexit stance from a few leading BBC personalities and a blind-spot for large anti-Brexit events. But there's something else too. The BBC has allowed itself to become the pulpit of arrant superficiality in debate.

This seems to be misunderstood by defensive BBC personalities, who attribute the Remainers' pique to hearing 'people you disagree with saying things you don't like'. Robinson's article was headlined: "Remainers attacking the BBC should be wary of ending up with a British Fox News."  The sub-header read: "The United States is now a democracy in which there are no shared facts and are only disputed opinions." Yet, this is exactly where the BBC has failed. It has stopped being a resource and communicator of shared facts, and instead become an arbitrator of disputed opinions.

There are, even now, plenty of 'shared facts' to be found if you care to look. There are countless cross-party reports coming from the committees of the Lords and Commons. I recall a Lords inquiry into UK-EU science published in April 2016, during the referendum debate, after six months of oral testimony and over 70 submissions. The submissions and testimonies alone were fascinating and educational. Delving into the consensus-built conclusions in a compelling and easy-to-digest way would improve public understanding of the world around us, including our rich civil society contributions. The BBC coverage amounted to one online article.

Compare that to the time spent on some of Boris Johnson's off-hand pronouncements at the time, which were assiduously discussed, for hour after countless hour, on BBC TV and radio. This is the difference between public education and gossip journalism.

Even now, there is a robust stream of quality reports coming from the Lords, Commons and further afield – drawn from cross-party inquiries and wider civil society input. Yet the BBC seems to provide no quality educational interface to such repositories of agreed 'shared facts'. It also appears to shun the 'shared facts' of major peer-reviewed output from top journals like the Lancet on matters of Brexit and the NHS.  And yet it happily promotes the not-so-shared facts of non-peer-reviewed claims by Prof Patrick Minford. Wild claims trump measured consensus.

It has not appeared even to expand its research team to meet the explosion of demand. BBC analysis online is depressingly lightweight compared to output you will find from The Economist, the Financial Times, UK in a Changing Europe and the Institute for Government. A paradigm shift is needed. The BBC is a public educator which brought us BBC microcomputers and the iPlayer. Surely it can innovate to develop a creative online interface to handle the evidence-base deluge around Brexit. The public need it – and so do its own journalists.

Of course, there will always be some of the usual tit-for-tat political gossip of which the BBC is so fond. This is not an argument for ignoring it altogether. It is simply a demand that we ground a greater proportion of content in the sort of 'shared facts' journalism which Robinson claimed to be so keen on.

The BBC badly needs a push in robust, innovative public education. Otherwise, how does BBC news retain privileges over Channel 4, Sky or ITV? If it cannot distinguish itself as the primary public educator, what is BBC News good for?

Dr Mike Galsworthy is co-founder of Scientists for EU.