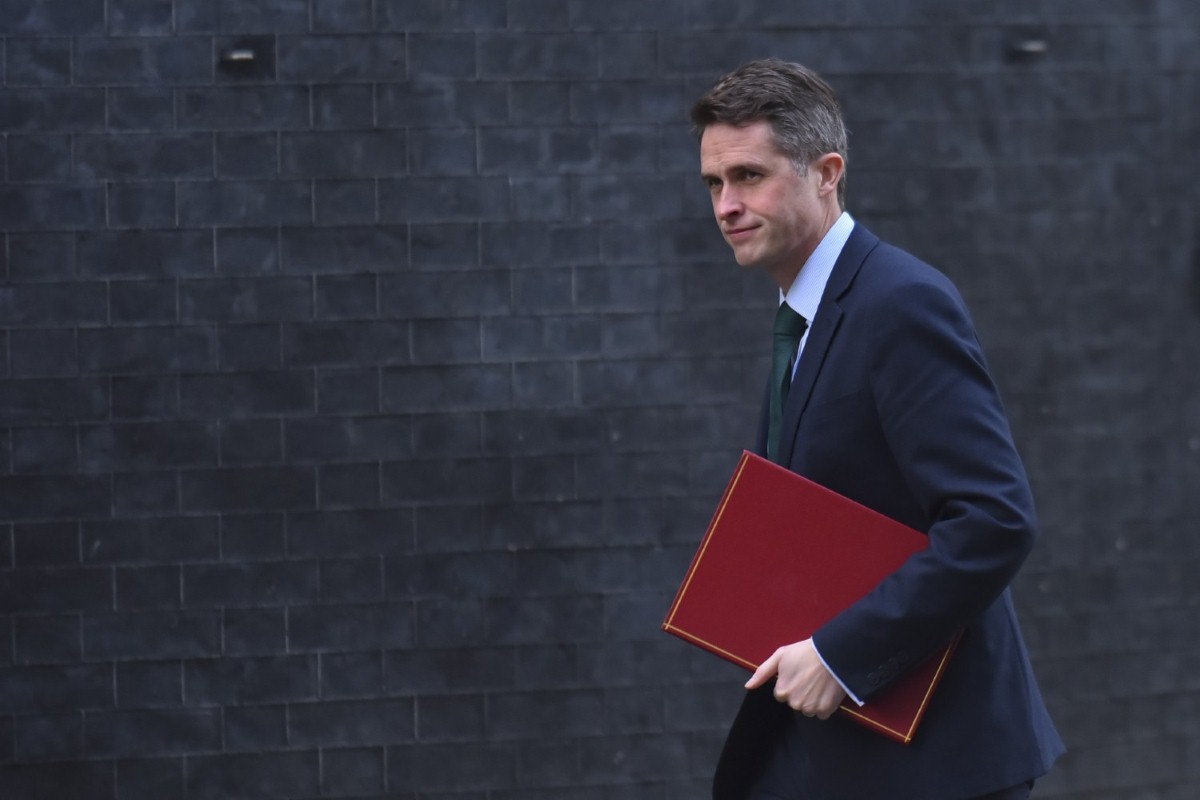 Whisper it: Gavin Williamson is actually doing pretty well at the MoD

Gavin Williamson was a far from popular appointment when he was promoted to defence secretary last year. Among the more charitable descriptions, he was branded a "self-serving c***". But take a closer look at what he's been doing at his department and a slightly different picture emerges. The truth is, Williamson has a good story to tell.

Late last year, the writing appeared to be on the wall for the Ministry of Defence (MoD), with drastic cuts being planned. But fast-forward six months and an additional £800 million has been added to its 2018/19 budget, with the prospect of more money to follow. As an individual running one of the least subtle party leadership bids in British history, Williamson is, of course, more than happy to let people give him the credit. But the story is much more complex than that.

The UK has somehow got itself into a position where it needs to revise its defence posture just over two years since it published its most recent National Security Strategy & Strategic Defence and Security Review. Financially, it had combined over-optimistic plans for procurement and efficiency savings and then been faced with a stark fall in the value of sterling after the Brexit vote, making imported military equipment more expensive. That left a projected budget gap of around £20 billon over a decade.

In policy terms, the shock of Brexit, a series of terrorist attacks after a period of relative calm, and a desire to shift towards a more holistic approach to security, were all also important factors. Theresa May’s national security advisor, Mark Sedwill, was duly tasked with heading a Cabinet Office National Security Capability Review. At the time, this was expected to cover all aspects of security policy, including defence.

Very quickly, rumours emerged of major capability reductions – including the loss of the Royal Navy’s amphibious landing ships. Leading MPs and retired military officers interjected. This is par for the course in defence reviews, but there was a wider feeling of agitation at the decision to make the Sedwill review 'cost neutral'. Defence minister Tobias Ellwood reportedly threatened to resign over proposed cuts to the army and a spat between Williamson and Philip Hammond occurred which included the chancellor being denied the use of an RAF plane until the Treasury paid an outstanding bill from the MoD.

After a ferocious lobbying operation, Williamson managed to spin out the defence element of the review into a separate Modernising Defence Programme, for publication in the summer of 2018, with a tacked on agreement that additional funding would be a possibility. This in and of itself did not accomplish a great deal, but it bought him time.

Are there any reasons for the MoD to expect favourable results from the review? Fundamentally, it will be the political backdrop that determines the outcome. Luck plays as big a role in this as skill.

As is often the case, one person’s luck often results from the misfortune of others. One of the most important developments in UK defence policy of recent years occurred on March 4th, when Sergei and Yulia Skripal were found slumped unconscious on a park bench in Salisbury. Suspicions of Moscow’s involvement immediately arose, given Sergei Skripal's previous role as a double agent for MI6, and it was soon determined that he and his daughter had been poisoned by a nerve agent to which only Russia could plausibly have access.

This development had two major political consequences. Most directly, the sight of scientists trudging around suburban Wiltshire in chemical protection suits elevated the threat presented by Russia from something abstract and distant to something tangible. Hammond’s 2015 assertion that there are "no votes in defence" now seems shaky at best.

The second consequence involved the Labour leadership's appalling handling of the incident. Conservative attempts to paint Jeremy Corbyn as a threat to national security are nothing new, but they'd failed to stick in the past. But his refusal to attribute blame to the Russian state – despite being briefed on evidence that subsequently convinced dozens of countries to expel diplomatic staff – will have unnerved many voters. Three-quarters of the UK public believe it probable that Russia carried out the attack. There is strong approval of Theresa May’s handling of the issue.

This provides a party political incentive to a Tory security spending initiative. The government can now make a strong financial commitment and dare Corbyn to reject it. The 2017 Labour manifesto pledged to match the Conservative’s commitment to maintain defence spending at two per cent of GDP. Pushing that number to 2.5% would present a major dilemma for Labour’s current leadership. It would also provide an opportunity for the Conservatives to maintain their grip on many of the more nationalistic, pro-Brexit working class Labour voters who jumped ship to the party – be it directly or via Ukip – in 2017.

The impact of the poisoning of the Skripals might not have been as potent had serving senior officers not been pushed by the defence secretary to speak out, both about the threat posed by Russia and the requirement for new investment. Notably, in January, general Nicholas Carter – currently the head of the Army and soon to be chief of the defence staff – delivered a speech signed off by Williamson in which he highlighted Moscow’s “eyewatering” capabilities. This preparation has made the construction of a pro-defence narrative around the Salisbury incident far easier.

The indications are now that sustained additional funding will be granted to the MoD as part of the November 2018 Budget. Former defence secretary Michael Fallon is calling for resources at the level of 2.5% of GDP to be made available to the MoD – a rise of around £7.7 billion per year. This may be unrealistic, but a substantial cash sum is in the offing – particularly given Theresa May’s likely need to sooth right-wing backbenchers around the time of the Brexit deal vote this autumn.

Praise for Williamson should be limited. He has found himself in this position as much by political circumstance as by skill, and any new cash for the MoD will come with strings attached, probably in the form of efficiency savings. But there's no getting away from the fact that the defence secretary seems to be achieving things at his department, no matter what his colleagues might think of him.

Rowan Allport is a senior fellow and the Security and Defence team lead at the Human Security Centre, a London-based think tank. Follow him on Twitter here.