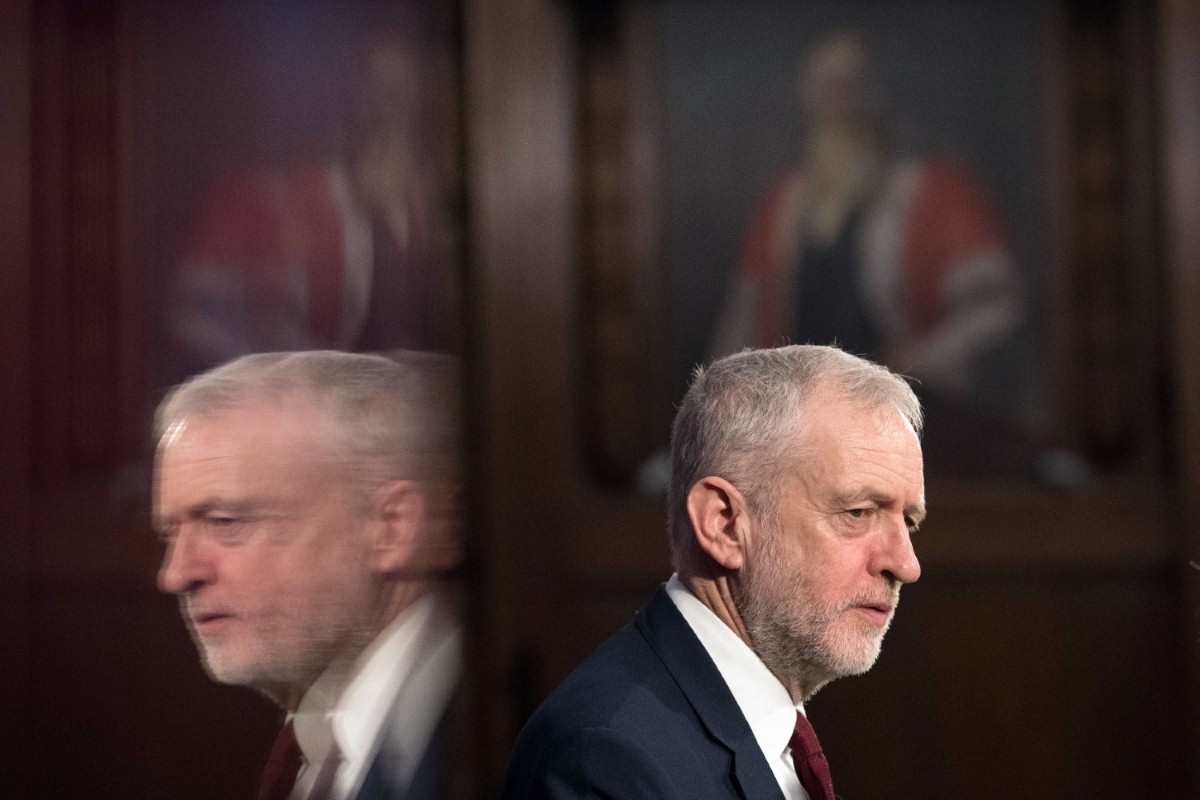 Corbynism without Corbyn: Time for the left to think the unthinkable

For many Labour supporters, the night of the June 8th 2017 was a validating experience. After two years of internal party strife and gloomy predictions from pollsters, it felt like something finally clicked during the campaign. Labour seemed to have invigorated a generation of young people who'd never known anything but austerity. And more than that, Jeremy Corbyn had proven himself a vote winner. The naysayers were silenced.

And so it was for a while. But things are not well in the Corbyn project. The last few weeks have seen him needlessly come unstuck on Russia and anti-semitism. Today, he is coming under fire from his own MPs for failing to specifically condemn the Assad regime for chemical attacks in Syria.

For those of us on the Labour left, it's time we had a little more confidence in the project as a whole, rather than just the personality of our leader. Corbyn should step down and let another left-wing candidate take his place – one without the baggage of the current incumbent.

That being said, we shouldn't understate his achievements. A leadership change can only take place within the left because Corbyn has been so successful.

Labour has become a party which is unafraid of being radical. It's not just about nationalisation, or demands for new social housing. The change goes much further. It is starting to think about the future in its own terms rather than just harking back to the 1980s. The discussions taking place now are about universal basic income, a national education service, land value taxes and a sovereign wealth fund.

We've also shifted the Overton Window and forced the Tories to follow. Michael Gove's surprisingly robust approach to environmental policy demonstrates how the governing party is adapting to a political agenda set by the left. After polling showed animal welfare was a big weakness for them during the election, CCHQ has rapidly changed track. The same effect can be seen in Theresa May's notable, albeit timid, shifts towards interventionism in the housing and energy markets.

Labour's potential as a hotbed for transformative policies could be discussed for hours, but if this is going to have a substantive effect it needs to seize the reins of government. One of Corbyn's personal triumphs from the election campaign was his newfound ability to compromise – on the manifesto and his personal style – while keeping his populist essence.

But let's be frank. Over the last few weeks, it seems he has finally found his limit on both of these fronts. Leaving aside the details in each case, Corbyn's reactions to the Russian poisoning in Salisbury and reports of anti-semitism in the Labour party have shown fundamentally flawed political instincts.

Hysterical stories about Corbyn being a terrorist-sympathising Czech spy are one thing, but a seemingly ambivalent reaction towards a nerve agent attack by a foreign power on British soil has woken many people up to the potential reality of a Corbyn premiership.

The anti-semitism row highlights different but related failings. It is undeniable that Corbyn is a lifelong anti-racist and hardly anyone is foolish enough to explicitly attack the man himself for anti-semitism. But he took a ridiculously long time to respond to valid criticism from his MPs and the broader Jewish community. He seems politically tone deaf.

Labour cannot continue to be led in such a reckless manner if it is going to enact the agenda that its members and 40% of the public have voted for. In a polarised political status quo, every percentage point could make a key difference in marginal constituencies. A leader placing his principled stance on foreign policy over good public relations will struggle to get a majority in the Commons, let alone the kind of large majority needed to enact a radical agenda.

These are the kinds of pragmatic questions the left should be asking itself. Pragmatism is not code for selling out. If Corbyn supporters continue to place a premium on loyalty to their leader over the winning and holding of office, Labour will stay on the opposition benches for the foreseeable future.

Corbyn's supporters feel that any change in the leadership means a return to Blairism. And it's true that if Corbyn went, the Blairites would undoubtedly put up some sort of sacrificial lamb. But he is far more likely to be replaced by a left-winger like Laura Pidcock or – at the most centrist – an Emily Thornberry or Angela Rayner.

This in itself is indicative of the transformative effect that Corbyn has on Labour. Even by summer 2016, one year into his leadership, the only opposition that could be mustered against him was essentially Corbyn-lite, with the supposedly more electable face of Owen Smith. Whenever he goes now, his successors will be jostling to prove themselves his true successor. As someone who began his campaign in 2015 as an outside shot, this is remarkable.

The merits of a new leader are manifold. Simply by virtue of not being Jeremy Corbyn, they will be able to make a fresh impression upon the electorate and speak to voters who are currently beyond Labour's reach. They won't have the connections with the IRA or Hamas that have hung around Corbyn's neck. They won't have spent their entire political careers in the wilderness supporting causes, and appearing on TV stations, that seem questionable at best to the average voter.

They would also give the party a much-needed facelift. Corbyn, Dianne Abbott and John McDonnell are all in their 60s. A replacement could provide links to a younger generation of activists and present a more youthful appearance to the electorate.

Imagine a candidate taking the best from the left and moderate wing. They would campaign for large-scale government investment in housing, education, transport and jobs – but have no scruples standing up to an aggressive Russian state or actively purging anti-semites from the party.

A female leader – as seems more likely than ever – would stop the Tories from resorting to the overused 'two woman prime ministers' attack-line at PMQs. And they could lead the charge for a softer, more pragmatic Brexit that would see us remain in the single market – thereby keeping the party's young, diverse, overwhelmingly pro-Europe membership on board.

For the left, it is time to consider seriously whether the benefits of a Corbyn leadership continue to outweigh his significant drawbacks. Corbyn has done a truly remarkable job at rejuvenating and transforming the party into a vehicle for real change, but his ability to follow through on this and lead Labour to government seems questionable.

There are many compelling alternatives in the parliamentary party. It's time for Labour to show that it is not a cult of personality around its leader but a democratic mass movement that can win on its principles.

Joe Smallman is a first year student and a member of the Labour party.