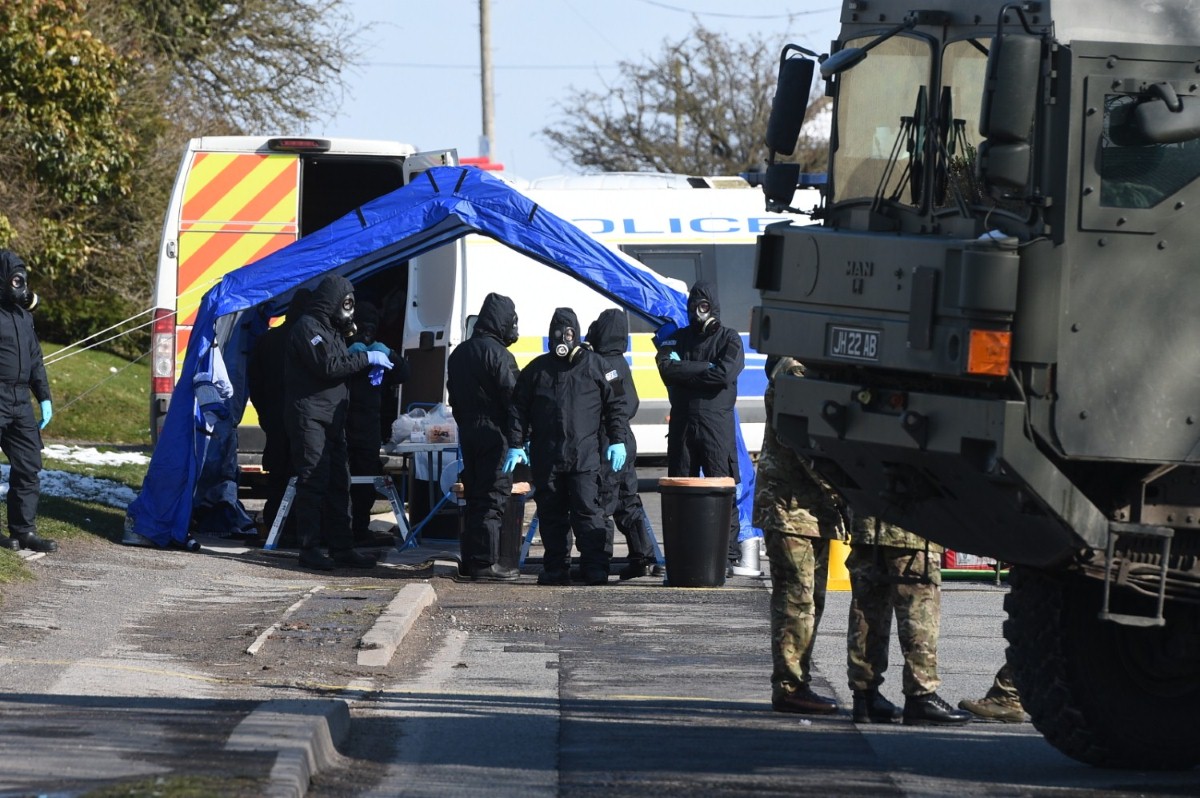 Myth busting: Why didn’t the Skripals die on the spot?

An interesting question has been raised. If nerve agents -and in particular the so-called Novichok agents – are so deadly, why didn’t Sergie and Yulia Skripal die immediately? Instead, as countless internet conspiracy theorists have pointed out, both the daughter and father appear to be out of critical condition. This is a valid question that deserves an answer.

First, it is important to get the terminology correct. 'Nerve agents' are chemical substances that interfere with the chemistry of the human nervous system by binding with an enzyme called acetylcholinesterase.  By this definition, a number of chemical warfare agents and a number of pesticides are included in the family of compounds known as nerve agents.

Nerve agents are not toxins by the technical definition. Toxins are poisons produced from animal, plant, or microbial sources. Snake venom is a toxin.  Sarin and VX and Novichoks, being products of wholly man-made origin, are not toxins. The term 'nerve gas' is not useful, either, as the nerve agents are all liquids or solids at room temperature.

The term 'military grade' is also completely pointless. Some militaries made very high grade nerve agents during the Cold War, such as the USSR and the United States. However, militaries have made and used much lower-grade nerve agents, such as the very poor quality Sarin that Saddam Hussein made and used against both civilian and military targets in the Iran-Iraq war.  As militaries have had both the highest and lowest grade of nerve agent, the term 'military grade' is redundant. It is literally comparable to saying 'catering-grade grape product' to refer to both the highest grade Bordeaux and grape juice.

Nerve agents only really work quickly when they are inhaled. The mechanism of action in the Skripal case appears to be dermal absorption – the agent got into their systems through the skin. This works slowly. Signs and symptoms progress from localised ones at the site of exposure to central ones over a period of hours. In a cold war-era study with goats and the nerve agent Soman, death took up to 48 hours after exposure to the shaved skin. It's not exactly fast.

Second, if something happened to reduce the intended dose – for instance if the person opening a door handle was wearing gloves – then a possibly quite lethal dose could have been mitigated to a lower one.

In addition, we must also allow for human factors. Did one of the Skripals say: "What is this muck on my hands? I'm going to wash up". That would have initiated a self-decontamination effort. Soap and water is actually quite good at decontaminating nerve agents, as numerous studies have indicated.  All of the organophosphate nerve agents degrade in the presence of water, through a mechanism called hydrolysis. So, did the door handle in question get wet? Salisbury is not known for an arid climate.

Practical toxicity in the field differs greatly from the theoretical toxicity of poisons in laboratory conditions. Every major nerve agent incident (Tokyo, Halabja, Ghouta, Khan Sheikhoun etc) has had more people injured than killed. The Tokyo incident killed 12 people, but there were nearly 70 with major exposure who survived and nearly a thousand with minor to moderate exposure.

The most important thing to consider, however, is the nature of the lethality and toxicity estimates for nerve agents. All of these toxicological statistics are derived from studies wherein the targets (almost always lab animals) did not receive decontamination or treatment for their injuries. Indeed, if you were trying to experimentally determine figures for lethality, administering antidote therapy or decontamination would warp the results and be bad science. Statements that 'substance X is five times more lethal than Y' are only valid in the absence of medical treatment.

The bottom line is that nerve agents are killers in the absence of serious medical care, but their track record as killers is actually quite poor if some medical care is given. There are a number of cases where people were exposed to very high doses of nerve agents and survived with aggressive medical interventions.

It is clear that the Skripals and the police constable received serious and relevant medical interventions. The phrase 'no antidote to Novichoks' has been used and taken seriously out of context here. It's true that there’s no specific antidote to the Novichoks in the sense of an antitoxin or antivenin as a direct attack on the offending chemical. But we can tackle the harm they do.

All of the nerve agents, old and new, operate on the same biochemical principles and cause the same mechanism of injury by provoking a 'cholinergic crisis'. The direct therapy for this crisis is the same regardless of dose and regardless of the agent causing it. The most important drug is atropine. It directly works as an antagonist for the excess acetylcholine in the nervous system. Or, simply, it knocks down the build-up of chemicals that is making the victim sick. Atropine is not exotic or rare. It is routinely stocked in ambulances and hospitals for a number of uses, including overdoses and cardiac situations.

In the case of Salisbury, atropine is specifically referenced in the hospital trust's publically-available emergency plans. There’s nothing odd or strange about atropine being available in Salisbury. NHS ambulance services and hospital A&E services have been worrying about chemical terrorism for decades now. Excellent training is being given and numerous exercises have been held.  People should be happy, not shocked, that training and protocols kicked in.

Other medical measures are important. There is a category of drugs called oximes. Their usefulness varies from nerve agent to nerve agent, and varies with the time between exposure and administration of drugs. Their usefulness in Novichok situations is not well established. Anticonvulsants like diazepam are useful as well, and would be relevant in Novichok poisoning. Supportive care to maintain open airways, assist breathing (if necessary, using ventilators) and maintain circulation are critical to survival, but are basic skills for any serious hospital.

Having worked in chemical warfare defence for 27 years, the survival of Sergei and Yulia Skripal are no surprise to me.

Dan Kaszeta is a London-based consultant in security and chemical defence. He has 27 years experience in the field, with roles in the US Army, the White House, the US Secret Service, and private industry. You can follow him on Twitter here.