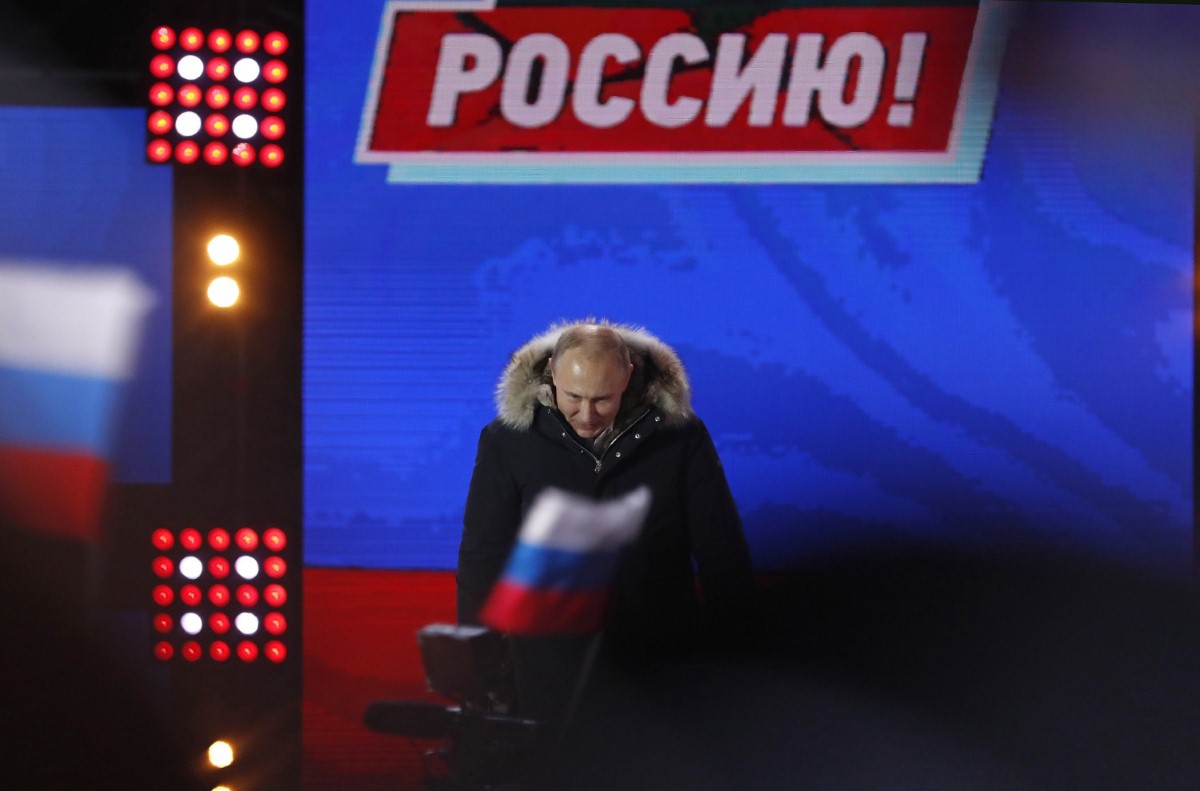 No British patriot should trade with Putin

In 1938, sickened by Hitler's occupation of Austria and the persecution of Jews, a British business leader, Sir Frederick Marquis, ordered his firm to end all trade with Nazi Germany. He announced this in a short speech.

Today's business leaders should consider his example. They should decide whether, as patriots, they can continue to trade with Putin's Russia.

It is facile and wrong to equate Putin with Hitler. But in one key respect their regimes are alike. Every major German business in the 1930s cooperated with Hitler, most of them voluntarily. They competed for Hitler's favour and they feared his rage. They were eager for patronage and contracts from Hitler and his cronies.

Putin has the same sort of hold over Russian businesses, particularly those owned by oligarchs. He has secured it by a similar mix of intimidation and bribery. All Russian businesses of any size operate on terms set by his regime. They are linked to it, and its other key supporters, particularly the armed forces and the security services, by powerful networks of mutual favours.

Business leaders who show any sort of opposition to Putin, or even strive for some independence, face the judicial theft of their main assets, punitive fines or imprisonment for imaginary offences – or murder.

There have always been sound business reasons for staying out of Putin's Russia. The fundamental ingredients of business confidence – the rule of law, security of contract and title, certainty that obligations will be fulfilled – do not exist there. Foreign investors, including BP, have lost colossal sums by caprice when they have fallen foul of Putin and his cronies.

Endemic corruption poses an unpredictable and uncontrollable cost for anyone doing business in Russia, which is ranked 135 in the latest Corruption Perception Index by Transparency International. Only 45 other countries did worse.

Now British business leaders should also consider the threat not only to their business but also to their reputation if they continue to trade with Russia.

British business leaders must therefore decide whether they wish to help an enemy of our country, who has given himself the right to have people murdered on its soil.

I hope we will not hear any claptrap from defenders of business links to Russia about building dialogue or creating pressure for reform. One used to hear such stuff  frequently in the apartheid era in South Africa. The usual phrase was 'building bridges'  to encourage reform.  The bridges were built, not only in business but also in sport, for over twenty years and apartheid got worse and worse.

Putin wants all the advantages of trade and capital from the Western world, without any of the risks of weakening his control over Russia. Any Putin 'reform' is either cosmetic or designed to reinforce that control. It is futile to hope that any individual business leader will take the risk of challenging the Putin system after seeing what happened to Beresovsky, Khodorkovsky and many others. It is even more futile to hope that Russian business leaders collectively would demand reform when so many of them are incompetent cronies who could not survive it.

The government could send a message to business by suspending all export assistance to Russia. If people want to continue trading with Russia they should do so at their own risk.  It could crack down not just against Russian but all dirty money laundered in Britain by using more 'unexplained wealth orders', introduced with great fanfare in 2016. So far the total number in force is a mighty two. It could put a freezing order on all known Russian oligarch assets in the UK to prevent them being repatriated to Putin.

The government should pass a short, sharp bill to provide that no company or other financial entity could own property or other assets, or enforce any contract in our country, unless its ultimate controllers or beneficiaries can be discovered from public sources. It could also take power to compel anyone acting as agent in the management of money, property or other assets to identify who is instructing them and on whose behalf. Severe criminal penalties for failure and lying would deter the business parasites on dirty money – Russian and otherwise.

Meanwhile we need not wait for business leaders to show a conscience or for the government to show some vigour. We can strike at Putin ourselves. As consumers, we can boycott Russian products. It will involve little hardship because Putin's rotten economy produces few finished goods we actually want to buy. We can withhold our savings from Russian companies or from British companies who invest in them. We can make a vocal nuisance of ourselves at shareholders meetings and ask directors to explain and justify continued links with Russia.

Football fans can stay at home for the World Cup. A visit to Putin's Russia would be no pleasure at the best of times. In any clash with Russian fans, notorious for drunkenness, homophobia, racism and violence, they would receive little protection from Putin's police. We could also boycott products or services which support the tournament.  And if the England team do go all the way, let's make sure that they do not take the Cup from the hands of Vladimir Putin.

Richard Heller is an author and journalist. He was formerly chief of staff to Denis Healey and Gerald Kaufman.