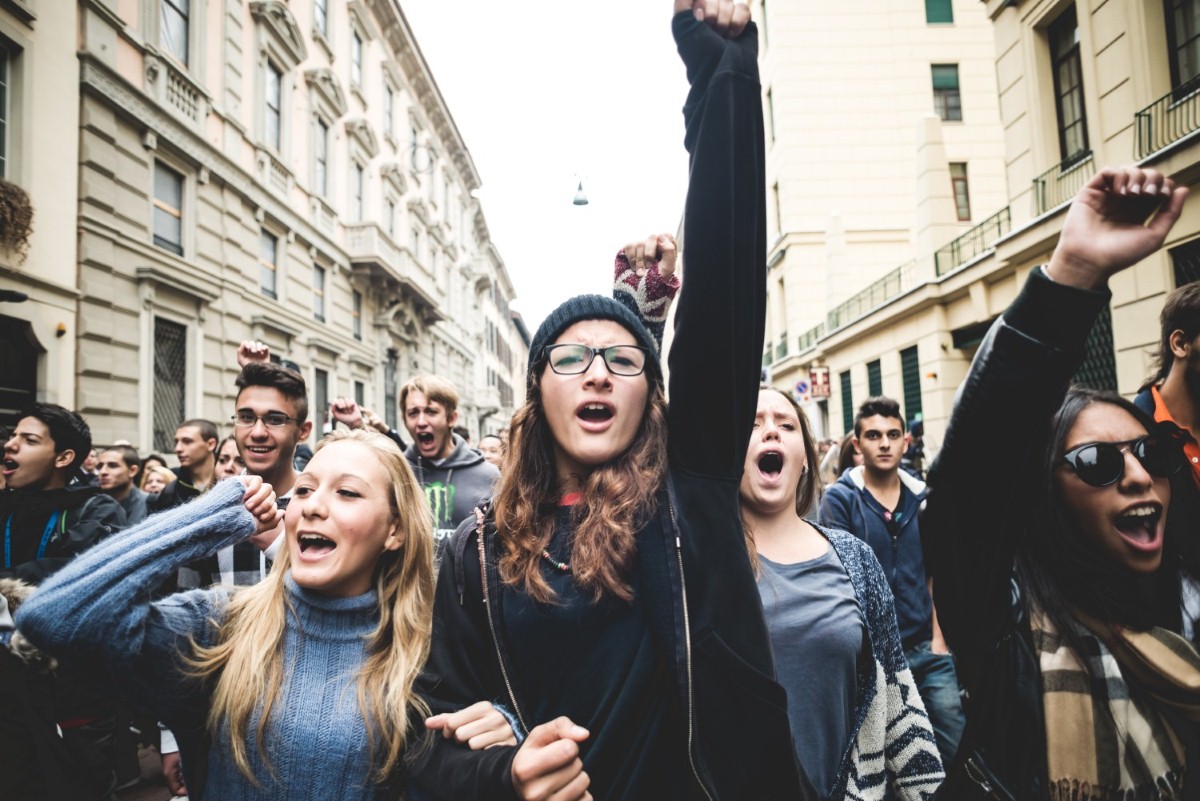 Human rights, in certain parts of the media and politics, have become dirty words. It's a term of abuse, something that is imposed upon us by outside forces. It's a claim that would surely have puzzled the many British lawyers and campaigners who laboured after the Second World War to get them incorporated into European and international structures.

But this week, at different ends of the country, in very different ways, the case for human rights was put very plainly and powerfully.

One was in the gilded chamber of the House of Lords, debating the European Union withdrawal bill. Lord Cashman rose to speak with passion:

"As a 67 year-old man, I have spent most of my life not having equality before the law or the equal protection of the law; that is, as a gay man. Most of my rights—the equality I now enjoy—have been achieved largely by dragging legislative changes forcefully from governments who did not want to give them to us or to many other misrepresented and defamed minorities."

This is not how business is normally conducted in the Lords, the Chamber being more inclined to the dry technical arguments of a commercial court, but this was a speech that truly grabbed at the heart. The Chamber, usually rustling with paper, sibilant with whispers, brushing with a constant coming and going of peers and audience, stilled.

Tory Lord Faulks, in response, acknowledged the moving nature of the speech, but without real rebuttal moved back to the government’s argument throughout the debate against the retention of the EU Charter of Fundamental Rights in British law. It was “difficult to interpret” rights, he said, and to have more of them made it more difficult. He was just trying to keep things simple.

It was left to human rights champion Baroness Kennedy to provide the real context, for anyone in the chamber who was in doubt: "Conservative party manifestos over a number of years have promised that the Human Rights Act would be removed. On many occasions, we have heard leading Conservatives say that we should remove ourselves from the European Convention on Human Rights, too. The absence of the Charter of Fundamental Rights from the bill suggests to many that this is part of a journey taking us out of any international arrangements dealing with the protection of human rights."

Green peer Jenny Jones, who'd invited me along, pointed out that the Equality and Human Rights Commission had concluded that failing to keep the charter will result in "a significant weakening of the current system of human rights protection in the UK".

At about the same time the peers were speaking, on a freezing street in a quiet residential part of Sheffield, a man was fleeing from the police, shortly to suffer an injury to his ankle that required a paramedic to be called.

That was because he'd climbed a tree in a private garden, with the permission of the landowner, then spent several very cold hours there. And as a result of that action alone, the police were seeking to, and subsequently did, arrest him.

It's a strange thing to do and could use some explaining. He’s known as a squirrel, and together with scores of other people on the streets of Sheffield that day, was seeking to prevent healthy, life-enhancing mature trees from being felled, for the benefit of the profits of multinational company Amey.

Through peaceful, legal protest, he was seeking to protect his community, while the local council, in collusion with South Yorkshire Police, was acting to thwart the will of the community for those trees to be saved.

For many months now there've been legal manoeuvres. The Labour council shockingly made novel use of the 1992 Trade Union and Labour Relations Act to get people arrested on private land for allegedly interfering with work. Those charges were subsequently dropped, as were those against two 70-year-old women arrested outside their homes during a 5am tree-felling raid on the now infamous Rustlings Road. In fact, all of last year's charges, including against Green councillor Alison Teal, elected on a platform of supporting residents to save the trees, have been dropped or dismissed.

But the arrests, the overbearing police presence, the aggression all too frequently seen against peaceful demonstrators, has deterred many. One quote sums it up: "I’m genuinely too scared to go to the protests now, especially with baby". People's right to protest without fear has been removed.

There is no good time to reduce human rights. They are the hard-won attestation of progress in our society for the individual and communities against the repressive power of the state and the overbearing boot of big business.

Those who would ignore the rights of the people are now using every legal instrument, every technicality they can find, to deny them – on the streets of Sheffield, on the as-yet unfracked fields of Lancashire and Yorkshire and beyond, in the corridors of the Home Office. The struggle to save Sheffield trees has been a continuous dance of legal tactic and counter-tactic.

So this is a particularly bad time to reduce human rights, however much they might "complicate" what you want to do with our society. Brexit should not be allowed to provide an opportunity for government to do so.

Natalie Bennett is the former leader of the Green party and candidate for Sheffield Central.