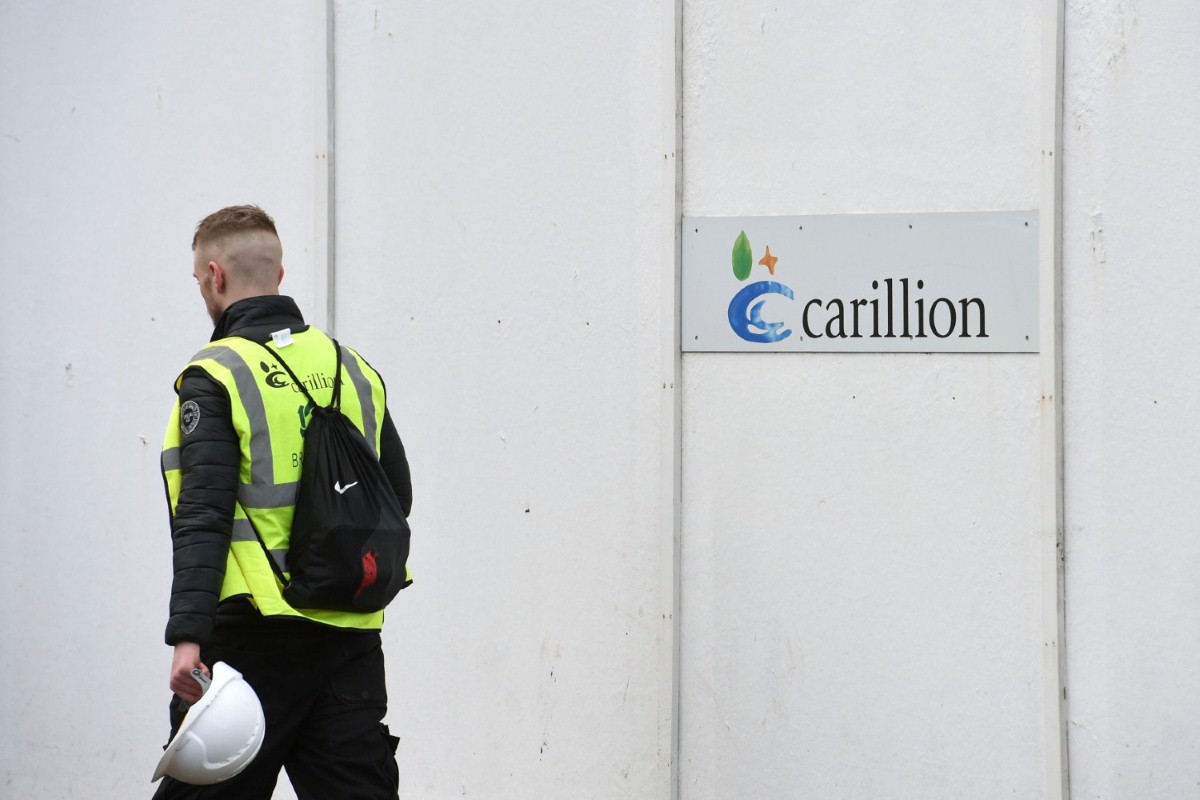 The questions May needs to answer on Carillion

Theresa May seems to have had a revelation over Christmas. The prime minister has announced that fat cat pay and boardroom mismanagement can no-longer be tolerated.

This might ring some distant bells. She has announced this type of thing before. But this time she really means it.

Her op-ed in the Observer comes at a prescient time. Only a week ago Carillion collapsed in one of the biggest UK corporate failures this millennium. Its demise raises serious question about corporate management at every level of government, from local authorities to the Cabinet Office. Most of the clues to how this was able to take place can be found by piecing together the small print from the company's annual statements and looking at the movements of civil servants who were supposed to be monitoring it in Whitehall. This lets us ask the questions May should be able to answer if she really means what she says about clearing up corporate Britain.

What did Carillion's top brass know and when did they know it?

Let’s start with corporate pay. Hidden within a section of Carillion's annual report in 2016 were minor changes to its 'malus and clawback' section. In the 2015 report, the company allows the remuneration committee to clawback bonuses in the event of "corporate failure". But in the 2016 report, that criteria has been removed. Instead, bonuses can only be clawed back in the case of gross misconduct or misstatement of accounts.

What could have made the bosses of Carillion feel the need to protect their own cash against the threat of corporate failure? After all, Carillion was a multi-billion pound business.

The financial section provides a tantalising insight into the possible precariousness of Carillion's balance sheet. It shows that short-term bank loans almost quadrupled from £16.7m in 2015 to £65.2m in 2016. And yet the same document announces that dividends to shareholders would increase.

If May is serious about her distain for corporate greed, she should be apoplectic with rage at what happened here and would provide suggestions for how to prevent it happening again where firms were bidding for public contracts.

Did Carillion believe it would get a government bailout?

By the summer of 2017 the problems at Carillion were hardly a secret. The initial profit warning on July 10th 2017 saw the share price tumble and hedge funds double down on their bets against the company's survival. But the firm continued to win a gradual drip-feed of contracts from government. Why?

At the time many industry commentators believed May's government would stick by the troubled contractor. After all, Carillion was still winning new government contracts. Many considered Carillion 'too big to fail'. Maybe Carillion also saw May as a potential savior. After all, this period saw them double-down on government business.

The company's trading update from September 29th announces a redesign of its revenue stream to specifically target government contracts. Under the 'future shape of the group', Carillion announces a plan to refocus away from markets like Middle East construction and towards a new £800m central government revenue stream. It was even due to appoint an managing director for central government who would report directly to the chief executive.

While the firm was refocusing its operations, the government had left a key position within the civil service vacant for months. Carillion was left without a Crown representative – a person responsible for managing relationships with key government suppliers and UK businesses – between August and November.

The government's own guidelines state that the Cabinet Office can designate a strategic supplier as "high risk" due to a number of factors, including a profit warning. It is supposed to be monitoring "publicly available sources for financial information relating to each strategic supplier" to find "particular information about 'trigger events' that could potentially lead to the invocation of financial distress measures".

Instead, it seems to have simply been handed more work. After its initial profit warning in July, the firm won two civil engineering packages for HS2 valued at £1.34bn, a number of contracts with the MoD's Defence Infrastructure Organisation (DIO) valued at £158m, and a place on the government's £8bn four-year schools framework.

Was Carillion addicted to PFI?

Of the four problem contracts in Carillion’s balance sheet, three were public sector projects. How much scrutiny were these PFI contracts being given before being awarded? Did cost trump quality in decision-making?

Two hospitals – the new Royal Liverpool University Hospital and the Midland Metropolitan Hospital (MMH) in Birmingham – are thought to be central to Carillion's collapse. Both suffered from various cost-overruns and delays which raise questions over the structure of their PFI contracts. Both involved a tendering process which saw Carillion under-bid its competitors.

This is a tactic which worked for the firm for years. But it’s possible it led it to continually look for the next PFI hit to help balance the books.

If Theresa May is serious about tackling corporate mismanagement, then nothing short of a full public inquiry into what happened at Carillion will suffice. She has made repeated speeches on the topic of inequality and business governance, but there has been precious little concrete policy change following from it. If we;re to take her at her word, we should expect specific answers to the questions Carillion raises.

Tim Clark is a freelance journalist who specialises in construction, architecture, housing and travel. Follow him on Twitter.