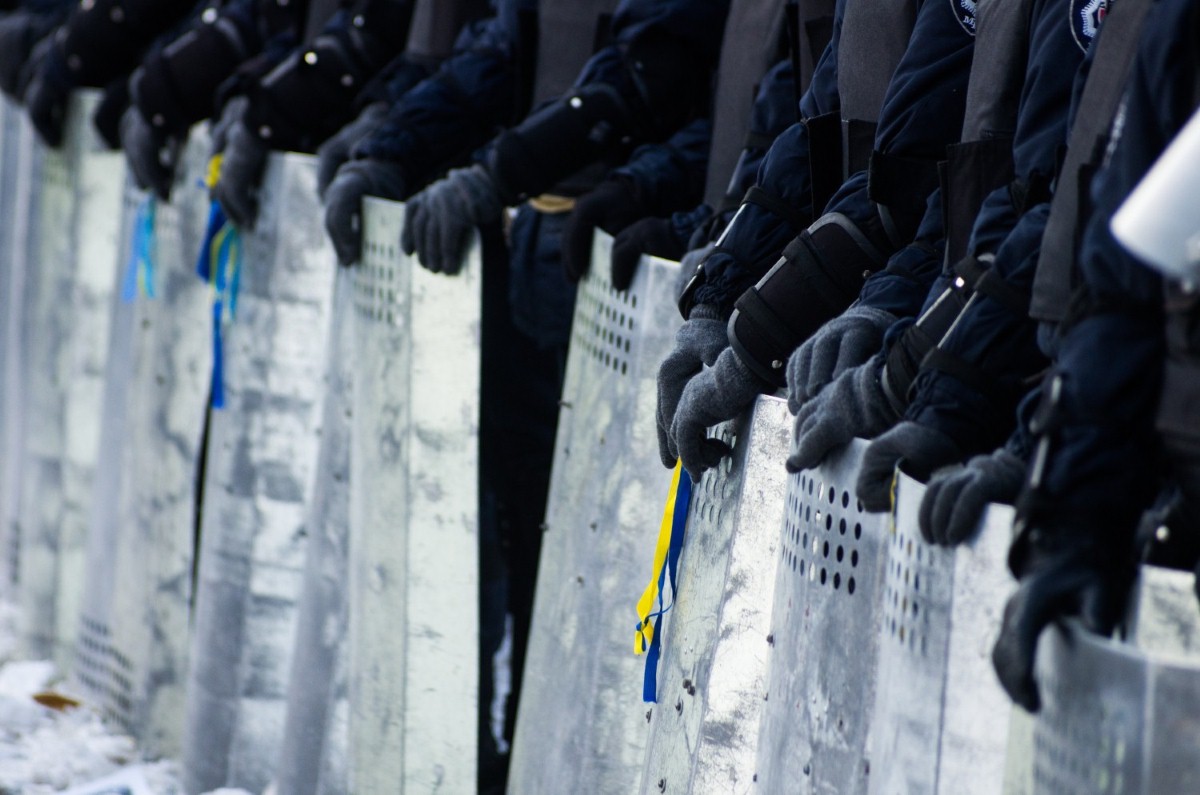 Kettling tea ladies: Hardline policing of fracking demos is out of control

Thom Yorke gave voice to frustrated environmentalists everywhere when he delivered the refrain: "We're not scaremongering, this is really happening." Almost twenty years later and Radiohead's Kid A climate anthem is more relevant than ever. The climate breakdown is underway, with more frequent and more intensely devastating weather events and whole Pacific Islands disappearing beneath rising sea levels.

We see the evidence everywhere. The concentration of CO2 in our atmosphere has surged to record levels and emissions are set to rise in 2017 for the first time in four years. Leaders are talking the talk on climate breakdown and carbon emissions but not walking the walk. Nowhere is that more obvious than at home in the UK.

At the UN climate talks last week, our government proclaimed Britain a world-leader in the fight against runaway climate change. Meanwhile, back in England, the same government is about to give the go-ahead for fracking – against the express will of the communities upon which it is being forced.

Fracking is a particularly dangerous and unconventional form of fossil fuel extraction that is so unpopular it has the backing of just 13% of the British public. In North Yorkshire and Lancashire, the two main fracking sites in England, decisive local opposition has been overruled at the government's behest.

So it is only reasonable that a coalition of climate activists and ignored local residents have taken to the streets to protest against the climate-destructive process. What is entirely unreasonable, however, is the heavy-handed, disproportionate and even violent response those protesters have faced from the police and security contractors.

Officers are increasingly employing aggressive and confrontational tactics in an attempt to neutralise the political impact of fracking protests, according to the latest report by the Network for Police Monitoring (Netpol), which was published today. The human rights group warns that cumulatively these tactics are having a "chilling effect" on the freedom to protest itself.

But I don't need to take Netpol's word for it. I have witnessed these tactics up close and personal – only last month. It was during my visit to Kirby Misperton, North Yorkshire to listen to protesters' concerns about the policing operation that I witnessed the shocking treatment of Jackie Brookes, the fracking site's 79-year-old 'tea lady'.

On arriving at the site, situated in a beautiful part of God's Own County, the first thing that struck me was the sheer scale of the policing operation. The number of boots on the ground was completely disproportionate to the criminal threat posed by a small group of peaceful local residents.

One of those residents was the very gentle and lovely Jackie Brookes who has decided to express her opposition to fracking in her community in the most Yorkshire way possible – by keeping campaigners, and officers, topped up with tea and cake.

However, on the day of my visit, officers had taken exception to the location of Jackie’s tea stall. She was told to move it further away from the entrance to the site. But before she had even received an answer to her question about the legal basis for asking her to move, Jackie's stall was stormed by at least 15 – by my count – officers who proceeded to kettle the 79-year-old — to a chorus of 'shame on you' from fellow residents.

The police response was a frightening overreaction. It amounted to little more than the bullying and intimidation of visibly shaken grandmother whose only crime was being a 'radical' in charge of a teacake.

In the end, though, the bullying and intimidation worked. Jackie – the dangerous teapot terrorist – was herself terrorised into moving away from her stall before the police moved in to dismantle it. The operation was shocking.

Taxpayers are forking out almost £250,000 a month so that North Yorkshire Police can maintain such an unnecessarily heavy presence on site. Not only is it not a good use of taxpayer money to deploy over a dozen officers to bully a grandmother into submission, but it isn't good policing either.

Sadly, as the Netpol report makes clear, Jackie's treatment at the hands of North Yorkshire Police is just one example among many.

UK police forces work on the fundamental principle of consent, but local residents are being forced to question whether officers are working to protect them or just the interests of the oil and gas industry.

Keith Taylor is the green MEP for the South East region.