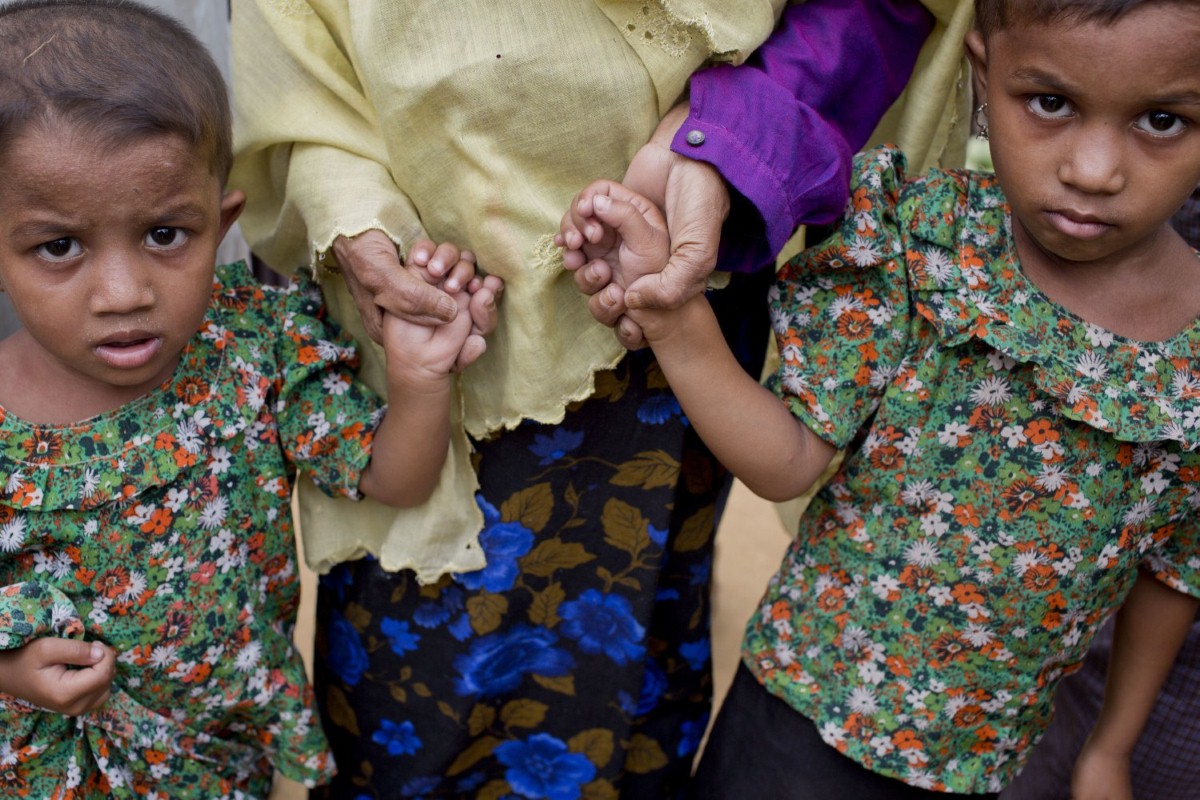 Two months after the United Nations and human rights groups found widespread atrocities against Burma's Rohingya population to be ethnic cleansing, Theresa May finally reached the same conclusion this week, and denounced "the inhumane violence being used in Rakhine State". The prime minister's belated acknowledgment of what is unfolding in Burma, and her rare foray into foreign policy, is not matched by new British proposals to address the crisis.

Since late August, Burmese security forces have conducted extraordinarily brutal "clearance operations" against the Rohingya Muslims. While attacks by Rohingya militants on 30 government outposts triggered the Burmese response, the military operation was focused on the broader population. In just a few weeks, more than 600,000 Rohingya fled Burma to neighbouring Bangladesh to escape the terror unleashed on them, including killings, rape, and mass arson.

The Rohingya are an ethnic and religious minority who live predominantly in northern Rakhine State in western Burma. They are effectively denied citizenship under Burmese law and have faced decades of repression, discrimination, violence and displacement. In 2015 I met many Rohingya in a camp for the internally displaced just outside Sittwe, the capital of Rakhine State. They were living in appalling conditions, and it was clear then that this was a tinder box just waiting for a match. The latest crisis is a full-blown conflagration, deliberately set alight by the Burmese military.

Human Rights Watch staff have been on the ground from the beginning of this crisis, gathering testimony from Rohingya who have reached relative safety in Bangladesh. We have also analysed satellite imagery to corroborate the findings from our interviews. The story we have pieced together is horrific.

Vast numbers of Rohingya homes have been torched. We estimate that 330 villages have been either partially or totally destroyed by fire, with tens of thousands of individual structures, most of them homes, devastated. There have also been large-scale killings. It is likely that hundreds, if not thousands, of Rohingya have been killed – men, women, children and even babies shot, beaten to death or burned inside their homes. Human Rights Watch documented a particularly gruesome attack on August 30th in the village of Tula Toli in Maungdaw Township, where the Burmese military separated the men from the women and children and then proceeded to kill, what witnesses say were hundreds of people. Survivors of the massacre described how Burmese soldiers and ethnic Rakhine villagers dug pits in the ground, dumped the bodies in them, and then set them alight.

As I argued before the international development select committee this week, the crimes committed by Burma's security forces warrant a much stronger and more concerted international response than we have seen to date, including from the UK government. The UK has been active on Burma at the UN Security Council, and has contributed significantly to the massive aid operation in Bangladesh. However, its overall policy remains inappropriately deferential towards the views and perspectives of Aung San Suu Kyi, who has been dismissive of the abuses against the Rohingya.

A different approach is needed, one which raises the cost of ongoing repression and attacks on the Rohingya. May's government should be pressing for targeted sanctions on Burmese military leaders and key military-owned enterprises, including travel bans and restrictions on access to financial institutions, and for a comprehensive military embargo on Burma.

The British government should also pressure the Burmese authorities to cooperate with the UN fact-finding mission, established by the UN Human Rights Council earlier this year. Britain should call for the Security Council to refer Burma to the International Criminal Court. While Chinese and Russian opposition to such a move can be expected, it would send a powerful signal that the British government is committed to seeing those who have committed grave crimes held to account.

It is premature to discuss the repatriation of refugees as many Rohingya are still fleeing Burma, but May's government should be clear that any eventual repatriation of Rohingya be done in a manner that respects their rights and dignity. Without this, there is zero prospect of a long-term solution to this crisis.

We and many others have described the actions of the Burmese government as not just ethnic cleansing, but crimes against humanity. Having finally recognised the enormity of the crisis in Burma, Theresa May's government needs to take more decisive, concrete action to curb the repression of Burma's military and address the suffering and statelessness of the Rohingya.