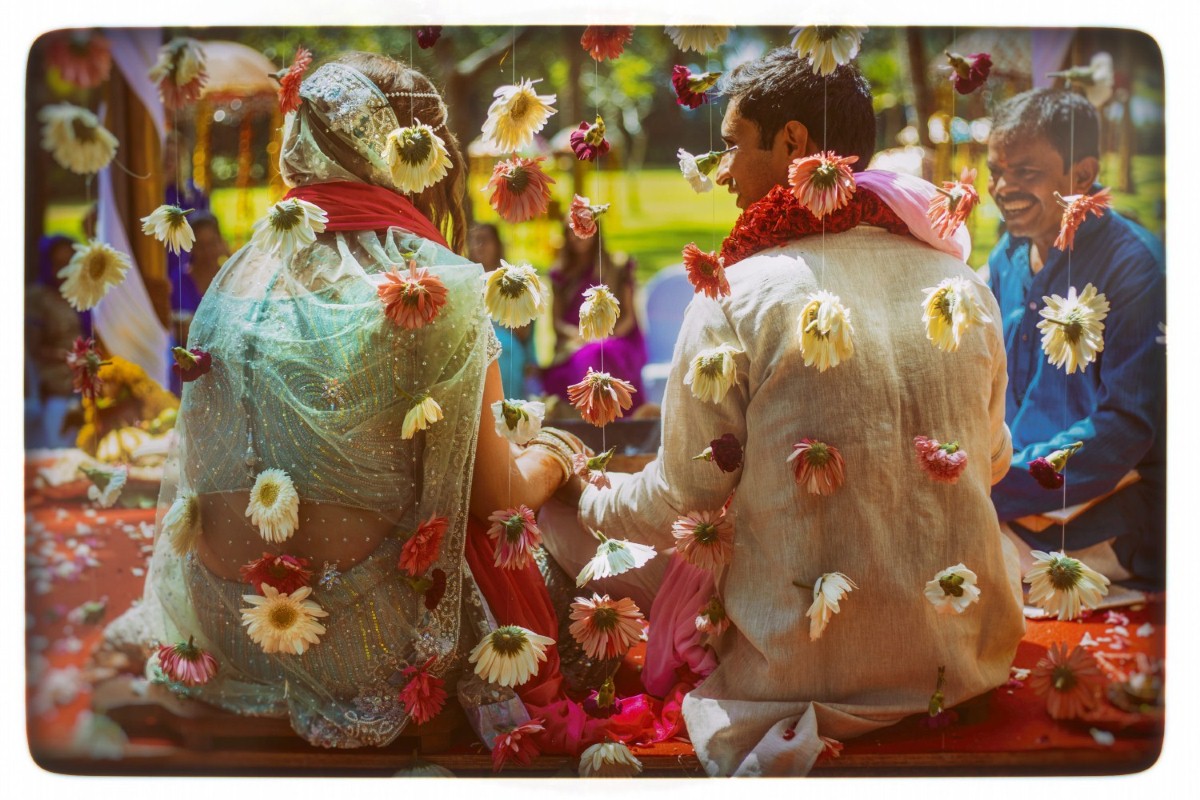 Trapped in an immigration nightmare: How a single Home Office error threw a couple’s life into chaos

Somewhere out there is the immigration officer who made the decision. As a result of what they did, my husband and I were locked in a legal ordeal for seven months, separated for four, lived in rural Sweden for three, and spent over £10,000. What we went through provides an instructive lesson in the failures and mean-spiritedness of the Home Office.

My husband, who is from India, is a fashion photographer. He shoots for the likes of Vogue and Harper’s Bazaar and sells his artwork through Saatchi. In May, one of his photographs was featured at the prestigious Getty Image Gallery in London, but he was unable to attend the exhibition, as he was not yet welcome back into the United Kingdom, a country he had called home for eight years.

Vikram is not what most anti-immigration proponents think of when they complain about migrants. He is self-employed. He pays his taxes. He occasionally wins celebrated awards. His faults are that he is brown-skinned, he has a non-English name and he was born in another country.

In 2012, when she was home secretary, Theresa May enacted strict spousal visa rules. These requirements, which remain in force today, state that sponsoring spouses must earn a minimum taxable income of £18,600 per annum or have £62,500 in savings. The income of the foreign spouse cannot be included. If the couple has children, the threshold increases dramatically. If the sponsoring spouse is self-employed, as I am, the sponsor cannot include their savings to offset the threshold. The only glimmer of pragmatism, if you can call it that, is that if you are a homeowner the Home Office gives you the option of liquidating your assets to meet the requirements. So, in effect, we could have sold our Oxfordshire home to meet the savings requirement, but then we would not have had a place to live. Which, incidentally, is another requirement of the rules.

Currently, 40% of the country does not meet the spousal visa requirements. The rules are particularly disadvantageous for women, mothers and those living outside of the south-east, where incomes are notably higher. It is estimated that over 4,000 British children are currently separated from one of their parents due to these rules.

May continues to laud these rules as one of her greatest achievements, and yet, in practice, they shatter families, destroy incomes and are illogical on their own terms. Incoming spouses anyway cannot claim any benefits within the United Kingdom, regardless of these requirements. Upon application for the visa, the applicant pays a £600 NHS surcharge. The income requirements are completely unnecessary given the restrictions already placed on the visa.

For eight years, my husband strengthened the British economy by paying full overseas tuition for a post-graduate diploma and his Masters of Fine Arts degree. Then he started his own business. He has paid tax and contributed. I've also been a shining example of Conservative austerity, creating my own income and thriving without government help. But by being self-employed, I was penalised under the spousal visa system.

In a globalised era, it has never been easier to fall in love with someone of another nationality. And yet it has never been harder to maintain those relationships in an increasingly intolerant political landscape.

In December 2016, my husband and I paid £2,500 to the Home Office for an expedited visa, knowing that we met all the immigration requirements. We’d hired a law firm in London to prepare the application because the rules are very complex and the documentation required for a self-employed sponsor is by no means straightforward. We began preparing the application in June 2016 and spent an additional £2,500 on legal and accountancy fees. What happened next remains bizarre and incoherent to us, even to this day.

Our solicitor received an email from the New Delhi branch of UK Visas and Immigration (UKVI) asking for my 2015/2016 UK lodger contracts. These contracts were not supplied with the original application, as you can't claim lodging income to meet the threshold. Our solicitor dutifully complied, but also noted that we were not relying on these contracts to meet the requirement.

The following day, our solicitor received an email demanding that the contracts be sent or the visa would be rejected. This email from UKVI was in the same thread to which the contracts were already attached. Again, our solicitor replied, attaching the documents a second time. The next day, my husband’s visa was denied. It was madness.

Panic immediately set in and I phoned my local MP, a Conservative, and left a distraught message on his voicemail. I was surprised when he emailed me the following morning (a Saturday) indicating that he would do his best to help. Our solicitor assured us that as the error was so ludicrous, the situation would be rectified quickly, especially now we had our MP helping us. Nail-biting weeks passed. The chances of us being able to spend Christmas together seemed to dwindle to nothing, until my step-father kindly stepped in and bought me a ticket to India. I quickly arranged for someone to look after the pets and flew out.

We repeatedly complained to the Home Office. Not a single one was answered, despite a claim on its website that it responds to all complaints within 30 days. Our MP eventually declared that he was out of options for helping us and our only recourse was to submit an appeal—an appeal that could take anywhere from four to 18 months.

I left India devastated. My husband and I had to hastily form a plan should the appeal drag out for a year and half. We refused to be separated for so long. The anxiety we felt was crippling.

On a whim, we decided to temporarily move to Sweden, where there is a high percentage of English speakers and an economy that would welcome us should we need to stay long-term. Under EU laws, I was able to move to Sweden, declare residence and bring my husband into the country freely—without even an entry visa charge. Now, under Brexit, Brits who fall in love with foreign nationals will have little recourse but to move to their loved one's home country should they not meet the requirements. And even that assumes that their loved one's home country isn’t as strict as the UK. Thousands of Brits have moved into Europe over the last five years to be with partners after finding themselves unwelcome in the UK due to this law. It's a sad reality that the EU shows more compassion to our families than our own government.

In the end, we got lucky. After seven months, the Sheffield branch of UKVI overturned the original visa refusal. As we were in Sweden, we asked repeatedly if my husband's passport could be couriered for visa issuance. UKVI remained unresponsive until they declared that Vikram must also submit an unnecessary tuberculosis test with his passport. Under the immigration rules, Vikram was not required to submit a TB test as he had not spent more than six months in India at any point in the last eight years. But it didn't matter. The rules only ever seem to matter one-way. The system was equal parts insistent and incompetent.

Unable to obtain a British-approved TB test in Europe, Vikram had to fly back to India and submit his passport with the irrelevant TB certificate. We were told that the visa issuance would take four to ten business days. Predictably, we ended up waiting for four weeks and had to again ask for our MP’s intervention.

When my husband finally landed at Heathrow, an airport we have both travelled through hundreds of times, it was unlike any other arrival. We were overcome with relief, but also with a sense of sadness for all the time and money we'd lost, and a feeling of gratitude for fact that we are in a fortunate minority who can afford to both be British and fall in love internationally.

That one immigration officer and their small, pointless mistake cost us thousands of pounds, months apart, and untold emotional anguish. This happens every day, to countless people lost in the British immigration system. It's happening to someone out there now. And it'll keep happening until there is political pressure to change it.