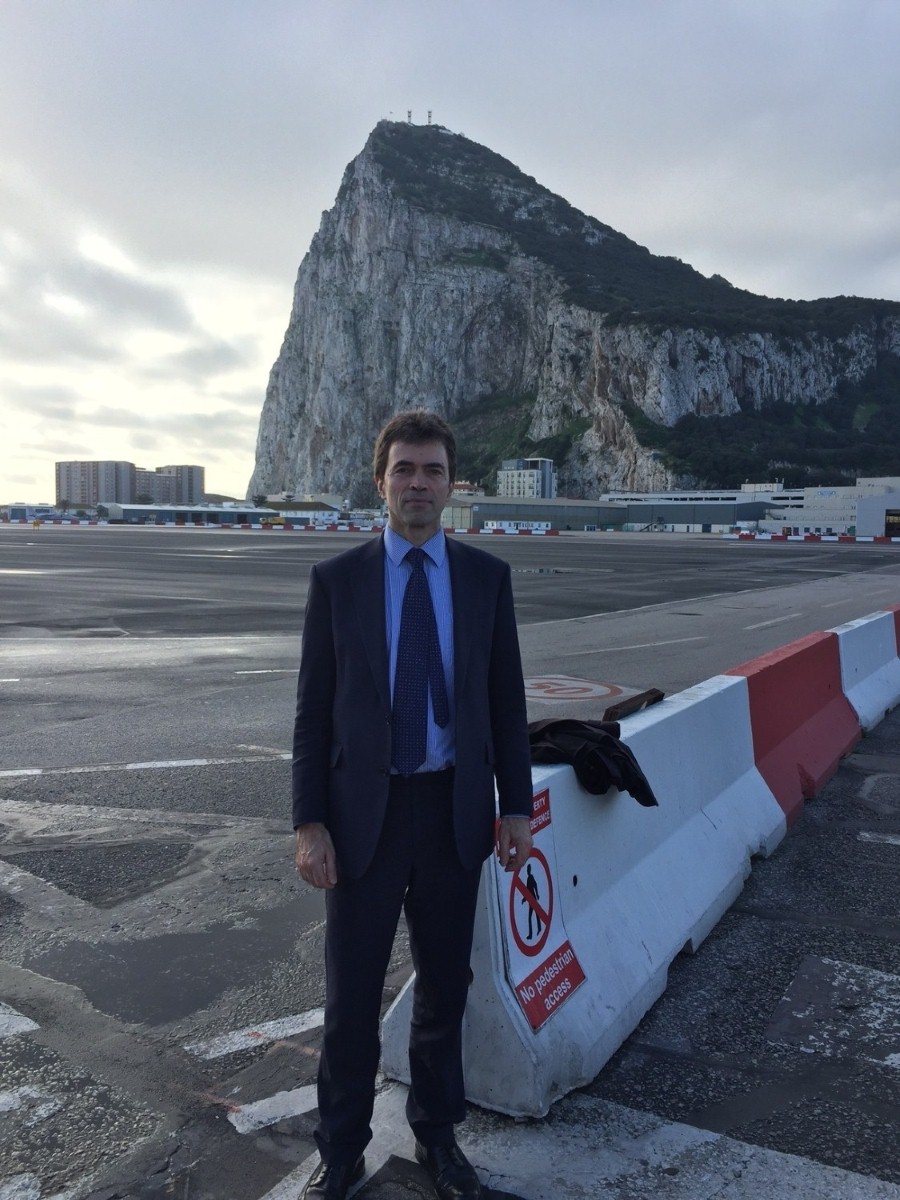 A large grey cloud is clinging to the Rock as I sit in the departure lounge at Gibraltar airport. It seems fitting. During my two day fact-finding trip, funded by the Gibraltar government, I have been impressed by the warmth, the can-do attitude and the resilience of the people who live here.

For a country which voted 96% for Remain, that resilience is going to be tested. Gibraltar is embarking on a Brexit challenge which Gibraltarians saw, virtually without exception, as damaging to their futures.

To see why the risks are so great, all you need to do is look out of the airport terminal windows over the border crossing into Spain and the town of La Linea.  This airport terminal is only partially completed after Spain U-turned on plans to enable passengers to disembark directly into Gibraltar or Spain.

Gibraltar is extremely vulnerable to Spanish interference.  Rigorous checking of pedestrians, motorists and other vehicles at the frontier could slow the flow of people into Gibraltar to a trickle.  The disruptive effect that any administrative work-to-rule at the border would have is made clear by the sheer volume of pedestrians I crossed with when making a brief foray into Spain and back again.

The local economy depends on the skills and labour of 12,000 frontier workers, who stream across the border every day on foot, bike, moped, bus and car. Restricting their passage could cripple Gibraltar's businesses, as well as damage the livelihoods of thousands of commuting Spaniards who reside in Andalusia, a Spanish region with an appalling level of unemployment.

Gibraltar's supporters in parliament, including those who campaigned for Brexit and who, contrary to all the evidence, claimed it was a juicy opportunity for the Rock, have a duty to exert all pressure possible on the UK government. As Dr Joseph Garcia, the deputy chief minister and leader of the Liberal party in Gibraltar, said, post-Brexit Gibraltar must have "a certain fluidity at the border particularly for workers, tourists and residents".

The Liberal Democrats will work with any and every party in the UK parliament to make Gibraltar's voice heard and deliver this objective. No one in Gibraltar wants to revisit the bad old days under Franco, when the border was simply locked shut with catastrophic consequences.

The threat to the border isn't the only cloud swirling round the Rock.

Gibraltar has a thriving online gaming industry, which employs 3,000 people. Will departure from the EU destabilise this industry as a result of the requirement to locate servers (currently hosted by companies in Gibraltar) in an EEA country?

Gibraltar is a strong supporter of EU environmental legislation and, in all likelihood, will incorporate new EU environmental laws into Gibraltar law after Brexit. But, as with the border, Gibraltar is heavily dependent on Spain's attitude towards its much smaller neighbour.  Will Spain now simply abandon the requirement to stop sewage seeping onto one of Gibraltar's beaches?  How will the EU resolve the dispute between Spain and Gibraltar over overlapping marine zones?  Does Brexit make it less likely that the UK will move quickly to enable the seas around Gibraltar to come under the Barcelona convention, as Gibraltar wishes?

The final challenge will be for Gibraltar to stay on top of the detail of the four thousand existing Gibraltar-relevant EU regulations as well as future ones, only some of which need to be incorporated into Gibraltar’s domestic law.

My trip to Gibraltar has reinforced the simple truth that, behind the short snappy slogans of the Brexiteers -'take back control' and 'restore sovereignty' – the layers of complexity and cost associated with leaving the EU are multiplying, even for a micro-state like Gibraltar, let alone the UK.  In both countries they divert attention and resources away from fundamental and, I would argue, much more critical issues like health, transport, air quality and housing. And they will continue to do so for at least the next five years.

Winston Churchill's prediction that Spain will take back control of Gibraltar when all the barbary apes have left doesn't seem like it's about to happen. But the Brexit vote has made Gibraltar, a nation proud of its British heritage, much more vulnerable. It's another unintended, unplanned and disastrous consequence of the vote eight months ago.

Tom Brake is the MP for Carshalton and Wallington and foreign affairs spokesman for the Liberal Democrats.