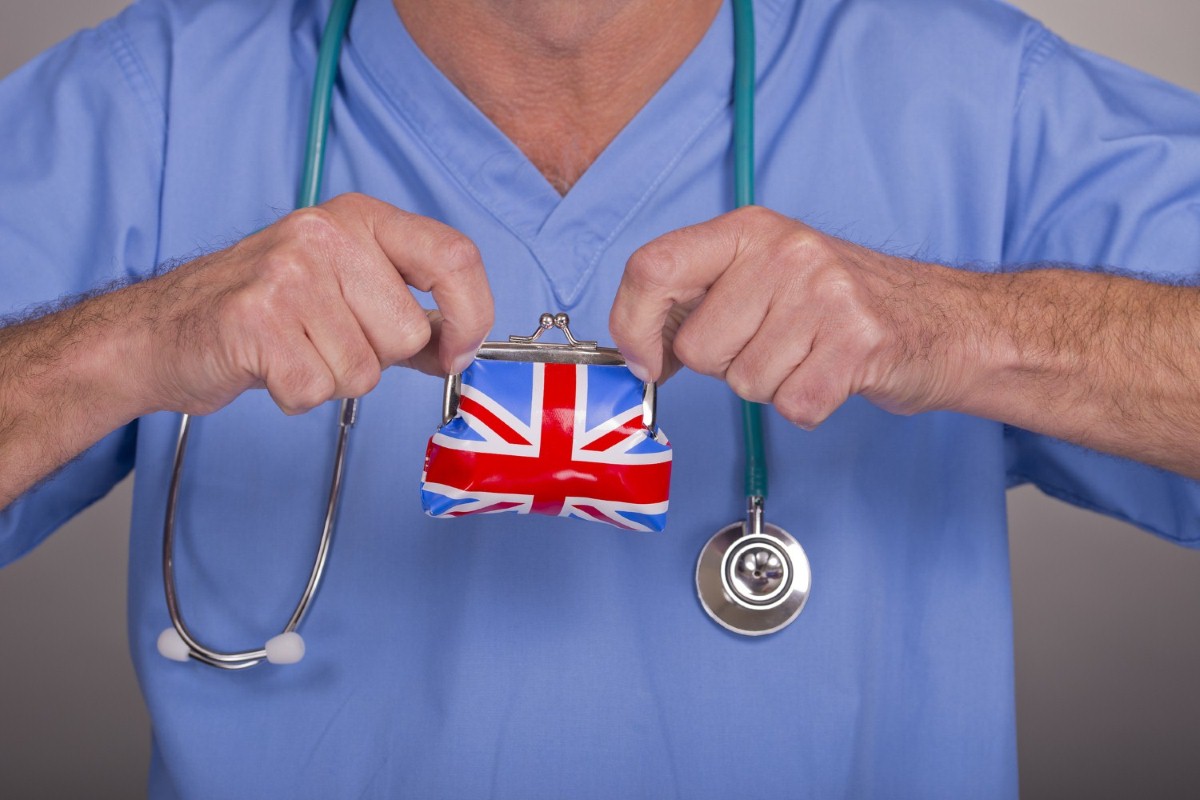 Before we had alternative fascists with alternative facts, politics was a reliable matter of unreliable people with unworkable ideas. What helped us stay sane during these repetitive permashambles was the assumption – correct or otherwise – that even though the policy was nonsense, it was at least trying to solve a problem that was real.
Even Blair's Iraq disaster, still the capo dei capi of government calamities, had the stated objective of removing a monster from power.

But now nobody even pretends to know how to address the problems we face – an imbalanced economy, low productivity, a broken welfare system, austerity, inequality, our relations with the world. So instead we just make problems up. That way we can create real problems by trying and failing to solve the fake ones.

This brings us neatly to charging foreign patients for healthcare. Let's start with some numbers. The government wants the NHS in England to recoup £500 million a year of treatment costs from overseas patients – those not resident in Britain – by 2017/18. In 2015/16, the NHS managed to recover around £85 million of this, meaning it's currently running £415 million short.

Except next year NHS England will spend £108 billion. Don't reach for the calculator – the figure you're after is 0.38%. That's how much of NHS spending should be charged to overseas patients, but won't be. Zero point three eight percent. One 260th of the total.

The moral rights and wrongs of charging overseas patients are hotly debated. The power to do so has existed since Nye Bevan's day, though the man himself felt that actually doing so was the thin end of the wedge which would drive apart the free NHS. In reality, the power to charge foreign patients went mostly unused for decades. Even now, amid hysterical press coverage, emergency cases, infectious diseases, and maternities are all protected from charging, no matter where you came from or why.

But the deliverability of all this charging is a bit of a mess. Under the government's three-year cost recovery programme, designed to recoup more costs from overseas patients, charges are imposed once treatment is complete – an invoice goes out and the patient must pay afterwards. Except by then the patient is often back in their home country  so it's not easy to send the bailiffs round if the money doesn't come in. As a result, unpaid debts have become a chunk of the "recouped" money.

The research firm Ipsos-MORI has been conducting a study for the government into the impact of its efforts. Published last week with far less fanfare than the policy announcements which flowed from it, Ipsos-MORI's report found that even though more invoices for overseas patients were being sent out, the money wasn't always being paid. In fact, a third of the hospital trusts they surveyed said that under 30% of the money they'd invoiced had actually been fully paid – the rest was sitting as unpaid debt. That noise you hear is the sound of a policy faltering.

This is British politics, so the only way to rescue a bad bet is by doubling down on it. Accordingly, the report said the solution was to introduce upfront charging – replace those unpaid invoices with a card reader by the hospital bed.

The report found that while the NHS was doing better at identifying overseas patients who should be charged for their care, "significant progress must be made to move towards a culture of upfront charging if this is to translate into increased income for the NHS".

The word "culture" is key and appears again and again in the report. There's apparently a need for a wholesale culture change among frontline clinicians and NHS staff to make up that crucial 0.38% of the budget supposedly causing the NHS crisis. A culture change towards demanding patients pay if they want to be treated.

The researchers surveyed NHS staff in different roles to find out their attitudes towards charging overseas patients. They found that while most doctors did believe it was fair that overseas visitors were charged for their care, they also found these numbers declined over time. In other words, the more the NHS engaged in charging these patients, the less doctors agreed with it.

Before the start of the cost recovery programme – via invoices, remember, not upfront card readers – 22% of hospital doctors told the researchers that they believed overseas visitors and migrants should have the same access to free healthcare as UK residents. Now that charging is actually going on, that figure has risen to 28%.

How the question is phrased matters, but however it is phrased, the trend is the same – more doctors disagree with charging after they start doing more of it.

Imagine the effect of then sticking card readers by hospital beds, with an instruction to doctors to refuse treatment if the patient cannot or will not pay in full upfront. If that minority of doctors who disagree with the rules insist on treating patients regardless, will they be sanctioned? What effect will that have on their colleagues' attitudes to the new charging regime?

"Doctors chose to practice medicine neither to raise taxes nor to police Britain’s borders. We have one duty, which is to act in our patients’ best interests, irrespective of country of birth."

Even at senior management level, enthusiasm is thin. The Ipsos-MORI report referred to "continued issues with senior level support for the cost recovery programme". Rising patient debts have done little to enamour hospital trust chairs and board members to the charging agenda.

In fact, the report – and the government response to it – is an exercise in cognitive dissonance.  Upfront charging is described by the Ipsos-MORI report as "central to the future success of cost recovery", even though it admits elsewhere that hospitals have difficulty estimating treatment costs at the outset as some treatments are open ended.

The report said that most hospital trusts "have yet to take the steps required to support upfront charging", which "requires further cultural, behavioural and procedural change that are not yet evident" – and yet the government will impose upfront charging from April by law. It admits the "cultural and behaviour change" among doctors to enable upfront charging is likely to be harder to achieve, given that treatment must be refused unless payment has been agreed.  Nevertheless, the report's authors insist that "cooperation from clinicians" is crucial to ensure payment can be agreed before treatment starts. Time after time, the left hand is ignoring what the right hand is telling it.

But look on the bright side – at least the government isn't extending patient charging to emergency care. Right?

Yes, you read that right. Yes, that's from the government – page 12 here, if you want to inflict it on yourself. We can only wait with bated breath to hear the "proportionate" manner in which the government will force overseas patients to pay for treatment in A&E and ambulances.

Even aside from the obvious moral and medical objections – raised by many in response to the government consultation – extending charging to emergency care, ambulance journeys and all the rest of it simply extends the problems that have already arisen in the cost recovery programme. Invoicing leads to unpaid debts, while upfront charging leads to denied treatment and objections from doctors.

The government will decide whether to impose charges in these additional areas later this year. Apparently such nonsense requires further consideration.

Right now, they do not. The rise in polarised extremism – not "populism" – is driven partly by inequality, the financial crisis and out of touch elites. But it is also driven by a complete breakdown of any sense of proportion in a country drunk on righteous anger and confirmation bias.

It is not that overseas visitors should necessarily get free healthcare – you can argue that morally either way. But what is unarguable is that a crusade to recoup one 260th of annual NHS spending is now completely out of control. It dominates certain newspapers' frothing coverage of the entire NHS. It drives government reports, consultations, and unprecedented rule changes. It demands doctors cast aside their medical ethics to engage in rigorous "culture change". It brings fulminating responses from the British public. Who cares if it's one 260th of the NHS budget? It's the principle, and it makes us mad!

But it doesn't make us mad. It just reflects our madness. The id is king. We're all crazy now.