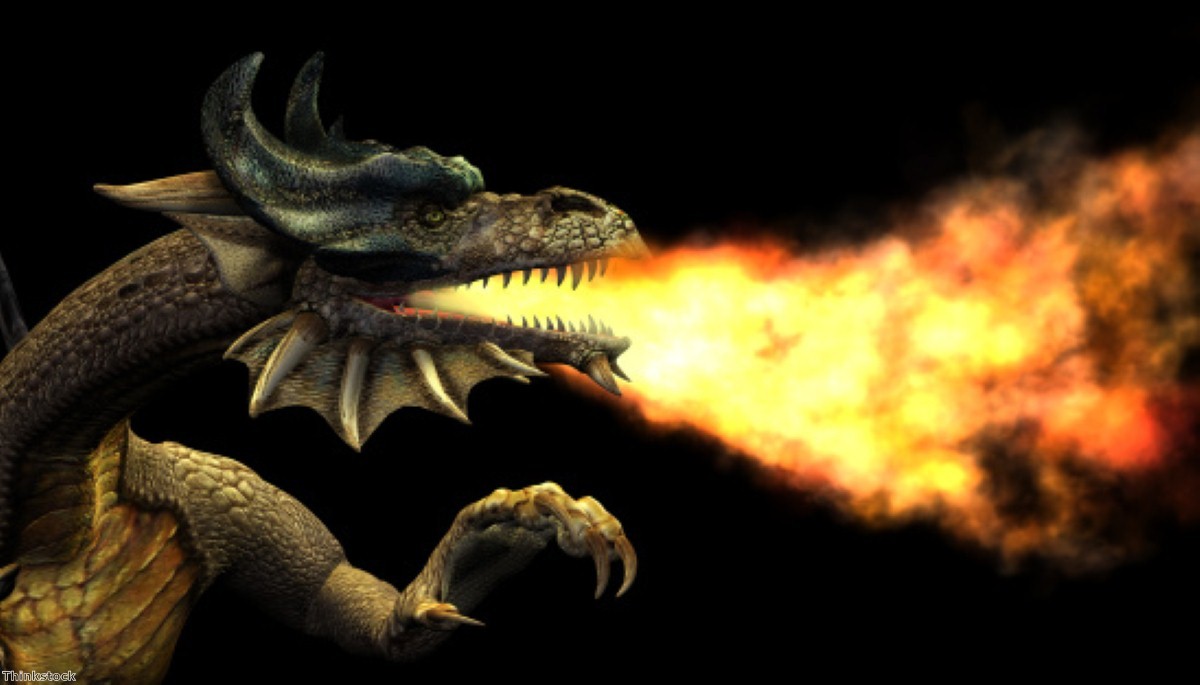 The fight in Wales: Plaid can’t match the SNP’s strength – but it can help lock out Cameron

At last October's Welsh Nationalist Party conference in Llangollen, a sleepy town near the English border, all the talk was about the democratic marvel which had just unfolded in Scotland.

The membership of Plaid Cymru noted with much excitement that despite losing the recent Scottish independence referendum, the SNP had experienced an unforeseen surge in membership. Nationalists in Scotland, it seemed, had lost the referendum but won the aftermath. Nationalism appeared undamaged – indeed new powers were promised for the Scottish parliament and the SNP appeared poised to fight a robust campaign in the forthcoming Westminster election. They now look set to take the majority of the Labour party's seats and become the third largest contingent in the Commons.

The SNP's triumph in turning defeat into political success has spurred on Plaid Cymru, whose goals also concern gaining more powers from Westminster and ultimately independence. But Wales is not Scotland and 2015 will not see Plaid Cymru break free of its minor party status. Support for independence in Wales has never been as strong as it has been in Scotland. At the last count only six per cent of the three million Welsh want to separate from the rest of the UK. Just 14% of Welsh speakers, who might be expected to be more fervently nationalist, back independence. There was only lukewarm support for a Welsh Assembly (50.3% voted for it in a referendum) when it was proposed as part of a pan-UK devolution settlement by the Labour government in 1997. In Scotland the clamour for a Scottish parliament was far more apparent, with 75% voting for it.

This apparent lack of enthusiasm for Welsh nationalism can be partly explained by history; Wales was joined to England 200 years before Scotland and cultural assimilation is far more obvious. Geography and politics is also important. Wales still depends heavily on England. The two share policing and judicial systems, and 80,000 Welsh residents commute across the border to work each day. Wales, as a poorer member of the UK family of nations, looks to Westminster for much of its cash.

Welsh nationalism also relies on cultural aspects, such as boosting the Welsh language, that the SNP left behind as it sought to turn itself into a credible opposition to Westminster parties. This tends to alienate the majority population of English speaking Welsh people. Furthermore, efforts by successive London governments in recent decades to make aspects of Welsh culture more mainstream have left Welsh speakers feeling less need to turn to a Wales-only party to protect their heritage. Westminster actively promotes the use of the Welsh language (after years of being supressed by the state it is now an official UK language) and government supports the provision of a Welsh language TV station. The UK parties have also made efforts to give their Welsh branches a local identity, including by embracing bilingualism on their campaign literature and promoting Welsh speakers to their front benches.

In 2005 Plaid Cyrmu won 11% of Welsh votes and took three parliamentary seats. The latest polls put them on a similar figure and they could even lose one or two MPs. Labour is the dominant force in Wales and has been for decades as it tapped on the loyal support of workers in coal mining towns and areas of heavy industry. It is currently polling on 40%. But even so there is cause for concern for Ed Miliband. For Labour to become the largest party after May 7th it requires a net swing nationally of roughly 25 seats from the Conservatives (who have eight seats in Wales, and, with polling at 25% locally, look set to keep them).

This would mean making serious gains in Wales, especially if they're to make up for predicted heavy losses to the SNP in Scotland. But the polling suggests that Labour's seat numbers will stay pretty much static. Labour appears tarnished by its time running the Welsh administration, where its management of the Welsh health service in particular has been roundly criticised. This lack of trust is further confounded by Miliband's personal unpopularity in Wales and the lack of charisma of local Labour leader Carwyn Jones.

Labour is also threatened by a relatively new political outfit. Large parts of Wales suffered from deindustrialisation in the 1970s and 80s. The mines and traditional industry once central to the Welsh economy have now largely disappeared. The towns which relied on them are now full of older, discontented baby boomers. They are ideal targets for Ukip. In last year's European elections, Ukip won 28% of the vote in Wales – just behind Labour. It currently polls at 14%, above Plaid Cymru, and while it's not set to win any parliamentary seats this time around, it could cream off a proportion of Labour votes, as well as woo some nationalist supporters. It is on course to pick up a handful of seats in next year's Welsh Assembly elections.

Even if Plaid Cymru only returns to London next month with a few hard-fought seats, its MPs will still be closely watched by Labour and the Tories. That's because the party has already committed to working with the SNP and any Green party MPs (probably just the one) which it finds in Westminster. SNP and Plaid Cymru top brass are said to speak to one another often, and Nicola Sturgeon, the SNP leader, has urged Welsh voters to plump for Plaid. Leanne Wood, the soft spoken but tough leader of Plaid Cymru is now well known elsewhere in the UK after her inclusion in the recent televised party leaders' debates. To some she has become a national hero after swatting down Ukip leader Nigel Farage during them. As part of a 'nationalist bloc' in Westminster, Wood knows that her party could get much more for Wales than it has been previously able to as a tiny, lone voice.

The Conservatives, who fear Labour will make an arrangement with the SNP to lock David Cameron out of Downing Street, will be concerned to see that Plaid might further bolster the nationalist ranks at Westminster.

John Perrygrove is a political analyst focusing on the politics of Westminster and the UK's devolved administrations. He also advises on parliamentary business and procedure. He was previously a UK civil servant who specialised in foreign affairs, defence and national security policy. He has served as a private secretary to ministers in both the coalition government and the previous Labour administration.

Lack of safe housing puts trafficking victims at risk Over 100 organisations come together to protect human rights and access to law MDU says some virtual MPTS regulatory hearings may be here to stay Life #20 – 300 children! Comment: How Salmond won the referendum Is Westminster lying about giving Scots more power?