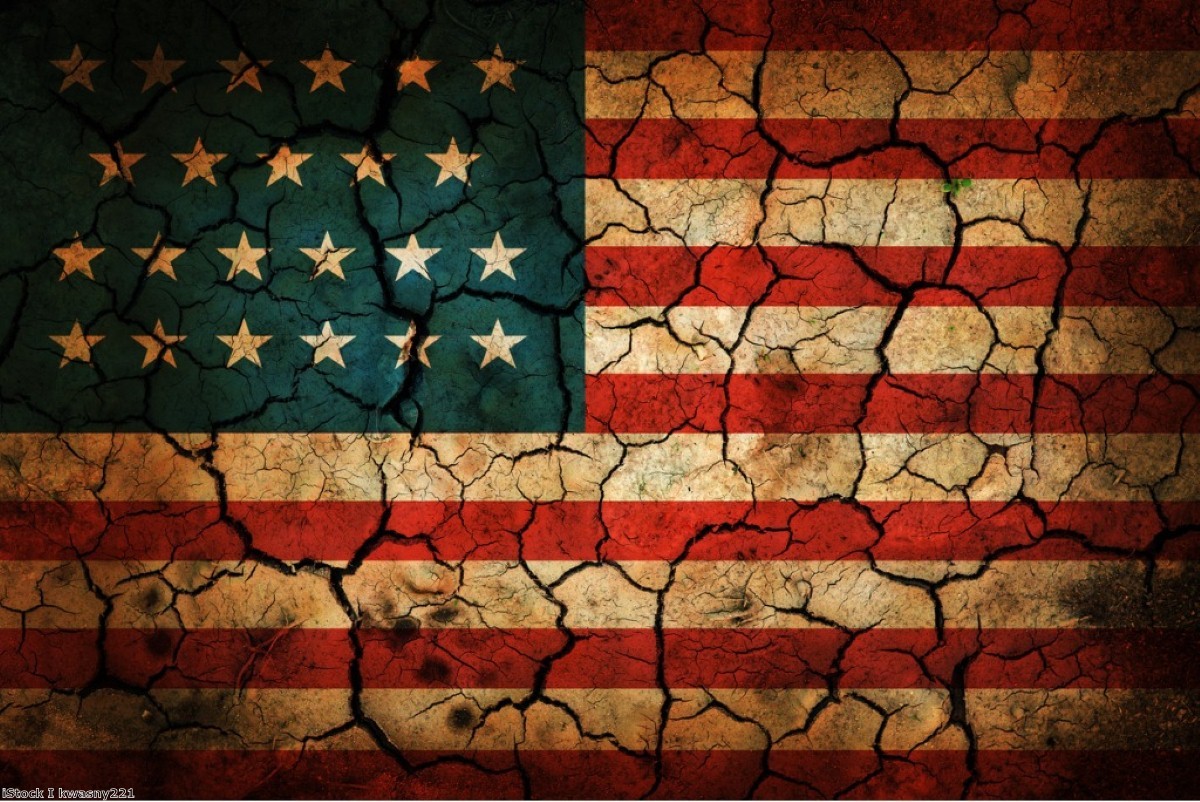 Week in review: An American coup

Finally, one of the big beasts said it. We'd been waiting for a moment of decency, for some evidence of the most basic possible level of democratic responsibility from Republican politicians. And mercifully yesterday we got one.

"Having failed to make even a plausible case of widespread fraud or conspiracy before any court of law, the president has now resorted to overt pressure on state and local officials to subvert the will of the people and overturn the election," Mitt Romney, the Utah senator, wrote on Twitter. "It is difficult to imagine a worse, more undemocratic action by a sitting American president."

But they are the exception, not the norm. What we mostly see from the Republican party is silence – silence in the face of what is, make no bones about it, a coup attempt in the world's most powerful nation.

In a press conference yesterday – during which, like a sign from God in a cheap straight-to-video thriller, his hair dye started leaking down his face – former New York mayor Rudy Giuliani repeated the nonsense claims of fraud in the election. Sydney Powell, Trump's campaign lawyer, claimed a "massive influence of Communist money through Venezuela, Cuba, and likely China" had influenced the election and linked debunked conspiracy theories about Dominion Voting Systems, a US technology company, with some sort of plot by Hugo Chávez and George Soros.

"American patriots are fed up with corruption from the local level to the highest level of our government and we are going to take this country back," she said. "President Trump won by a landslide and we're going to prove it." But when the team was asked to provide evidence for their claims, Jenna Ellis, another campaign adviser, said: "Your question is fundamentally flawed." She insisted the Trump campaign would produce the evidence in court.

But in fact, the court cases have been notable for their complete lack of evidence. The tactic is clearly to use political communication on social media and in press conferences to make an argument for fraud and stress that the evidence is being presented in court, while then counting on the fact that Trump's supporters will not bother to investigate what happens in front of judges, where the claims are quickly and humiliatingly dismissed. The fact Trump himself clearly does not really believe his allegations is demonstrated by the fact that his fundraising for the legal challenges is in fact a mechanism to secure a war chest for future political activity.

Instead of condemning what is happening, Republicans seem mostly content to play along with it and occasionally actively pursue it. Congressional Republicans have assented to Trump's blockage of the presidential transition process, even on coronavirus. They don't believe it either. Many claim that they are trying to present him with an easy off-ramp for his departure, demonstrating once again that it is always macho strongmen who are least able to control their emotional hysteria. In reality, they are warily considering his future role in politics, and orbiting around that eventuality rather than democratic norms.

This is having an effect on Republican voters. A recent Monmouth University poll found 81% of Trump voters were not confident the election had been conducted fairly and 77% believed Joe Biden only won due to voter fraud.

Perhaps we were complacent in the wake of the election result. Those of us outside of America had the comfort of seeing world leaders call Biden to welcome him to the presidency. The prospect of Trump being able to blockade himself in the White House passed away. Giuliani's press conference between a sex shop and a crematorium presented the Trump campaign not as a threat to American democracy, but a black comedy – more Dr Strangelove than Man in the High Castle.

But we're seeing something which could have devastating repercussions for American political life and, through it, our own. One of the two main parties in the US is giving up its belief in the democratic process. It is putting support for Trump above support for the Republic. If that remains the case, the entire system disintegrates. The cultural convictions on which it operates cease to function. That is the situation we now face: not a sudden shock in 2020, but a corrosion across 2021-2024.

From this vantage point, there is little we can do, although political leaders outside the US should be more vocal in their dismay. But we can at least internalise something elemental about politics – that what we thought is customary is in fact radical. That the acknowledgement of electoral defeat is a core aspect of the democratic process. That undermining the legitimacy of the system eradicates it for everyone. That you have to maintain high democratic standards within parties as well as in the system itself. And that any country – no matter how large, powerful or well established – can fall victim to tyrannical instincts unless it guards against them.

Those Republicans who do not speak up now about what is happening have lost any right to participate in public life. They should be held in disgrace for the rest of their careers. And that is not for punishment, although that would be well deserved. It is to prop up the structures and cultural assumptions which make liberty possible.

These are all very lofty and pompous words. You don't ever want to find yourself talking about things like liberty in modern politics, or else you sound like one of those over-excitable 'classical liberal' bores on Twitter who still haven't gotten over the fact they have to wear seat belts. But that's where we are – that's the severity of the situation which is being created. The time for coddling the man-baby is gone. He needs to be taken down. And it has to be by his own side.