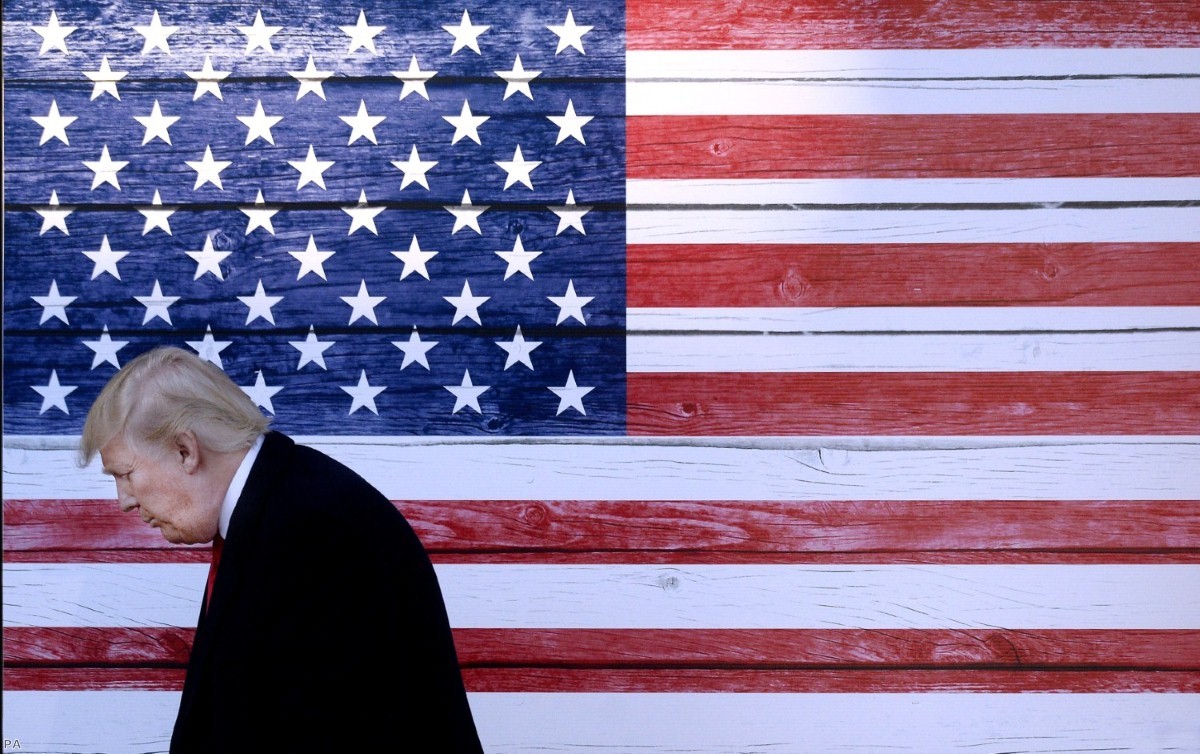 Following the US election has been quite a journey. British politics Twitter has taken a little lockdown holiday and started exclusively watching CNN as it streams a feed of data, anxiety, optimism and brute mathematical calculation into our brains.

The evening of the vote was a moment of despair, as 2016 seemed to play out all over again, from high expectations of a Joe Biden landslide to seeming certainty about a Donald Trump victory. But now the roles are reversed, and as mail-in ballots and votes from urban centres come in, the White House looks set for a change in occupant.

What you're seeing is historic. That's not because a bad president is losing his grip on the White House. It's not even because of the shifting fortunes in American party politics. It's because of something much deeper and systematic. An attempt was made to overthrow American democracy. And it is being defeated.

This was a long-planned attack, clearly established during the election campaign, when the president made several statements suggesting widespread fraud in the US electoral system. He knew how the results would come in – the psychological effect of what is ultimately a sequencing issue. Because the on-the-day vote, which broke heavily Republican, came first, it would establish a sense of his victory. He could then portray the mail-in ballots, which broke heavily Democrat and in many cases were counted later, as illegitimate.

What followed was crucial. It was a defining moment in the history of the new nationalism.

For years we have been assured that this new breed of politician – from Viktor Orban, to Boris Johnson, to Trump – reflected the genuine grievances of socially conservative voters. It was a democratic moment of realisation, a time to listen to people who had not been listened to.

That was a powerful argument. But in fact the liberal horror at the new nationalist movement was not primarily about policies. It was about its rejection of basic democratic norms: the attacks on the courts and parliaments, the eradication of objective truth, the exchange of electoral validity for the mystical legitimacy of 'the people'. The argument was not just that nationalists were wrong. It was that they were a threat to the free society.

Trump's appeal last night was not some chance event. It was the logical outcome of his worldview. He represents 'the people'. Only those who support him are therefore legitimate voters. The institutions which scrutinise and restrain the executive power he wields are corrupt. Therefore any electoral loss is a result of conspiracy by those institutions. This is the culmination of the nationalist narrative that we have seen in the US, Britain, Brazil, India, Israel and elsewhere.

Until now, the institutional defences against this assault have been weak. Those who believe in liberal democracy have been put into a state of ideological confusion by the fierce moral point that there have been large numbers of voters unhappy with the status quo. The cultural norms of journalism have mitigated against calling prime ministers or presidents a liar, even when they are demonstrably not telling the truth.

But in the US, a threshold has been reached. The last few days have been crucial for the millions of voters who came out. But even more important than that was the institutional response to Trump's attempt to undermine democracy.

This time, journalism was prepared. Watching CNN, which was one of the few US stations to even stay with the presidential statement, you got a very strong impression of the editorial meetings which had taken place before the election. They had clearly grappled with how to manage what Trump was going to try and do. Instead of the usual formulations of saying his comments were 'controversial', or 'contested', or 'rejected by experts', they said what they actually were: Lies. Attempts to take away the democratic rights of voters. Attacks on the most basic foundations of what constitutes a legitimate state.

They worked tirelessly to protect and even lionise the local officials and vote-counters who were being branded conspirators by the White House. They constantly explained, in clear terms, how the electoral process worked, what was counted where and why, which safeguards there were, how there were Republican representatives at the counts alongside Democrats and independent observers, why the litigation the Trump administration was pursuing was baseless and being rejected by the courts.

Strict balance in this context would be self-annihilating. It would give equal voice to those who want to destroy democracy and those who want to protect it. But if the former are victorious, there will be no ability to hear 'both sides' in future. When democracy is under threat, objective reporters protect it as the basis upon which they can continue to discharge their professional obligations. Empirical truth – how a count is conducted, whether there is merit to a claim against it, the credibility of a statement – finally became the active principle of journalistic coverage again.

The consequences of this are not restricted to America. Imagine what could happen to our own country if Trump was seen to have succeeded in his attempt to undermine an electoral result. We have precisely the same problems in the UK – a prime minister who lies constantly, an administration which thinks of the world in terms of 'the people versus the elites', a ceaseless attack on democratic institutions. It can happen here, just as it is happening there. By standing down the threat, by holding to the functional principles of a free society, American journalists are making us safer on the other side of the Atlantic.

This isn't over yet. Trump may well succeed in inspiring such animosity and paranoia in his supporters that America descends into a very bad place indeed. This election might not be decided in the courts, but there is nothing to stop it being pursued in the street.

And yet there are now reasons for hope. It's been a long time since we've been able to say that.