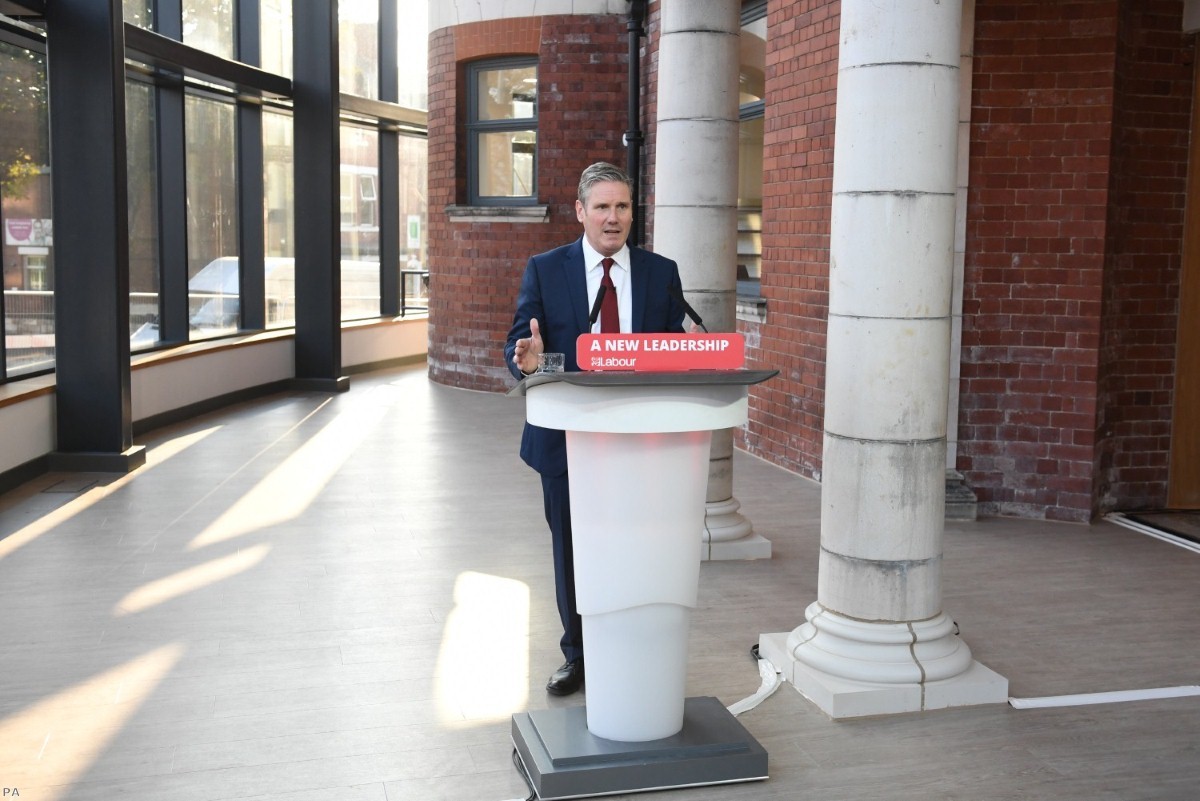 Until now it had been all show-don't-tell. Keir Starmer's style of leadership was an implicit rebuke to Jeremy Corbyn. He focused on competence above all other qualities – the precise element whose absence arguably did the most damage under the former regime. He mercilessly dropped front-benchers for anti-semitism, as opposed to Corbyn's tortured, endless prevarications. But under this speech, that message became explicit.

Starmer laid out a series of values which could fit neatly with the Labour left – addressing structural racism and inequality and fixing social care. But unless the party made itself electable, he argued, it was all meaningless. "I can see in my mind's eye the country I want us to be," he said. "I can see it. I can describe it. But it's all just a dream unless we win back the trust of the people. We've got a long road ahead of us. It starts with being a credible opposition."

It's a strong line, that one – 'just not up to the job' – one which rings true and you can imagine being said down the pub. It came packaged with a pretty severe threat which signalled an escalation in Labour's response to covid. "There should be nothing inevitable about a second lockdown," Starmer said. "It would be a sign of government failure, not an act of God." It seems that if there is another lockdown, the Labour leader will treat it as proof of No.10's incompetence and use that as the basis for ongoing criticism of its performance.

Starmer's argument for competence was aimed at the Corbyn leadership and the Johnson administration in equal measure. But his overall message for why competence mattered was framed in patriotic language. And that was directed at the Red Wall seats which turned blue in 2019, urging them to reaffirm their faith in the party.

"So to those people in Doncaster and Deeside, in Glasgow and Grimsby, in Stoke and in Stevenage, to those who have turned away from Labour, I say this: we hear you. Never again will Labour take you or the things you care about for granted. And I ask you: Take another look at Labour. We're under new leadership. We love this country as you do."

That message, in and of itself, was about competence too. Because the simple fact is that Labour cannot win an election without being seen as patriotic. This shouldn't need saying – that you need to clearly like the country you wish to run. But it was beyond the capabilities of the former leadership.

That carries an implication which goes beyond Labour's fortunes to that of the liberal-left in general – here and across the West. Progressive values must be packaged in patriotic sentiment. If they're not – if those politics become unmoored from love of country – then you have created the battle-lines in a culture war which you cannot win and anyway should not want to fight. These ideas are entirely compatible. Unless that is recognised, the defeats will keep on coming.

This speech isn't going to break through. It had to be delivered virtually, which reduces impact and press coverage. It is competing for news attention when all eyes are on the new covid restrictions the prime minister will announce later today. But it was a firm confirmation of all the things which had until this point been implicit under Starmer: Competence as the guiding principle, a firm break with Corbyn, and an appeal to patriotic sentiment.

It is entirely the right approach. But as Starmer himself said, it's a long and tough road, given where Labour finds itself. Coming up with the right plan is just the start. Now it has to be delivered.