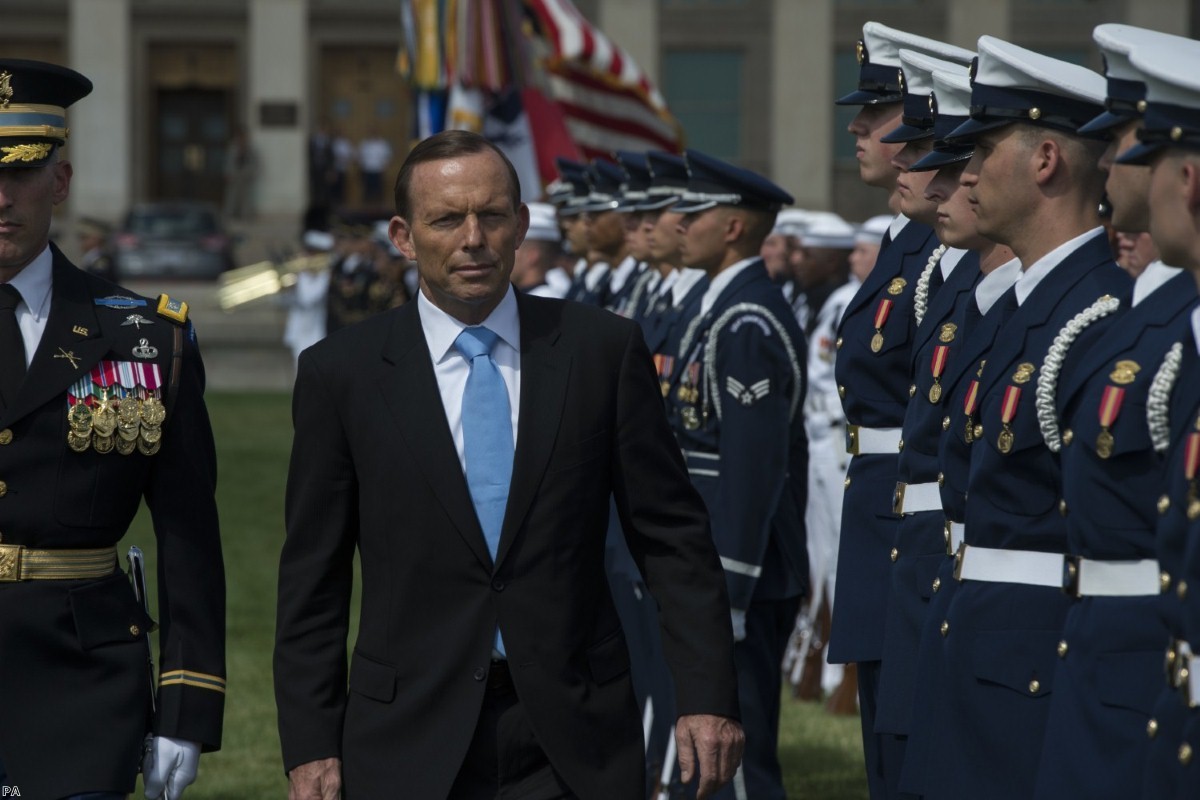 Week in Review: Tony Abbott and the vortex of international stupidity

So now we know what Global Britain looks like. It looks like Tony Abbott. And that in itself makes a certain degree of sense. It's the only kind of international organisation this government can imagine itself pursuing: the replication of its own failings on a global scale, amassing all the most defective, morally bankrupt, intellectually inadequate political figures they can find from around the world and placing them in one team. The Hapless Avengers.

Abbott, who is on the list of possible candidates for the Board of Trade, is a walking dinosaur. He once asked if it was so bad that "that men have more power generally speaking than women", has insisted that "middle class women do not have enough kids", says he feels "a bit threatened" by homosexuality, insists climate change is "probably doing good" and this week suggested that covid might be better handled by people making "elderly relatives as comfortable as possible while nature takes its course". In short, the man is an imbecile.

Since then, minister after minister has emerged to defend his appointment. "He's a homophobe and a misogynist," Sky's Kay Burley told Matt Hancock this week. "Well, he's also an expert in trade," the health secretary replied. Liz Truss, who, by some bleak eclipse of irony, is both trade secretary and equalities minister, responded to criticism of the idea in the Commons by branding it an attempt to "virtue signal" from "those on the left of politics".

Those responses tell us something quite revealing. Abbott's appointment is part of the own-the-libs strategy – the government's rejection of the objective point of something in favour of who it upsets. Abbott is therefore the perfect appointment. He upsets all the right people – Amnesty International, the Fawcett Society, Stonewall, Greenpeace, etc – and represents the triumph of the plain-speaking, stands-to-reason pub bore over expertise, comprehension or basic suitability. He is the nonsense dispute over the last night of the Proms in appointment form – just another culture war battleground, in the same endless tawdry administration of nothingness, with no idea of what it wants to do but a very clear impression of who it wants to enrage. The government is like a dog chasing a car: loud and determined, but without any idea of what it would do if it were to achieve its aim.

The criticism of Abbott, which is ferocious and wide-ranging, is actually too modest. Most of it tacitly accepts Hancock's argument by focusing exclusively on his various comments on gender or sexuality rather than his suitability for the role. But in fact Hancock was wrong. Abbott is not an expert on trade. His utterances on this topic have been so feeble and misconceived as to challenge even the most ill-informed of British Brexit commentators.

It's instructive to read his article in the Spectator – where else – from March last year. "Officialdom is warning that a no-deal Brexit would mean trucks backed up for miles at Dover," he started, briefly touching on objective reality before, at lightning speed, reaching back for the safety of imperial bombast. "Apparently the country that saw off Hitler, the Kaiser, Napoleon and the Spanish Armada is now paralysed with fear at the very thought of leaving the EU."

The rest of the piece bore the classic machine-gun fire of nonsense – a classic of the period. "As a former prime minister of a country that has a perfectly satisfactory 'no deal' relationship with the EU, let me assure you: no deal would be no problem," he wrote, seemingly unaware of the way that an existing absence of a free trade agreement between two distant trading entities differed from existing regulatory and customs harmonisation between two neighbours.

"Might there be queues at Calais?" he asked. "Perhaps, if a vengeful EU imposed one-sided tariff and regulatory burdens on Britain." In fact, the EU would have had no option but to put tariffs on UK goods and impose regulatory checks under no-deal, or else it would break WTO most-favoured-nation rules barring discrimination.

But the real moment of significance in the piece came in a sentence which demonstrated not just a lack of understanding of basic trade dynamics, but of elementary logic. Britain, he said, should "unilaterally" declare that "there would be full mutual recognition of standards and credentials".

Extraordinary sentence, that. The unilateral declaration of a mutual arrangement. You might as well walk into a shop and tell the guy behind the counter that you've both agreed to pay £5 for the latest smartphone. You can say it as much as you like, you can announce it with all the trapping of 'unilateral declarations', but that will not make it real. Deals are different to no deals. Individual decisions are different to mutually-agreed decisions. Most people do not need these basic sorts of facts pointed out to them and yet Abbott is seemingly incapable of grasping them. This is the intellectual record of the man touted as an expert in trade.

In that error, you can see the basic psychological, emotional and ideological instincts which made him attractive to the Vote Leave administration in the first place. It has the taint of imperial nostalgia to it, an echo of the days in which Britain could just send out the gunboats and do whatever it liked. And it has that distinct quality of those who refuse to engage with the complexity of the world, who insist that simple, instinctive, emotionally satisfying, macho solutions will do what all those limp-wristed experts fail to do – the dream that sheer common-sense can penetrate the harshest of conditions and make the universe bend to its will.

That's Global Britain. They have finally found a practical meaning to fit the branding. They're going to find all the most inadequate minds from around the world and amass a great super-team of imbeciles.

Ian Dunt is editor of Politics.co.uk. His new book, How To Be A Liberal, is out next month.