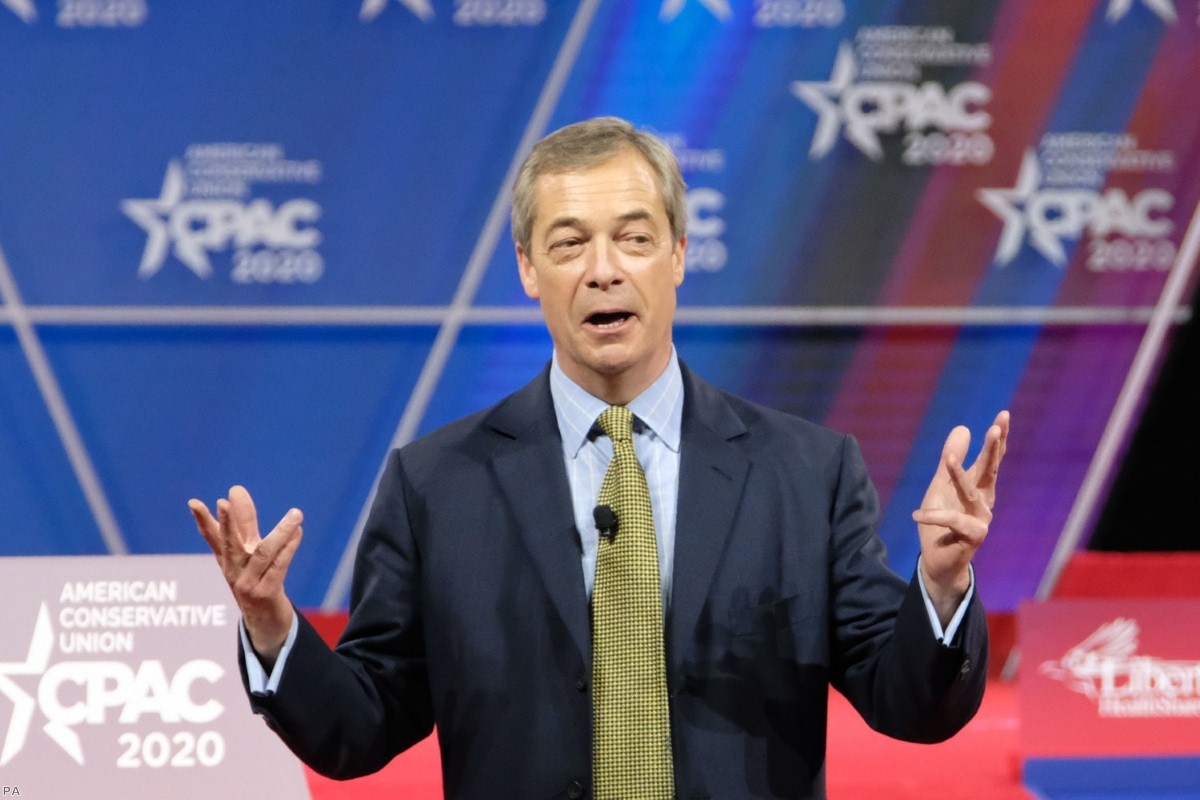 The refugee crisis is fake. The culture war isn’t.

The first thing to understand about the refugee crisis is that it does not exist. This country is not facing an unsustainable wave of people in boats. It is not dealing with numbers which are impossible to manage.

Globally, a refugee crisis does exist and has for some time. People are desperately fleeing states suffering war, tyranny and societal and economic collapse, particularly in the Middle East and North Africa. But the impact on Britain has been negligible. Countries like Italy and Greece, as obvious landing points into Europe, have been far worse affected.

The number of people trying to reach the UK across the Channel has risen and is probably right now at something like a couple hundred a day. We don't know for sure why, but it's likely to be because lorries – which are often used by asylum seekers to get into the UK – are travelling less due to the pandemic and there are currently decent weather conditions.

In reality, a small and semi-regular flow of people are constantly trying to get into Britain. The numbers are not large, either in absolute terms or in relative ones. In 2018, there were 26,547 asylum applications to the UK. France and Germany get many more.

People seem confused about why refugees often come from France. Probably they assume that the France they have seen on holiday is the same one these people are escaping. That is not true. Many asylum seekers find an extremely hostile reception in the country, in which they are effectively forced into homelessness, made vulnerable to criminal gangs and often brutalised by the police.

They come to the UK because they think it offers a chance to start again. Many have family or friends here, or are aware of an existing community of people from their home country who they can join. People whose lives have been destroyed by war often only have one or two others in the world who they can still find. They'll do anything to reach them. We all would. Far from standing as markers of difference, refugees actually demonstrate the universality of human need.

With a little compassion and good sense, this would be a perfectly manageable situation. We must accept that as a relatively wealthy, relatively stable country we are going to receive people fleeing danger to our shores. We can pretend otherwise. We can close the curtains, insist the rest of the world does not exist, that a collapse in one state has no effect on ours, that we are the only nation on the planet, but it will make no difference. People will still come.

More than that, we might even recognise that this is a blessing and a source of pride – that people in the world still think of this as a decent country where they'll be given a fair chance, where they'll be able to make something of themselves. We might even be able to feel, if this isn't too old-fashioned a notion, a sense of empathy for those who have been savaged by war and struggling to reach those they love.

The way to manage this situation is to regularise it, to provide refugee resettlement programmes, safe passages, so that people can make a claim and have it heard fairly. Instead we have done the opposite. We have closed down safe routes and then wondered why migrants take dangerous ones.

This modest stream of people has been turned, with predictable cynicism, into a political emergency. It began, of course, with Nigel Farage, the beating heart of British nationalism, the transmission agent by which its politics travels into the mainstream. He spent most of spring and summer undertaking a one-man campaign to portray desperate refugees as an invasion force.

He used that word – invasion – repeatedly. "Shocking invasion on the Kent Coast," he said five days ago. On May 8th he wrote on Facebook: "On a day of national celebration we are being humiliated on the South Coast. As I have predicted, a record number of illegal immigrants have been taken into Dover. All along the coast there are many more. This is the beginning of an invasion."

Every sentence beams out a far-right message. The use of invasion as a metaphor for refugee flows is well established among racist groups. It taps into a view of dark-skinned men – it is always the men they focus on, not the women or children – as potential violent aggressors. The precise same language is used relentlessly by Viktor Orban in Hungary. They portray cultures as fixed and singular, so that any newcomer is a dilution of its national essence. Notice Farage's language: national humiliation, states of artificial emergency, militarisation.

From there, the rhetoric was taken up by the government. Priti Patel adopted a series of ever-more pathetic and embarrassing postures. "I know that when the British people say they want to take back control of our borders – this is exactly what they mean," she tweeted.

Terrible echoes of the past four years. The dynamic of the refugee response mimics Brexit almost precisely – reactionary outliers absorbed into government policy. Those who disagree, who want a response with more practicality, open-mindedness and compassion, are excluded from the category of the "British people". Soon afterwards, they are inevitably dubbed its enemies.

The next wave comes with the media. Breathless journalists set out on boats to film the refugees, adding to that sense of an emergency, of something-must-be-done, gullibly doing the job of nationalist politicians for them. They choose what to cover. They do not cover those who lose all job prospects because of a minor drug conviction. They do not cover the state of the prison system, overstuffed and under-resourced. They do not cover the collapsing court system. And that is just the area of criminal justice – you could do the same for every policy area. Instead, this is where they point the camera.

That camera frame is also a narrative frame. It might not tell us where to fall in a debate, but it tells us which debate is important. And on that matter, they take their marching orders from Farage.

It is a fiction. There is no refugee crisis. This is an artificial emergency. Those who propound it shame their reputations and their moral standing. The way to fight back is not to argue on their terms. It is to reject the frame of the debate altogether and stand up for better values – practicality, realism, political sobriety and compassion.