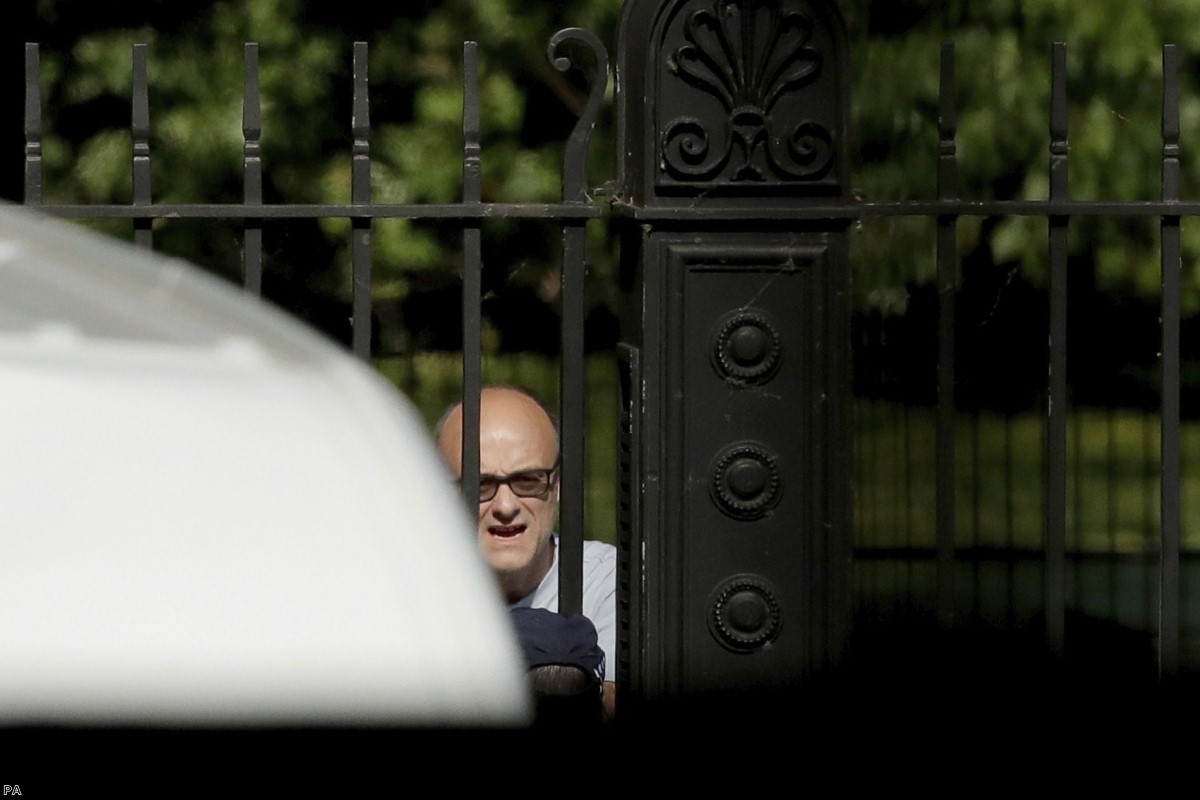 When we look back on this period, it'll be a moment of bitter farce in the wake of tragedy. After all the suffering and boredom and anxiety, the end of the lock-down and the Dominic Cummings row will run simultaneously in people's minds.

In reality, that's not entirely correct. The government message was already hopelessly confused before the Cummings story broke. Stay alert, which meant nothing, replaced stay at home, which did. People were gradually loosening compliance anyway, as anyone going for a walk outside could tell you, and the warmer weather wasn't helping to alleviate that.

But once the Cummings row hit, that process became much more acute. There is simply nothing the government can say which carries moral weight. "We don't want people to stay overnight," Boris Johnson said yesterday, "we don't want people to go to other households and stay there. We are not saying people should now be allowed to move freely across the country." Every line of it sets up a joke against him.

In fact, it is hard to think of a single piece of government instruction which does not seem to pre-empt the punchline: 'Unless you're Dominic Cummings'. On Question Time last night, health and social care minister Helen Whately's attempt to explain government proposals saw her disintegrate into the new caveat-heavy version required to protect the prime minister's chief adviser. "So follow the guidance unless you can't," host Fiona Bruce concluded.

There really are no rules now, from a viability standpoint. There's no sense the government has the moral authority to make them, nor much desire on the part of the public to comply with them, given the hypocrisy of those who issue them. Insofar as people follow them from now on it is purely out of ethical duty.

The same lack of trust applies to the policies the government is announcing. Thursday night's confirmation of a relaxing of restrictions so groups of six could meet was the long-hoped for light at the end of the tunnel, allowing friends and family to be together again, even if only outside and without touching anything when you pop to the loo.

But even that now came with a dollop of suspicion. Many people simply assumed it had been timed not because of an assessment of where the pandemic was at, but as an attempt to blast Cummings off the front pages. And it did actually achieve that, with most papers focusing primarily on the relaxation.

That is not conspiracy theory. It is a perfectly reasonable thing to have concluded. Johnson's behaviour at Thursday afternoon's press conference was pure bargain-rate dictator. He muted journalists after one question, so they could not ask any follow ups – a patent misuse of the virtual press conference requirements which would have been impossible in real life. He interjected to block the scientific advisers from answering any question which related to Cummings, even if it was about public health. He and his ministers kept firing off their "move on" line all of yesterday – a figure of speech which has clearly polled well on their relentless rounds of public message testing.

The government's entire approach, it is quite clear, is intended to get it out of the Cummings-shaped hole. So it takes very little suspicion to conclude that the public health decisions have the same motivation. After all, who announces a relaxation of lock down rules for barbecues on Thursday, ahead of a sunny weekend, if they are meant to apply from Monday? It's hard to conceive of anyone who would wait so long to adopt them. It seems likely, on the most charitable interpretation, that this announcement would otherwise have been made on Sunday night, as the last major relaxation was.

The lock-down is over, and Cummings killed it. That much is now becoming increasingly clear.

That's bad enough for now. But it becomes truly dangerous when we consider what will be asked of those contacted by the track-and-trace system, who, despite not having symptoms, will be asked to self-isolate for 14 days. And even worse when we imagine the possibility of a second wave in the autumn.

The sense of trust in government is gone. We don't know the consequences of that yet. We simply have to pray that it happened at the tail end of this thing, rather than in the lull which preceded another bout of it.