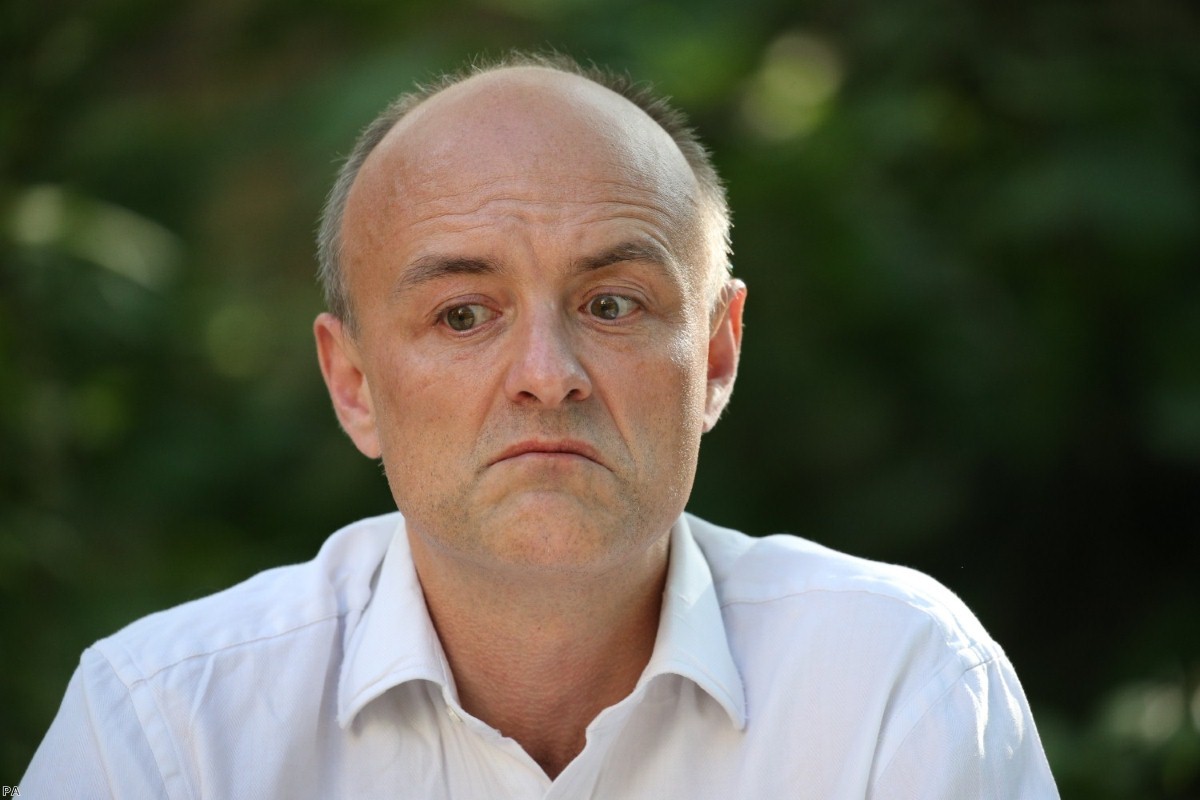 Cummings press conference: The emperor has no clothes

The first thing you noticed was the gulf between the image of Dominic Cummings and the reality of him.

It's rare that we get some proper time with him. All we're usually exposed to are his angry recrimination when leaving his home about how out-of-touch the media are. But today, we got the full show. He sat in the Downing Street rose garden for around three quarters of an hour, offering an increasingly contorted account of his movements during the covid emergency.

The arrogant, sneering culture war populist, banging on incessantly about Brexit, was gone. Instead, he seemed nervous, shifty, like a schoolboy who'd been caught smoking in the bike sheds.

Cummings did not apologise or show any contrition. Instead, he went for the standard Trump strategy: blame the media. Were people right to be angry at what he had done? "A lot of that anger is based on reports in the media that have not been true," he said. Would his actions lead people to break lock-down? "The coverage of the last couple of days could make people believe they can behave in certain ways." So in other words he'd done nothing wrong. It was the media's fault.

As for the story itself, it was incredibly bizarre, like the plot of some kind of straight-to-DVD midmarket American comedy. After attacking the media for telling lies, he proceeded to accept the two main stories they had uncovered about him – firstly that he had driven to Durham and secondly that he had then gone to Barnard Castle.

His excuse for the latter journey was that he was unsure if his eyesight was working, so to test it out he took a half hour trip to a beauty spot with his wife and child in the car.

It's hard to know what to do with this. Let's say it's false, which you kind of have to hope it is. In that case he should resign for lying and breaking the rules which he himself set, as well as damaging public acceptance of the lock-down. He should also resign on the more superficial, but arguably more pertinent, basis that, as a political adviser, he does not understand that this story is inadequate to stop the coverage.

But what if he isn't? What if this is a thing he actually did? Then surely it is also the case that he should resign, on the basis that his judgment is hopelessly impaired. Testing your capacity to drive by driving is not a sensible thing to do. If you are going to do it, it is even less sensible to take a half hour drive instead of just going around the block. And if this really is something you insist on doing regardless, then do not put your child in the car, especially if their safety is ostensibly the reason you went to Durham in the first place.

In the end though, the real story today wasn't his strange timeline. That, by the end of the press conference, was more of a comedy subplot than anything else. The real story was the state of him. He was stripped of all the culture war defences he had built up over the last few years – weaponising the right-wing press over Brexit and firing off constant salvos of 'will of the people' gibberish. So what we saw was a slight and helpless figure. Once the lights were turned in on him, it was clear he wasn't up to it.

Boris Johnson has staked his reputation on this man. He put his government on the line and risked his public health strategy in order to preserve him. Given the performance today, it's hard to work out why.