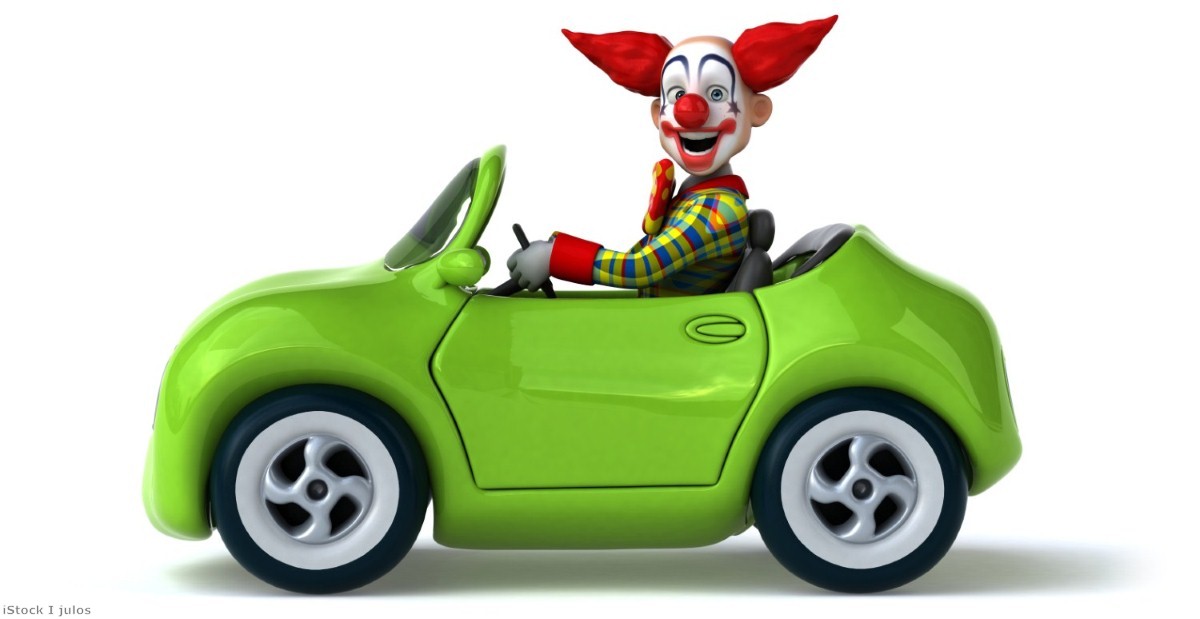 Week in Review: Johnson’s clown-car government is veering us off the road

They're all over the place. It's like a moral lesson in what happens if you're foolish enough to hand the keys to the country to a blithering clown. And the damage he'll do will stay with us for decades.

We barely see Boris Johnson. He doesn't really deign to emerge anymore. It's all very funny, apparently, the bumbling jester act. Until there's floods, or a coronavirus. And then it's not so funny anymore.

But even behind the scenes, you can sense Johnson's responsibility for what is happening. It's in that tell-tale sign of laziness and ineptitude with which government operations are conducted.

Yesterday No.10 confirmed it was pulling out of the unified patent system. This new arrangement, which operates half-in and half-out of the EU, aims to replace the disparate national patent arrangements in Europe with a streamlined single-issue patent and associated court functions.

With Britain on board, the new system would have covered 400 million consumers, including four G8 economies, with a GDP close to that of the US. Many experts believed it would make Europe a major patent jurisdiction, possibly overtaking America.

Even David Cameron, an afterthought of a prime minister who nevertheless appears an intellectual titan next to what we have now, recognised the opportunities. He made sure British judges were involved in developing the court's procedure. He fought to establish the pharmaceutical and life science division of the court in London – part of a plan to turn the UK, which at the time had the European Medicines Agency as well as the Francis Crick Institute and the Wellcome trust, into a global life sciences hub.

Theresa May knew it made sense to stick to this system even after Brexit. Johnson himself ratified it in 2018. But now we are pulling out. Why? Because the patent court will refer back to the European Court of Justice on matters of EU law.

This is such a tiny thing, such an inconsequential detail, as to be beyond comprehension. The European Court of Justice wouldn't decide cases. It would simply be asked to make rulings on matters of EU law. But even that apparently is too much. 'That's not Brexit', or whatever word it is we're supposed to use for Brexit now that MPs have been told never to utter it.

"Participating in a court that applies EU law and bound by the European Court of Justice is inconsistent with our aims of becoming an independent self-governing nation," the PM's office said. They had to be approached to find out. There was no official statement.

Britain loses and Europe loses. And there's really no reason for it. It's doubtful that a single individual in this country voted to leave in 2016 on the basis of EU law on patents.

It doesn't make the headlines, because it is an act of vandalism against something which would exist, rather than something which already does. But this is what it looks like when a country dismantles its own future.

Meanwhile, Michael Gove was in the Commons, delivering a standard-issue machine gun round of untruth. "We will respect the withdrawal agreement, implement the Northern Ireland protocol," he said, mentioning a document which makes it clear there will be a customs border between Britain and Northern Ireland. And then: "There will be no border down the Irish Sea".

It is a lie. That border will exist as point of fact due to the contents of the agreement. And it will take place in a heightened way due to country-of-origin checks if there is a trade deal with the EU.

What he could confirm is that the UK is going to have to employ up to 50,000 people for customs checks. It is extraordinary. We are eradicating growth where we could have been world leaders, only to replace it with growth in an area dedicated to demolishing our own trading networks. As the FT calculated, that's "four times more people to fill in customs forms than the 12,000 people working as fishermen in the UK – the industry that is supposedly one of the big beneficiaries of Brexit". Actual madness, on an industrial scale.

The UK published its mandate for the EU talks this week. In it, Johnson rejected the commitment to level-playing field requirements which he signed in his future relationship deal with the EU, just as he is undermining the commitments he made in the Northern Ireland protocol. He then asked the EU to trust him that those commitments were not required. It is like a perfectly illogical argument, one which refutes itself in the process of being uttered.

At the same time he is going to pursue an American trade deal, with the most aggressive nationalist president that country has had in its history. The mandate for that deal is expected on Monday. Liz Truss, the woman who whipped herself up into imbecile outrage over the fact Britain imports cheese, will be in charge there.

That's two simultaneous talks in which Britain is by far the junior partner, against seasoned negotiators, operating under an impossible time frame, with a ministerial team selected for cattle-like obedience, a leadership strategy based on deception, and no basic grounding in empirical reality or the consequences of our actions.

The sheer scale of the inadequacy and irresponsibility is mind-boggling. A clown-car, tottering down a high speed motorway, surrounded by heavy-duty vehicles travelling at speed. And we are going to have to live with the outcome of these decisions for years.