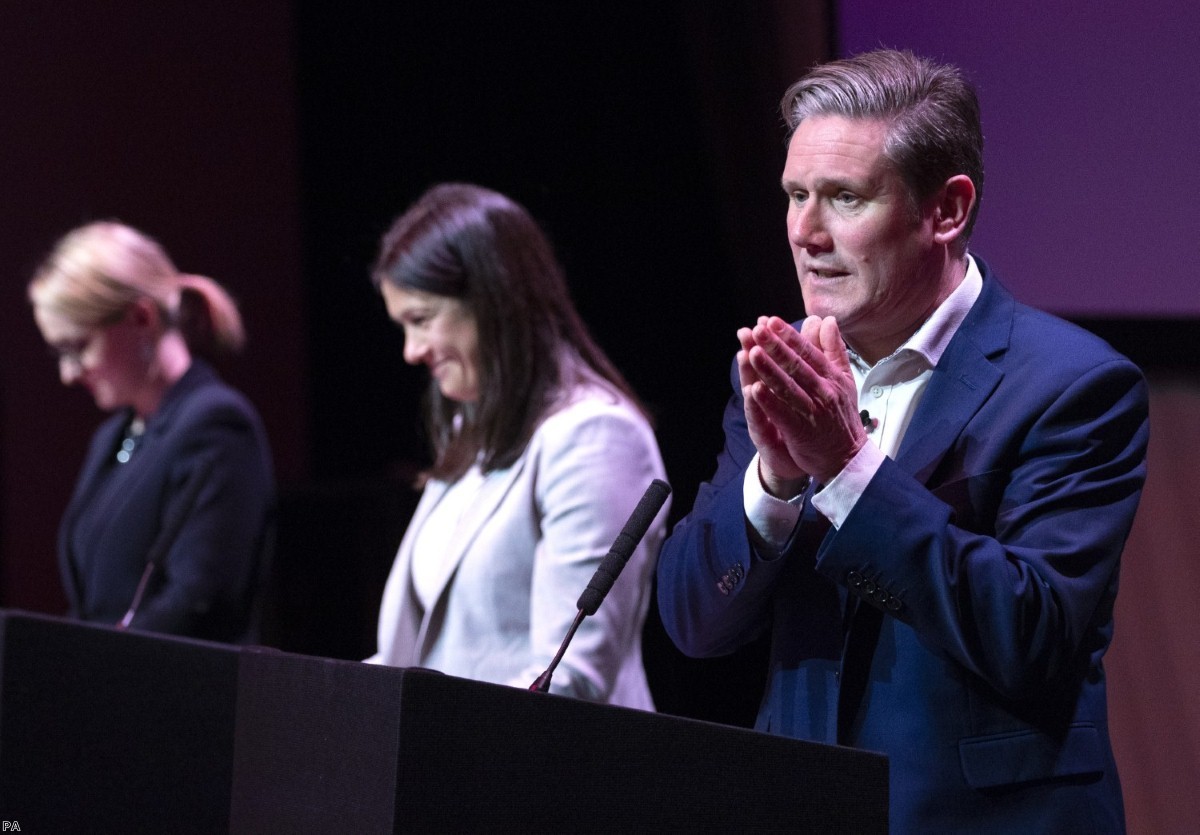 Week in Review: When will Labour get real about how screwed it is?

There's a weird tone to the Labour leadership contest. They're in a moment of existential collapse, but most of the candidates don't show any real sense of urgency. It's like they've been given a cancer diagnosis and decided to drink some Lemsip and get an early night.

This weekend will see a final frantic spasm of campaigning before voting kicks off on Monday. There's still several weeks more of this to go after that, but in previous contests many members cast their votes early. So we're set for a strange – but perfectly fitting – slumping finale, with five weeks of candidates campaigning despite the race probably having already been decided.

Of all the candidates, Lisa Nandy is the only one who has really demonstrated the kind of passionate energy you might expect from a party which is staring into the abyss. She's been charismatic, thoughtful and authentic throughout and a credit to her party. She is very unlikely to find the numbers to win it, but she's done more than enough to secure herself a prominent position on the front bench from now on.

Rebecca Long-Bailey is precisely what you would expect. She's shown not a smidgen of understanding, or even that much interest, in the national difficulties Labour faces. One of her first policy announcements was open selections of candidates at an election. It was the kind of proposal someone would come up with if their intention was to run as far away from reality as possible at the greatest speed available.

Unless something changes, Keir Starmer looks like he will be the next leader. He's a smart, principled and impressive political figure, but there's not been much imagination or clarity in his campaign.

The strategy is plain. He feels he can bank Labour Remain votes for his record during the last few years. And he deserves them. He was the man, more than anyone, who tried to steer the Labour leadership into a sensible position on Brexit – or indeed towards any position at all. That left a vulnerability on the left-wing of the party. He had built credibility here, sticking in the shadow Cabinet when others left and largely refraining from criticising the leader. And he has been careful to let left-wingers know he shares their values.

It all makes perfect strategic sense. But it leaves us with a very vague and indecipherable candidacy. Is this just a way of winning an election? Or will this also be the way he leads the Labour party? If the latter, it will be a disaster. This period of politics demands firm, easily-understood positions, an immediate sense of who someone is. Trying to be a little bit of this and a little bit of that on issues which voters are perceived to care about will not work. It'll repeat the Miliband years.

Labour has just been handed a very robust beating by the British electorate. It is important that the party shows that it heard them. At the moment, that is not the case. Starmer is too nervous of the Corbyn lobby to be explicit about what happened. And that creates a sense of a party which does not have the honesty with itself that it needs to ever be able to win again.

There is a problem with the morality of it as well. This week, shadow chancellor John McDonnell paid a two hour visit to Wikileaks founder Julian Assange and decided it was suitable to compare his plight to that of Alfred Dreyfus, the Jewish officer who was the subject of a deranged outbreak of nationalist anti-semitism in turn of the century France.

But that was clearly not the lesson McDonnell took from this incident. He said Assange was "the Dreyfus case of our age, the way in which a person is being persecuted for political reasons for simply exposing the truth of what went on in relation to recent wars".

To say it is a misreading of history is to put it in its kindest possible light. It's nonsense of the highest order. Dreyfus didn't 'expose the truths' about wars. He was simply fitted up for a crime because he was Jewish. And Assange is not persecuted for recent wars. He is a self-serving amoral catastrophe.

McDonnell took an anti-semitic incident and wallpapered it into one of his standard anti-war conspiracy theory warbles. It's not just wrong on the facts. It's worse than that. It's further evidence of precisely the kind of wilful blindness and utter lack of interest which allowed anti-semitism to take root in the Labour party in the first place.

The Corbyn period of Labour will be remembered with shame. You can understand – grudgingly – why a leadership candidate might need to take it easy on the criticism when running to replace him. But they shouldn't mistake that for what is required once the contest is over. Labour needs to make massive, honest, hard-headed changes. It needs to face the reality of what has happened – tactically, politically, electorally and morally. Or else it won't just be five years in the wilderness, or even ten. It'll be game over.