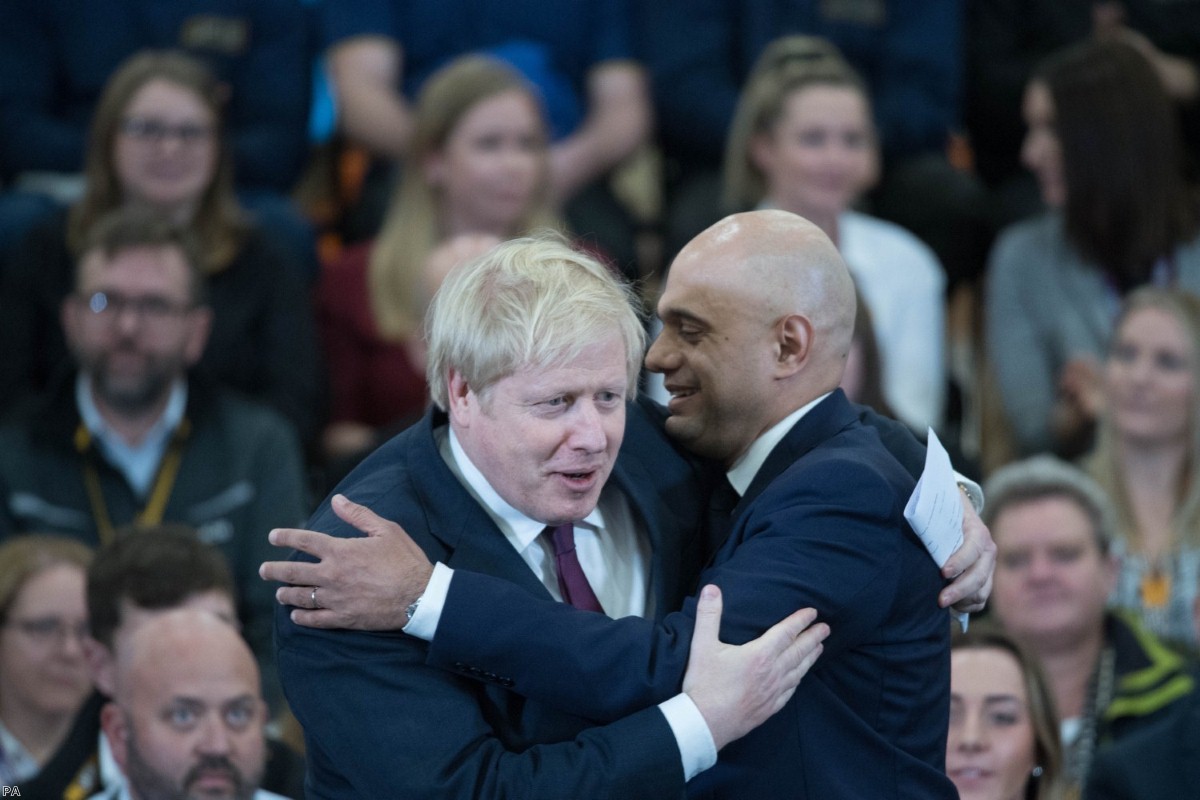 The grip tightens: Javid resignation shows even scrutiny within govt is fading

That was quick. Seven months since Sajid Javid took the post of chancellor, and before he had even delivered a Budget, he is gone.

Late this morning, he was given an ultimatum by Boris Johnson. He could stay in post, but only if he sacked all his aides and submitted to Dominic Cummings' joint team of advisers. He was being brought under Downing Street control. Javid, to his credit, said no.

This battle has been going on since the summer. Back in August, Javid's advisor, Sonia Khan, was brutally dismissed by Cummings and then escorted from her workplace by police – an unnecessary additional humiliation which spoke volumes about the character of the man who instigated it.

We don't really know what the tactics were. Perhaps Cummings and Johnson meant to neuter Javid but thought he would take the offer and stay in his job. Perhaps they knew he was likely to leave. It doesn't really matter. Either avenue led to the same destination: the subjugation of the Treasury to No.10.

Of all the government departments, the Treasury is the one which has real power over prime ministers. Nigel Lawson's resignation was a key moment leading to Margaret Thatcher's downfall. Gordon Brown operated as an internal resistance movement to Tony Blair. Philip Hammond stolidly maintained his independence from Theresa May.

But now it is being brought under control. The attempt to eradicate potential sources of scrutiny or opposition to No.10 now includes those within government.

Cummings hasn't won all his battles. Once upon a time, this reshuffle was going to be the Valentine's Day Massacre. Now it is a relatively modest reorganisation with a grenade inadvertently lobbed in the middle. His attempt to bring the civil service to heel hasn't materialised either.

But it is clear that those who wrote him off did so too soon. Even after losing battles over HS2 and civil service reorganisation, he is still able to orchestrate major upheavals in order to secure more power. And it is clear from Johnson's decision to go along with it that he will prioritise Cummings over his Cabinet secretaries.

Those in other departments who looked capable of exercising even a smidgen of independent judgement have also been gotten rid of. Northern Ireland secretary Julian Smith, who managed to help secure the return of power-sharing arrangements last month, was sacked. Attorney general Geoffrey Cox, who mostly went along with Johnson's constitutional vandalism last year but at least had the good grace to seem mournful about it, was also jettisoned.

In his place we have Suella Braverman, former chair of the ERG Brexiter hardliners. Last month she wrote a piece for ConservativeHome insisting that "we must take back control, not just from the EU, but from the judiciary".

Why? Well they had stood up to the government. She cited two occasions in particular. The first was the Supreme Court decision on giving MPs a vote on triggering Article 50, thereby ensuring parliament was not sidelined on a generational constitutional change. And the second was the Supreme Court decision against Johnson's illegal prorogation of parliament, thereby ensuring the prime minister could not simply cancel the legislature.

The Supreme Court is clearly in their sights. So is the Human Rights Act, which provides individuals with protections from the state. And so is judicial review, the system which allows citizens to take ministers to court.

The judiciary, like the Treasury – and like the media, which is also under assault – are undermined because they can impose restraint on No.10. That, of course, is one of the foundational ideas of what constitutes a free society operating under the rule of law. It is now under attack. This is a domestic Brexit: the dismantling of institutions in favour of executive power.

It may not have gone as far as Cummings wanted it to. But today edged things in his direction.