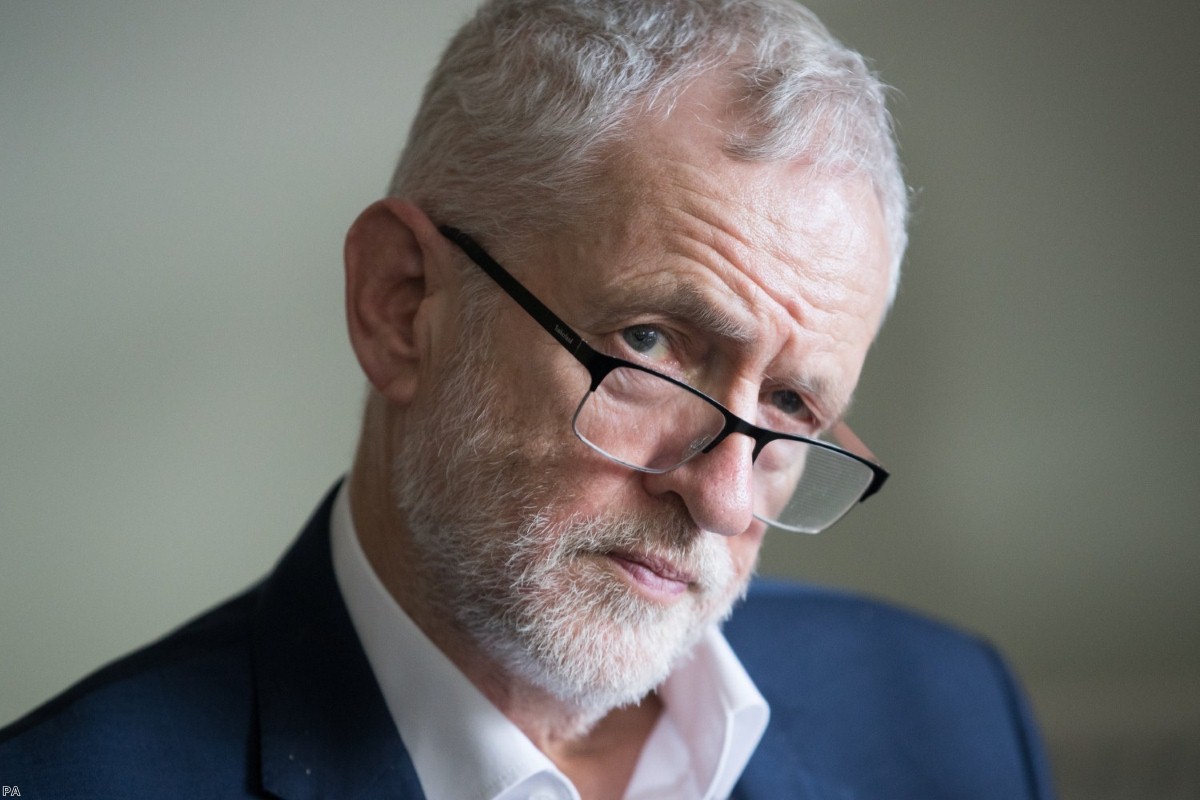 Don’t blame the media for Corbyn’s failure – blame him

"Things can never get better". For four years that was the jibe issued by Corbynites to Labour centrists critical of the party's shift to the left. In contrast to Tony Blair's campaign theme, his heirs believed that there was no alternative to austerity and privatisation, that gruel would always be the only choice on the political menu.

Since Labour's catastrophic defeat last week, "things can never get better" has now effectively become a Corbynite mantra. Apparently no leader could have avoided disaster. Anyone would have been savaged by the right wing press, just as Corbyn was. Nothing could have been done, it was everyone else's fault.

If this were true, Labour should just give up and disband. Certainly all those activists and outriders trotting out this line would do well to get out of the way. If they think last Thursday was the peak of Labour's electoral capacity, they have no answers to anything.

Labour does get extremely hostile media coverage from right-wing newspapers – though the influence of the Sun in particular is not what it was, and the Telegraph is almost exclusively read by non-Labour voters.

But Labour's problem does not lie primarily with newspaper coverage. The Guardian is hostile to the Tories, the Mirror effectively turns into a Labour party press office during election time and the Jennifer Arcuri revelations about Boris Johnson first emerged in the Murdoch press.

The bigger problem is in broadcast, particularly the BBC. The BBC has a far broader reach than any newspaper, particularly over short periods such as an election campaign, and comes with the insignia of trustworthiness. Confected rows over red hats and edited laughter obscure far greater issues with the national broadcaster, which had a poor election.

To give one example, the Tories' 'dossier' on Labour spending included demonstrably wrong figures and came direct from the Conservatives' spin department. It should never have been given mainstream broadcast coverage – it should have been limited to an online fact check and tossed in the bin.

Its political reporters display all the flaws of the Westminster lobby, focused on trivia and rumours over what most people would consider they pay the license fee for – factual reporting and analysis.

But criticism of the BBC, however legitimate, largely obscures the biggest reason why Corbyn got such negative press coverage: Corbyn himself.

The fact is that Labour could not have chosen a more electorally toxic leader if they tried. A man who had fellow-travelled with the IRA and Hezbollah, had opposed Britain on the world stage at every opportunity for nearly 40 years – including the Falklands, Bosnia and Kosovo – and had a longstanding tolerance of anti-Semites in his own political proximity. He was always going to receive negative media coverage, for the simple reason that there was so much to be negative about.

There was nonsense reporting of course, but tabloid smears about Czech spies paled into insignificance against Corbyn's botched response to the Salisbury attack. Media coverage of Corbyn cut through because it was based on reality. This wasn't bacon sandwich stuff. As so often with Corbyn's leadership, it was predictable and predicted. A British electorate that – rightly or wrongly – has always given high priority to national security and defence just wasn't going to trust him the way left-wing activists did.

The former Labour press officer Matt Zarb-Cousin is right that the Tories get to "play politics on easy mode". But Johnson's personal ratings fell sharply during the election campaign. Media coverage of him was often negative – the last days of the election focused on a child on a hospital floor and the prime minister in a fridge.

The fact is Labour's next leader will get mauled by the Tory press. Labour just has to deal with that – factor it in when choosing a new leader, and find a way around it once the leader has been chosen. Attacks based on nothing will always have less impact than attacks based on something – people voted in 2015 based on Ed Miliband's uncertain leadership, not a bacon sandwich.

Seumas Milne was on a six-figure salary to figure out how to prevent Tory attacks on Corbyn from hitting home – he wasn't qualified for the task and was never up to the job. Corbyn himself didn't help. Unlike John McDonnell, he showed little willingness to draw a line under the question marks raised by his past career, and so the doubts grew larger the closer he seemed to reaching Downing Street.

It is an unfortunate reality that the British electorate sees 'strong' leadership in narrow terms, ignoring the variety of leadership styles that are accepted in other fields, from business to football. Strong leaders are Britain's penis extension, even as the electorate mandates the self-immolation of Britain's actual strength. That is the reality. Moaning about it won't make it go away.

Labour is a political party. Its leader and senior staff are among the most powerful and highest paid people in Britain. They are not refugees, or benefit claimants, or children in care. They do have a defence against media attacks. In fact, they are their own defence. That is their job.