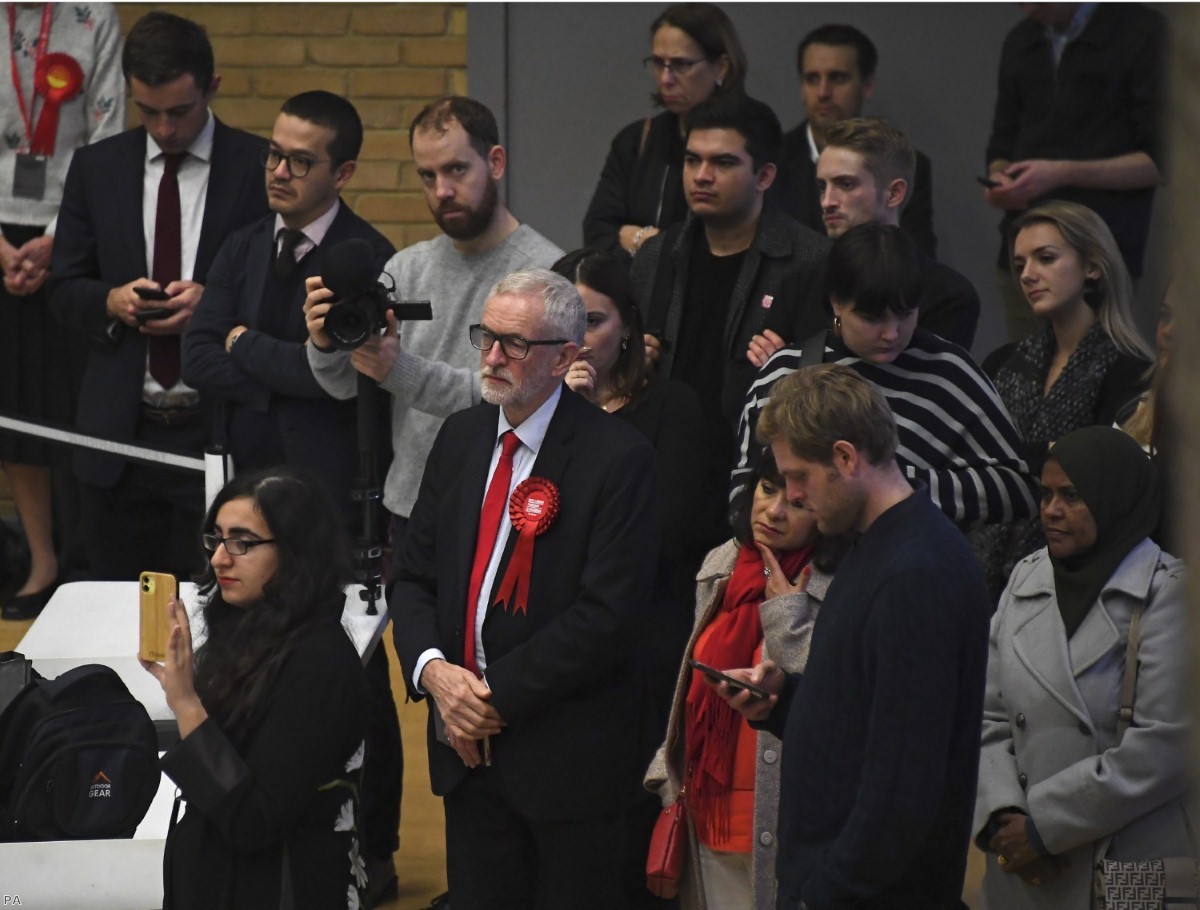 A night of horror: Now the fight for the left begins

The basic summary is as follows: total despair. Catastrophic era of darkness. The end of everything you value. Overall, not great.

Labour has been wiped out. Boris Johnson is triumphant. He is set for a majority, the likes of which we haven't seen since the New Labour years. It is a disaster of unmitigated proportions. This is the largest set-back for liberalism and the left since the referendum result and arguably even greater than that. It is a calamity.

Jeremy Corbyn announced he would not fight another election early this morning, after he secured re-election to his seat. And with that, the battle for the future of the Labour party began.

Corbyn said he would stay on to oversee the 'conversation' in Labour about his replacement. In reality that means he wants to ensure a successor of his preference. The unions will try to make sure that happens. They are unlikely to have any self-awareness or demonstrate much soul-searching about what has happened.

Corbyn supporters are screaming all sorts of nonsense, blaming Remainers and 'centrists' – a term which includes anyone on the non-Corbyn left – rather than the fact that their messiah was quite plainly and demonstrably ill-suited to the job and should never have been given so prolonged an opportunity to demonstrate that fact. It cost us everything.

It would be so easy now to slip into bitter tribal fighting. For years, critics of the Labour leader have been smeared and attacked by Corbyn supporters when they raised concerns and this is where it got us. The anger is completely justified.

But just because there's going to be a battle for the left doesn't mean that we should be simplistic about what happened here. If people pretend that this can all be fixed by simply replacing Corbyn, we'll never recover. If they assume that just 'moving to the centre' will win an election, they have failed to understand the seismic political times we live in. If they think that securing either a Leaver candidate or a Remainer candidate will sort everything, they've misunderstood what is happening.

This isn't the time for easy answers. The reality is that Labour cannot survive unless it has a coalition which spans metropolitan voters and those in northern towns, people who are working class and middle class, members who consider themselves socialists and consider themselves liberals. It must rebuild the progressive alliance and stop it from being splintered into the culture war. If it doesn't, all is lost.

Corbyn and his supporters made this point themselves. They were torn in two directions by Brexit so they dithered and then were eventually mangled into having basically no policy at all. Perhaps if he had started by saying he'd play a statesman role above the fray, it might have worked. But by the time he adopted his referendum-with-no-government-position policy, both Remainers and Leavers decided he was slippery and untrustworthy. Labour failed with Leave voters and Remain voters. Its support fell with both.

That same mistake doesn't have to happen again. This time, there can be an active thought-through approach, rather than one defined by constant retreat and ambiguity. One with left-wing policies, but not just a machine gun of nationalisation demands and spending promises which no-one believes will happen. One which has gravitas and mainstream presentability, but doesn't quiver with the limp poking-around-at-the-edges managerial policy proposals of later New Labour years. One with a leader who is authentic, but can reach out to the electorate rather than just their own rank and file. One which is committed to international institutions but is proud to celebrate its patriotism.

None of this is impossible. It can be done. And it must be. If there's any hope, that's where it lies.