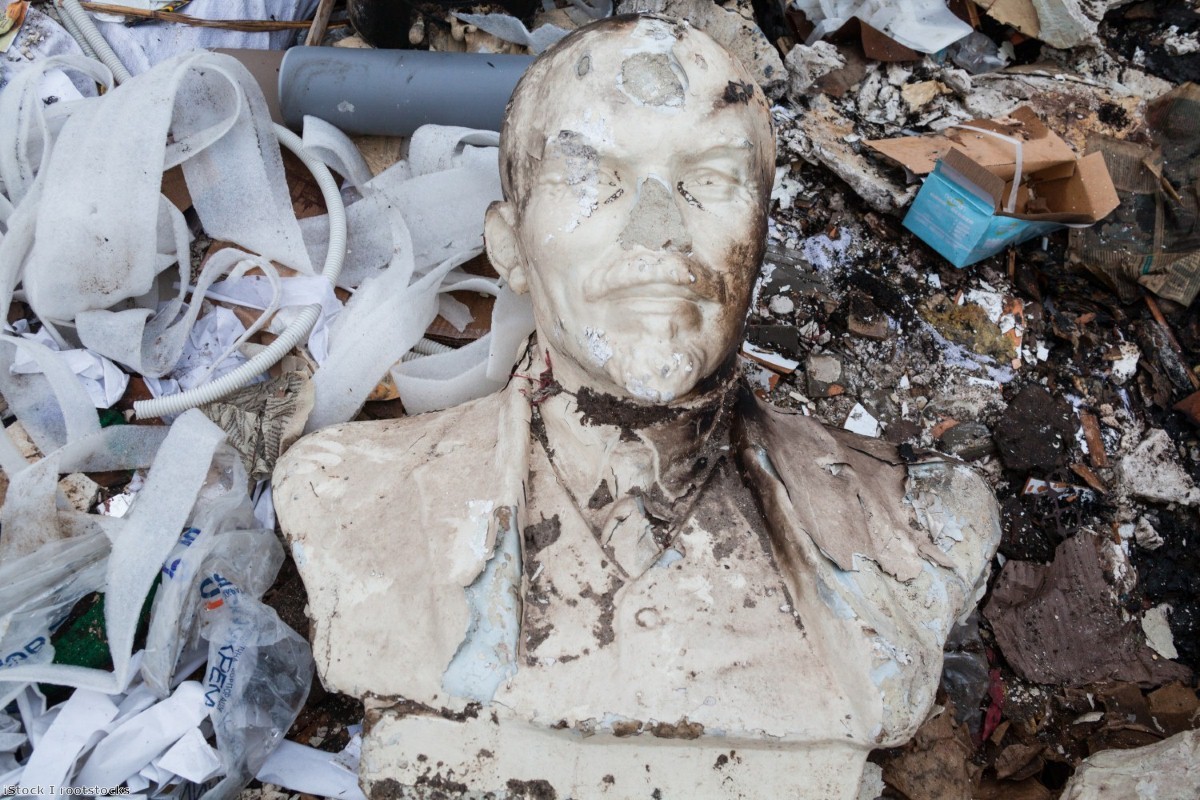 Week in Review: The battle against Tory Leninism

The game hasn't really changed, not since the summer of 2016. It just keeps getting worse.

You could sense at the time that something was breaking. The referendum was conducted through lies. They lied about the NHS, about Britain being powerless to block Turkish EU membership, about immigration from Iraq and Syria.

It was jarring. This was actually quite rare. Usually lying had consequences in politics. When a politician did it, it was held up to them by journalists and generally considered to make them look bad. So they tried to avoid it, or at least avoid doing it outright.

But now the playbook had changed. By telling the NHS lie, and having people counter it, the Vote Leave camp – headed by now-No.10 organiser Dominic Cummings – assumed it would spread the original claim and force to the opponent to argue on their terms. The referendum win was considered vindication of this strategy.

It wasn't really. It's not hard to win an election against the status quo where you don't have to actively specify an alternative. It happened in 2005 in France and the Netherlands on the EU constitution. It was especially likely, in retrospect, in a country that had just gone through the financial crash and years of austerity.

In Australia in 1999, the government held a referendum on the monarchy. For years polls showed public sympathy for republicanism. It should have been a yes vote. But instead of just asking yes or no, they outlined the alternative: a president appointed by parliament. And people rejected it, because the alternative was subject to the same scrutiny as the status quo.

Given what we've seen since the vote, with no majority support for any actual form of Brexit, the EU referendum would've likely gone the same way if there was specificity about the positive alternative, rather than just a channel to funnel grievance.

Winning a referendum on these terms did not mark some new kind of no-holds-barred political culture, or at least it didn't have to. But that, unfortunately, was how it was interpreted. It was treated as the end of an old age and the start of a new one.

The old rules were gone. Honesty didn't matter. Parliamentary scrutiny didn't matter. Honour didn't matter. You could do what you like. It was Tory Leninism: all out war, with no basis for consistency, or coherence, or basic moral disposition. It was as if Conservatism had its spirit sucked out of it – the desire to preserve – and replaced by a burn-it-down political puritanism, towards an end that no-one could ever really explain.

Was it Global Britain? Was it anti-immigrant Little Englandism? Did it care about the Union or did it want Scotland gone? Did it want to be friends with Europe or to shout about the war? Did it want to embrace the US? Did it want full sovereignty? If so, why so much emphasis on the WTO, which reduces it? What exactly did it want?

Watching the Conservative party since then has been like meeting someone you vaguely knew and finding their basic personality has completely changed, even on the smallest details, like eye contact or facial expressions. It was freaky. It still is. It's like something grim and malevolent has crawled into their skin.

This process was well underway with Theresa May. She tried to sideline parliament wherever she could. She repeatedly insisted on things which she must surely have known could not possibly be true. She tried to fight an election on an imagined conspiracy from the opposition and the House of Lords. She stoked resentment between parliament and the public.

But with the Vote Leave team in No.10, it is now on steroids. Lying is now part of the core operational model in Downing Street. Nothing Boris Johnson said on the campaign trail means anything. He plans for elections as he denies they will happen. He calls for a deal while making it impossible. He says no-deal is a million to one and then 50/50, when no underlying circumstance have changed. There is no sense of truthfulness from his administration and worst of all – none of  us expect there to be. It is priced-in. We work on the assumption that he is post-truth.

This week's attempt to suspend parliament brought it to the fore, in the most explicit form. It is an outright attempt to silence the representatives of the public on the most important issue of our lifetime. And it is done, of course, in the name of the will of the people. As the Telegraph front page said yesterday: "The prime minister must give effect to the will of the nation."

The will of the people is the siren song of tyrants. From Cromwell in the 1600s, to Robespierre a century later, to Hitler's 'volk' or Mussolini's 'razza', it's always the same. That doesn't mean the current government is as malevolent as those figures. It isn't. But it does mean the rhetoric has the same political DNA.

The will of the people is not singular. It is plural, diverse and often contradictory. We have a mechanism for expressing it. It is called parliament. People vote for their MP and they represent them. That is the real will of the people. The pretence that the leader has some sort of hidden communication to the soul of the nation is always authoritarian and always dangerous.

You have to fight it with everything you have. But this is not a new fight. It's the same one we've been having since the summer of 2016. And it is ultimately quite a traditional one. Opponents of the Conservative government have, in a sense, become true conservatives, in the best possible sense.

The party of traditional values has left the field of battle. So others have to keep the standard, to recognise what is worthwhile in this country: a stigma against lying in politics, a sense of honour and consistency in one's conduct, a rejection of authoritarian rhetoric presuming to know the people while ignoring them, and, most of all, a commitment to parliament as the forum in which politics is conducted and power held to account.

The week should have been depressing, but it wasn't really. Johnson and Cumming's move seemed to backfire. The MPs who wavered on how to fight no-deal now seemed firmer. The pro- and anti-Corbyn forces opposed to no-deal found that, for now at least, they had more that unites than divides them.

But most importantly, there was a genuine sense of outrage, which saw thousands come out onto the streets, all around the country, supporting parliamentary democracy. They were part of a great tradition – the greatest tradition – going back hundreds of years in this country, in which people stand up for the Commons against an overmighty executive. When MPs return next week, they should remember those scenes, and the historical importance of how they then proceed.