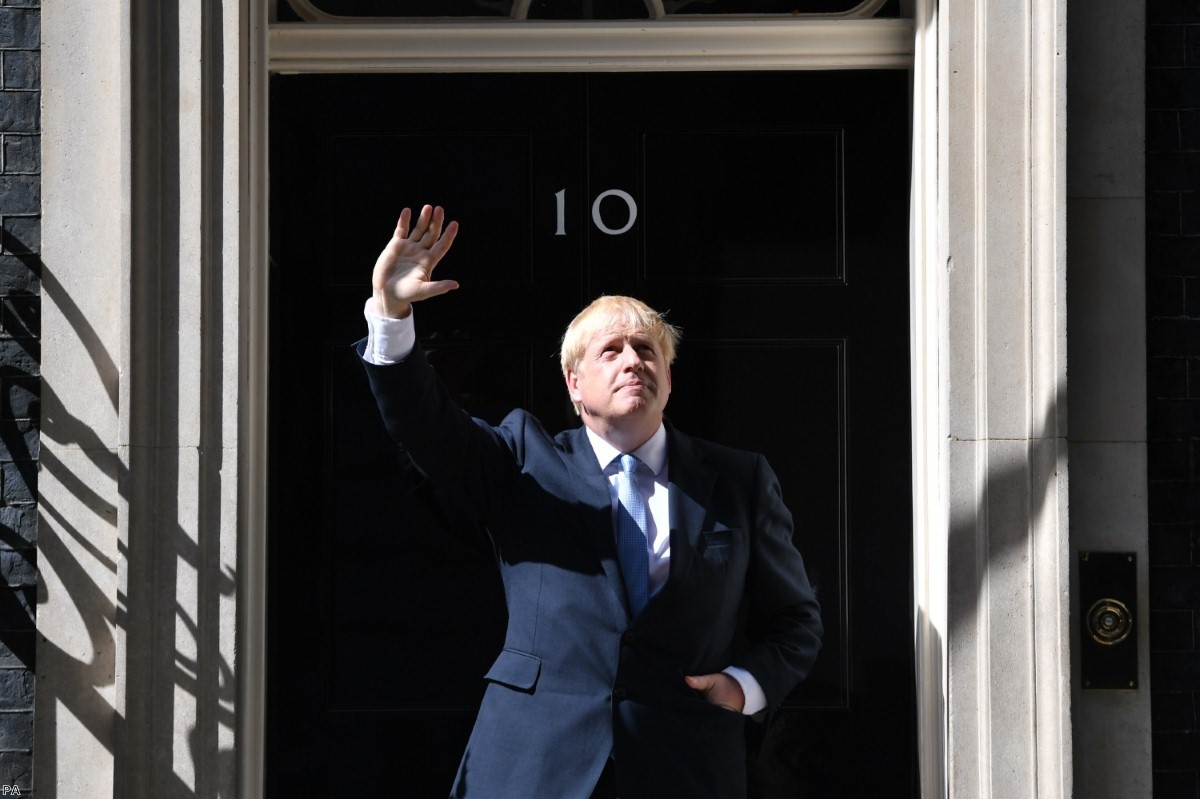 It's the old nationalist tactic: define any criticism of the leader as an attack on the nation. It took Boris Johnson less than a minute to do it.

He was stood outside Downing Street after coming back from meeting the Queen. This is usually a moment in which a prime minister tries to look statesmanlike. Even Margaret Thatcher had promised to address "discord" and bring "harmony".

That wasn't the approach Johnson took. The country had become trapped in the arguments of 2016, he insisted. But "the doubters, the gloomsters" were wrong. They were trying to "bet against Britain".

There it was. The boiler-plate libel: that critics of Brexit are against their own country. They are a fifth column, working against the interests of the nation.

He would try and sort out a negotiation with the EU. But he ruled out any backstop as "anti-democratic". So Britain would need to prepare for the possibility that "Brussels refuses to negotiate".

This was where he started to prepare the ground. He knows the EU won't budge on the backstop. Why should they? It protects one of their members. But Johnson won't conceed that. He clearly plans to try and make them look llike they're being intransigent. Nothing is ever the leader's fault in nationalism. It is always the fault of foreigners or traitors within.

And then he returned to the central theme. Some argued that Britain would struggle to prepare in time for no-deal, he said. But he had a response: "Do not underestimate this country."

There it was again. That same unmistakable message. To scrutinise or criticise the new government's programme was to be a traitor against Britain, or at the very least to fail to have sufficient loyalty towards it.

Johnson was straight-out-the-gate, starting as he meant to go on: jingoistic, aggressive, divisive. This is the first glimpse we got of how he'll govern.

But even as Johnson railed against his opponents, they were already taking position. As he spoke, he could barely make himself heard above the shouts of protest outside the gates of Downing Street.

It didn't just mark the strength of feeling against Johnson, it represented a block of disgruntled moderate Conservatives moving en-masse to the backbenches, to join the group already there. He doesn't have the working majority to counter that.

It's quite possible that the country will feel sympathetic to Johnson. Usually new prime ministers get a decent bump in the polls. But there was a niggle of doubt today during that speech, a sense that he wasn't actually all he'd been made out to be.

His allies in politics and the media constantly talk about how charismatic he is and how he reaches the parts other politicians do not. But the speech today, aside from its nationalist sections, was long-winded, lacking in vision, over-stuffed with promises, and lacking in gravitas. It was hard to imagine anyone – even his greatest supporters – getting particularly excited by it.

Johnson would make an excellent after-dinner speaker. He was good on Have I Got News For You. But there's a certain gravitas that comes with being prime minister that needs to be incorporated into the charisma and it's not clear he has got it, or that he is capable of emulating it.

Even worse, the speech wasn't even funny. "Never mind the backstop, the buck stops here," he said at one point. It was dad-joke central.

Is he really that good? Maybe not actually. Is he really that venal that he'd engage in the most base forms of nationalism? Well yes actually, it looks like he probably would. And that may very well get worse the harder things become for him.