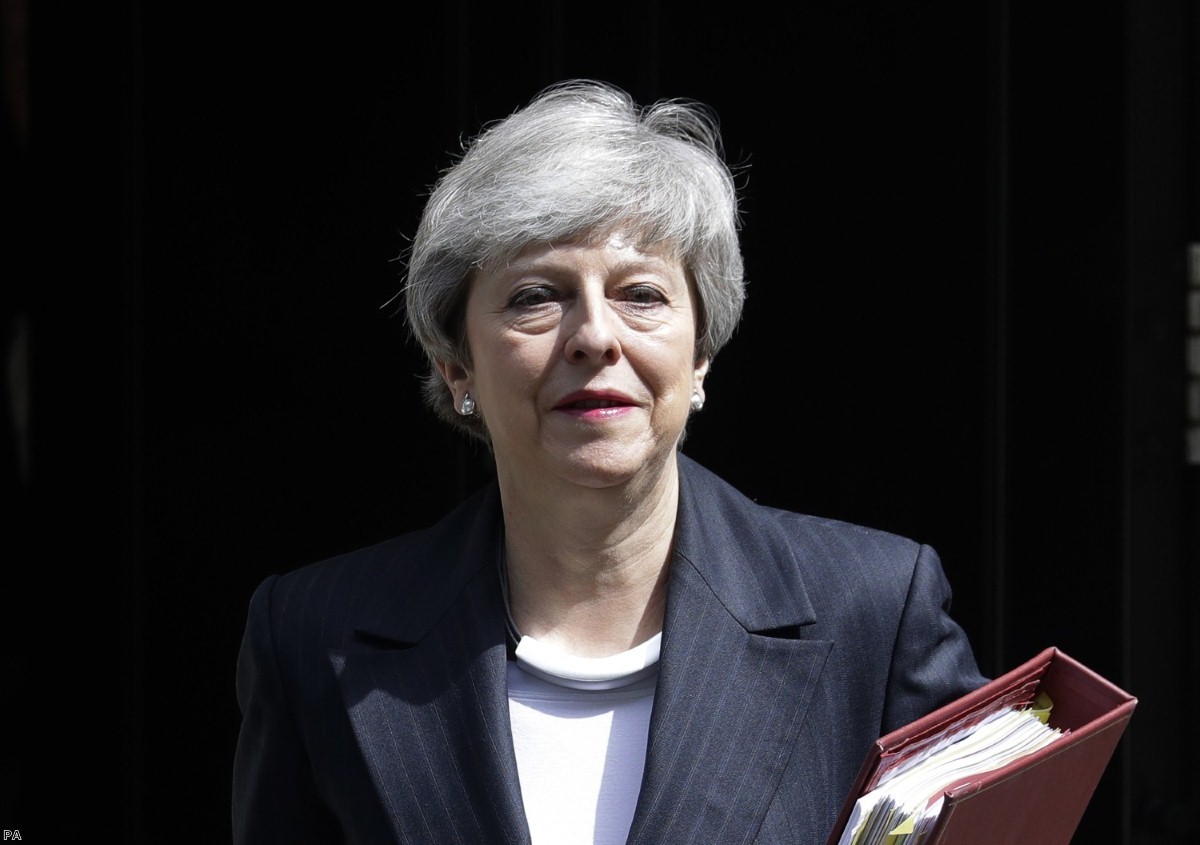 This prime minister was destroyed by Brexit. And the next one will be too.

Her options narrowed to zero. One by one, every course of action fell away until Theresa May looked like the most solitary and pointless figure on earth, with no allies, no course of action, and no purpose to doing anything in the first place.

Why even stay prime minister? The withdrawal bill was not going to get through, that much was obvious. Her initial dreams of insisting her administration would be about more than Brexit were long forgotten. She would never even be able to claim that she had at least delivered it. There was simply no reason to carry on.

She'd lost everything: Her Cabinet, her parliamentary party, her grassroots. Last night, Andrea Leadsom resigned – the 36th minister in a three year administration. It had a curious kind of symmetry to it: the last corpse May trod over to get into Downing Street was the final one out when her own time came to an end.

It is now clear that May will soon be gone, maybe tomorrow, maybe next week. She'll have a chance to resign. If she doesn't, the 1922 committee will probably move against her.

Brexit broke this prime minister, just like it broke the last one. But it won't end there. It'll break the next one too. And it'll keep on breaking them, until we admit what it is.

It is a beast. That's the honest truth of it. You can ignore it. You can write pieces about how we should all pretend the beast is not in the room and come back together as a country. You can urge people to look at how the beast has attractive ears, if you look at them in the right light, and try not to notice the claws or the great big slavering canines. You can stubbornly insist that people voted for the beast and refuse to pay attention to how it is ominously peering down at you. It doesn't matter. The beast remains a beast and eventually it'll eat you alive.

The truth about Brexit – the plain and simple truth of it, which no-one can make go away – is that it can only be done to a long timetable and with a lot of pain. It is fiendishly complicated. It requires the full capacity of the British political system for about five to seven years. The sacrifices it demands would probably never be accepted by parliament. And if you managed to get over all those obstacles, your only accomplishment would be to make the country poorer and weaker than it was before.

A true Brexiter, someone who was really committed to doing this, would not be lying and misleading, like May, or out on the street promoting their own pure ideological certainty, like Nigel Farage. They would be honest about the timeframe and the trade offs.

If the border is to remain open in Ireland as it is now, we need to accept the backstop and then a very close regulatory relationship. If you want free movement to end, you are cutting off services access to the continent, which is extremely harmful for an economy like the UK's. If you give up your role in Europe, you lose the ability to shape global regulations and will eventually have to get in line with rules you had no hand in forming. These are simple facts and no amount of gibberish about 'max-fac' or 'hybrid solutions' or 'alternative arrangements' has made them go away.

Maybe that's all worth it. But if so it needs someone who is prepared to say it – to level with voters about what is happening. Over the last three years we have seen a masterclass in the consequences of not doing so. Crazed secrecy, logical contortions, transparent parliamentary tricks, and the use of deception as a primary function of the operation of government.

The next Tory leader will find themselves in precisely this place, but much sooner. During the campaign, they will probably have to commit to renegotiations, which will not happen, and then no-deal. At that point, there are three potential outcomes.

The first, and most likely, is that they will decide not to do it. They will get the same top-level briefings May received on the short-term economic shock and the long term economic damage, on the security implications, on the likelihood of the eventual break-up of the UK. And there is a good chance, if they are rational, that at that point they will balk, just as she did.

If they balk, they will have to accept the existing divorce deal, with the backstop. Then we'll be back where we are now. The inane cries of betrayal and frustrated destiny will destroy them, as they did her.

The second is that they do not balk, but that parliament stops them. There are problems here. Without the European Union Withdrawal Act, there is no obvious way to take control of the parliamentary agenda again. But it is highly likely that John Bercow will provide one to stop a decision of this severity being inflicted on the country without parliamentary approval, probably through making neutral motions amendable. And then we'll be flung back into the same constitutional impasse we were in this winter. And all the inane cries of Remainer parliaments and a conspiracy in the establishment will return.

The third is that they succeed and execute no-deal. Then there will be short term chaos – massive traffic jams at the border, essential equipment and medical substances not getting in, an aggressive decline in sterling – followed by long-term stagnation and national decline. Suddenly all the people cheering on a no-deal prime minister will vanish. The one-third of the public who back it will forget they ever did so the moment they find the supermarket shelves empty. People only support extreme political ideas if they are confident they will not experience their consequences. Once they are actually inconvenienced, they will look for someone to blame. No-deal will destroy whoever is in charge at the time.

That's the outlook. Every outcome leads to doom. Brexit is a beast. It will trundle over political careers like they were ants beneath its talons.

There are only two options for the next Tory leader: Either cancel Brexit, which they will not do, or be honest with people about what it entails, which they will not do either. So the same thing will happen again, to someone else, in a slightly different way. And it'll keep on happening, until there is someone brave enough to say the thing that is so glaringly obvious: This is all a terrible mistake.